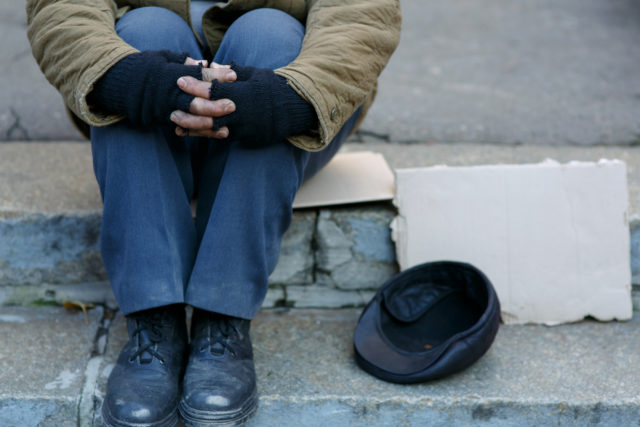 July 19 marked the third anniversary of the launch of Rebuilding Ireland, the government’s plan to address the housing and homeless crisis.

Any honest assessment of this policy will conclude that it has been an abject failure. The Government’s approach has left the Irish housing system in an even deeper crisis.

Fr. Peter McVerry SJ and the Jesuit Centre for Faith and Justice (JCFJ) have expressed their deep criticism of the government’s homelessness action plan, Rebuilding Ireland, on the third anniversary of its launch. According to Fr. McVerry in an Irish Times article, he stated the plan has been “an abject failure”.

Since the plan was launched, the official figures for homelessness have increased a full 65 percent.

And this does not include such hidden homelessness as migrants with refugee status who are unable to move out of direct provision for want of a home, people who are unable to leave the family home or have to bunk with relatives so as to stay off the street, etc.

And to this again such matters as exorbitant rental costs and the failure to roll out public-sector-built social housing, and the Irish housing crisis is truly (in Fr. Peter McVerry’s words) a ‘national shame’.

The government, which seems committed to leaving things in the hands of the private sector, have absolutely no effective response to it.

Working with Fr McVerry, the JCFJ has published a detailed proposal regarding the Rebuilding Ireland plan. From their press release:

The centre’s review highlights the fact that homelessness has been normalised in the time since the plan launched.

In the past three years, it has increased by two-thirds and now stands at more than 10,000 people, a figure that does not include many thousands more who make up the ‘hidden homeless’. Since 2016, social housing has been redefined, and is now provided privately, due to the HAP scheme, on which the Government spends more than €2 million a day.

“The official figures for those who are homeless has been above 10,000 for most of this year, which is 65% higher than when the plan intended to solve this problem was launched. That the figure is so high, ought to be a cause of national shame to a society as wealthy as contemporary Ireland.” – Fr Peter McVerry SJ

The responsibility of building more homes has been left almost exclusively to private developers, something which has been catastrophic for market affordability.

The rental crisis has reached new heights, and the creation of rental pressure zones, which 65 percent of the homes available to rent in Ireland are now located within, has added to this.

The number of listings on the AirBnB website skyrocketed during the past three years, making profit for those who are homeowners and making properties unavailable to those in need of a home.

The JCFJ urges the Government to adopt a fundamentally different approach to housing policy which does not have the market at its core.

It must vastly increase the construction of publicly owned housing; introduce legislation making it illegal to evict households into homelessness, for at three years; expand the mortgage-to-rent scheme; integrate intergenerational community planning, and; make housing policy the frontline of environmental policy.

Hear our prayer today for all women and men, boys and girls who are homeless this day.
For those sleeping under bridges, on park benches, in doorways or bus stations.
For those who can only find shelter for the night but must wander in the daytime.

For those who are afraid and hopeless.
For those who have been betrayed by our social safety net.
For all these people, we pray that you will provide shelter, security and hope.

We pray for those of us with warm houses and comfortable beds that we will not be lulled into complacency and forgetfulness.
Jesus, help us to see your face in the eyes of every homeless person we meet.

Empower us to work for justice and peace through words and deeds, and through the political means we have.
Give us open hearts to greet and meet homeless people.
In your name we pray. Amen.