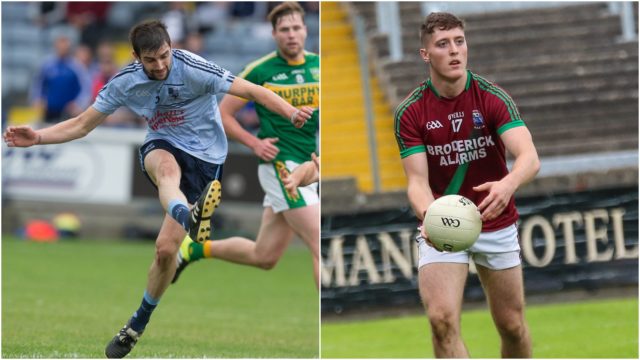 The midweek games are coming thick and fast in the Laois SFC and the Round 2 replay this evening between Ballyroan-Abbey and Portarlington will be the latest fixture in O’Moore Park.

For Ballyroan-Abbey it will be their fourth championship game in 16 days with a number of their players also playing hurling in that time period with either Abbeyleix or Park-Ratheniska/Timahoe.

They’re bound to have some tired bodies this evening but the counter of that is that it’s great to be getting such regular games and with a lot of young players that experience will bring them on a lot.

At the start of the year we had Port up as a side that might challenge Portlaoise. But there has been little evidence in their two games to date – against The Heath and Ballyroan-Abbey – that they are set to make that step up just yet.

Michael Tierney, Padraig McMahon and Diarmuid Whelan give Ballyroan-Abbey plenty of scoring options but Port aren’t short in that department with Colm Murphy their obvious go-to man and Jake Foster with nine points from play in two games.

Can Ballyroan go to the well again? Or will Portarlington’s young legs get the job done this time.

Both sides have plenty of scoring power but our sense is that Portarlington have more scope for improvement and they’ll get over the line this time and book a quarter-final place.

Story so far: This has been some journey for Ballyroan-Abbey so far – as this will be their fourth game of the championship and their second replay. They drew with Emo, beat them in the replay and then drew with Portarlington on Saturday.

Portarlington were 0-19 to 0-7 winners over The Heath in their opening round before rescuing a draw in this game on Saturday.

What happens next? The winners will go straight through to the quarter-finals while the losers will revert to Round 3.

Odds: Portarlington are hot favourites once again at 2/9 while Ballyroan-Abbey are 10/3 and the draw is 11/1