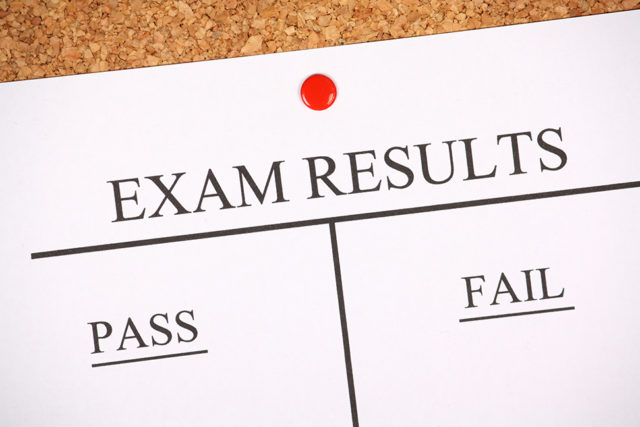 This week a lot of kids around the country received their Leaving Cert results.

For many, this is a significant milestone in their lives and for some, it is just a stepping stone and they will go on to find their way to the other side regardless of what is written on that little piece of paper.

However, and I don’t write this lightly having had many a discussion re the same with fellow teachers and students alike!

I have wanted to address this for many years but refrained for fear of being taken up incorrectly or my intentions being lost in translation as is often the case re social media, but here-goes!

Before you post memes about people who don’t have a Leaving Cert being more successful than those who do, just think first.

Of course there are people who do well regardless. State exam results don’t sum up a person’s worth or abilities. They don’t dictate how successful or otherwise they will be in life, we all know that. But for some, they will play a major part in their vision of how their future may play out.

Some kids won’t benefit from a thriving economic situation. Some won’t have the blessing of parents who can afford college fees or extra tuition.

Some won’t have people in positions to help them get jobs when they leave school or a monetary leg up as it were and some won’t even have any support whatsoever in their educational endeavours.

But they do it anyway! They stay in at the weekends when their friends go out and party, they ignore the ‘sesh’ posts online and put their heads in the books, dreaming of a better future.

They work in the evenings to pay for grinds in the subjects which might bring down their overall points tally. They go to bed in the early hours and get up at dawn just to get that extra bit of study in.

They do evening study, night study and morning study. They listen intently in class, spend hours on homework and practicing exam papers and often cry themselves to sleep with the stress of it all.

I know – I’ve seen it firsthand. So as social media goes into overdrive with all the reasons why the Leaving Cert isn’t important just remember that for some kids, at this particular moment in time, it’s everything.

It’s their golden ticket to another life, their path out of poverty, their right track, their self affirmation, the passport to their dreams.

It’s not just a meaningless piece of paper. These kids worked bloody hard, had a vision and delivered on that.

So no, your results aren’t everything. Yes, it is better to be kind than successful. No, not everyone with a degree is ‘intelligent’ and yes, there are people out there who didn’t even do their Leaving Cert and yet somehow the stars aligned and they did great anyway.

But for some kids, those who have given it everything, this is their time to reap the rewards of their hard work and their time to shine. Don’t take it away from them!

SEE ALSO – Check out all our Leaving Cert coverage here