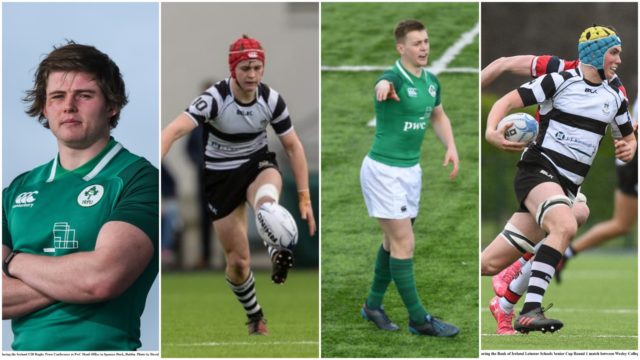 Four Laois men have been selected for the Leinster and Connacht ‘A’ teams for this year’s Celtic Cup.

Two Laois men take to the field for Leinster under coach Noel McNamara today, Saturday, at 2.30pm, while two togged out for Connacht yesterday.

Conor Kelly, who has played for Ireland at U-18 and U-19 level, takes up the mantle against Cardiff for the Leinster province this weekend.

Kelly, who is named at at fly-half, also made his AIL debut for Clontarf away against Young Munster last year, kicking a last-minute penalty to win by two points.

Maher is on a rugby scholarship in NUI Maynooth and plays his club rugby with NUIM Barnhall. Kelly and Maher have previously played together at schools level with Cistercian Roscrea.

Luc Culliton and Sean Masterson come in under the Connacht Eagles setup, who take on the Dragons from Wales.

Culliton, who has played football for O’Dempseys, has strong rugby pedigree. Also a former team-mate of Kelly and Maher in Cistercian Roscrea, his grandfather Gerry Culliton was capped 19 times for Ireland while his father Ronnie played senior club rugby with Dublin side Wanderers.

All three of Kelly, Maher and Masterson began their underage playing careers with Portlaoise while Culliton started out with Portarlington.

Portlaoise man Masterson, who played underage GAA with Park-Ratheniska and who is on the Connacht books alongside his brother Eoghan, lined out alongside Culliton in the backrow in Friday’s win in the Cardiff Arms Park. Culliton got one of the second-half tries in that game as Connact Eagles won 24-19.

Masterson has previously lined out for the Ireland U-20 team.

The Celtic Cup is the level below what the provinces first teams play at.