Gardai in Laois have launched an appeal for information after a parochial house in Laois was ransacked.

The incident took place in Rath, Ballybrittas on Tuesday at sometime between 12.45pm and 3.10pm.

Gardai say: “The Parochial house in Rath, Ballybrittas, County Laois was broken into on Tuesday and ransacked between 12:45pm and 3:10pm.

“If you passed by the area today and saw any persons or vehicles acting suspicious please let Portlaoise Gardaí know.”

They say: “Many people will be travelling by car to and from Electric Picnic. A dedicated Traffic management plan is in place for the event and we remind all motorist to abide by same.

“From a road safety perspective our priority is to ensure that people who travel to event are not put at risk by the minority of drivers who drive while under the influence of an intoxicant.

“Members of the Garda Roads Policing Unit will be conducting roadside screening at Mandatory Intoxicant Testing checkpoints on routes to and from Stradbally over the weekend. 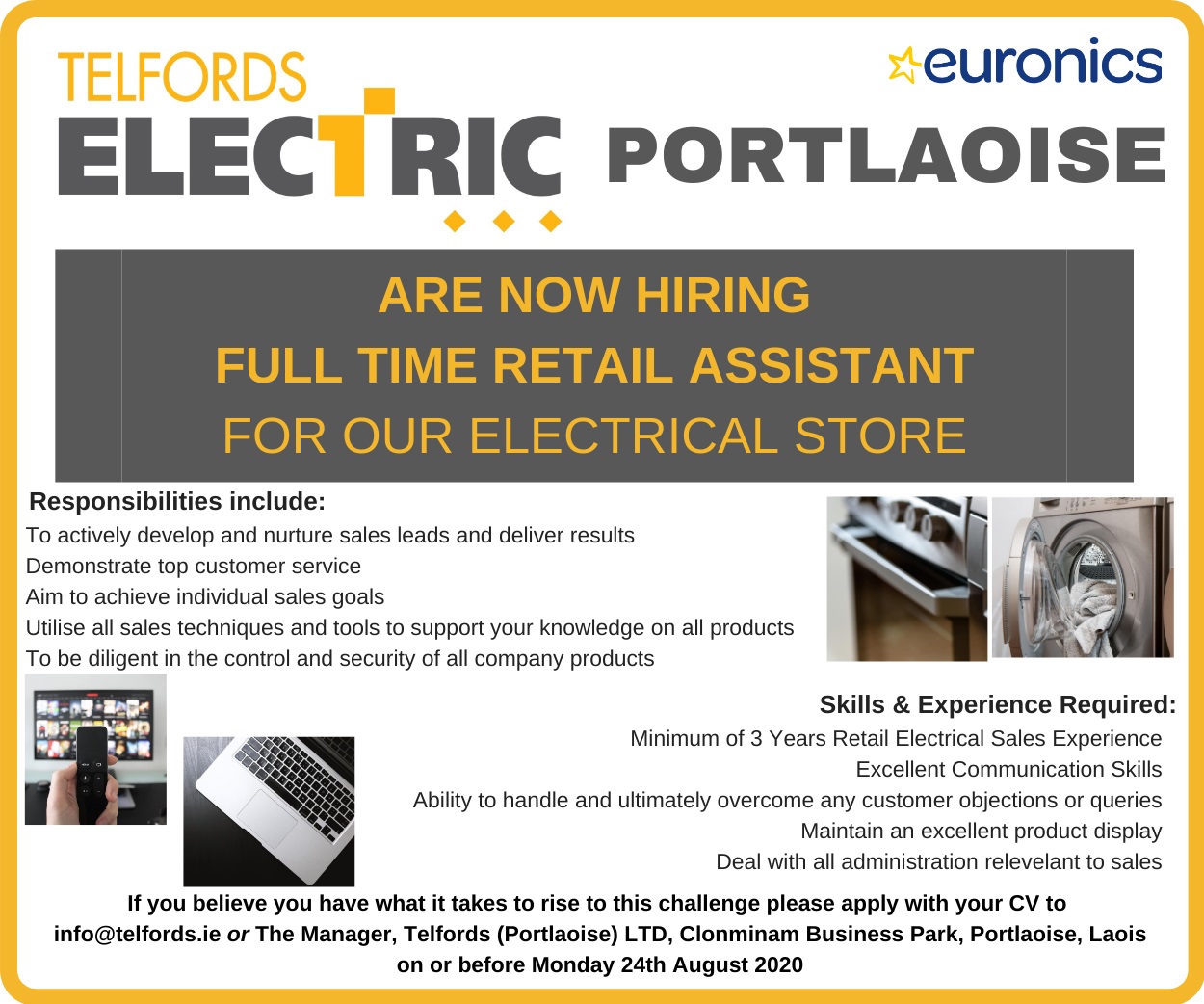 “The roadside test for drugs has enabled members of the roads policing units to identify those drivers who are under the influence of drugs.

“An Garda Síochána have the power to test drivers for the presence of Cannabis, Cocaine, Opiates (e.g. Morphine) and Benzodiazepines (e.g. Valium).

“Cannabis has been the most common illegal drug detected in drivers in 2018.

“There has been a 15% increase in DUI arrests (alcohol or drugs) in first four months of 2019.

“The penalty for drug driving is the same as for drink driving – a maximum of €5,000 fine and up to 6 months imprisonment with disqualification periods of up to 4 years for a first offence and 6 years for a second or subsequent offence.

“Don’t get into a car with anyone who has been drinking and if possible stop them from driving. Plan for your journey home on Monday.

“If driving the morning after remember that 11% of fatal collisions in which a driver had consumed alcohol occurred between the hours of 7am and 11am.

“A general rule states that it takes an hour for the effects of half a pint (or a glass of wine) to wear off. It takes your body one hour to process one standard drink and there’s no quick fix.

“Common examples of one standard drink include a half pint of beer / glass of wine (100ml) / pub measure of spirits (35.5ml).

“There is nothing you can do to remove alcohol from your body any quicker, only time. Common myths are that drinking coffee or having a shower will sober you up but these are simply not true. Even then it’s safer to avoid drinking.

“An Garda Siochana encourage people to consider using public transport to attend the event. Dedicated public transport routes along with an allocated drop off area close to the event entrance make this option an excellent alternative to using your car.”

Diary of a Stuck at Home Mum: Lockdown birthday, going to Carlow and pretend hugs