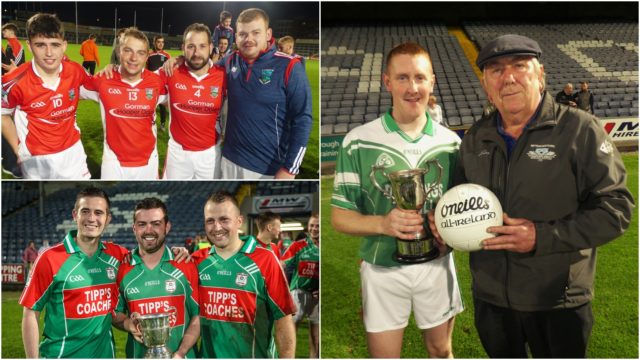 The Laois GAA club championships are continuing at full speed – with the senior football now down to the quarter-final stage, the senior hurling down to the last round of group games and four of the junior trophies handed out in the last two weeks.

In our our Championship Diary column, we look at some of the various stories and issues – and have an updated top scorers list from the Laois SFC.

The top three scorers in the Laois SFC are all players in clubs who are no longer in contention – Ross Munnelly (Arles-Kilcruise), Evan O’Carroll (Crettyard) and Donie Kingston (Arles-Killeen).

O’Carroll still has one game to play – the relegation final against The Heath – but Munnelly and Kingston’s club season is over, meaning that while they’re high up in the charts now, they’re hugely unlikely to stay there.

At the moment, Munnelly leads the way in the overall (frees and play) with 4-23, though he’s just three points clear of O’Carroll on 4-20 with the Crettyard man having played a game less. Donie Kingston is next with 3-20 with Portarlington’s Colm Murphy and Ballyroan-Abbey’s Diarmuid Whelan next in line.

Only Murphy, with Portarlington, of the top five remains in the championship and is a strong contender to be the top scorer come the end of the season.

But O’Dempsey’s, Portlaoise and Kilcavan have played just twice so there’s plenty of big forwards capable of coming in and shaking it all up yet.

O’Carroll and Ballyroan-Abbey’s Padraig McMahon are the championship’s joint top scorers from play with 4-9 apiece with Munnelly next in line with 2014. 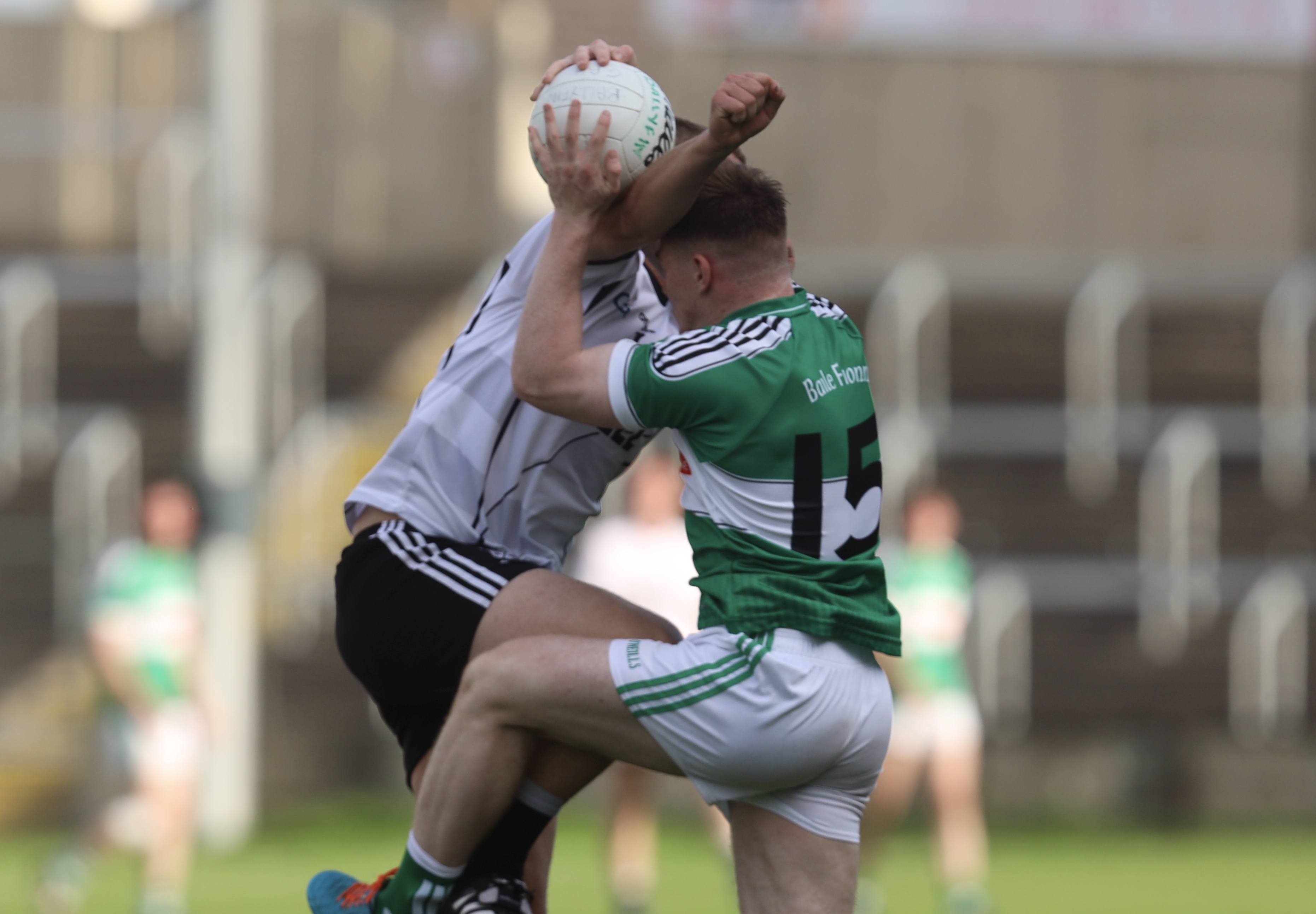 The Laois SFC Round 3 clash between Ballyfin and Arles-Killeen last Saturday was terrificly enjoyable as Ballyfin recorded a stunning 5-17 to 3-13 win to defy their 3/1 odds and book a quarter-final place for the first time.

Ballyfin’s 5-17 was the highest score recorded in the Laois SFC since Portlaoise hit Crettyard for 6-20 in 2012.

Having had a look at the scoring stats from the Laois SFC, a couple of things jumped out straight away.

The Heath and Crettyard will meet in the relegation final and neither can argue that they have shown anything but relegation form.

But Crettyard have one unwanted record to themselves – that of the worst defence having conceded an average of 21 points per game. The Heath are only the 5th worst with 17.33 but the only ones worse are Crettyard, Stradbally and Arles-Kilcruise (all relegation playoff teams) and Arles-Killeen.

Two years ago Mountmellick were playing in the fifth tier of Laois club hurling having been relegated to Junior ‘B’.

But they made their stay there a short one by comfortably winning the championship, beginning a run of results that now has them in an intermediate semi-final.

Last year they won the Junior ‘A’ and while they were badly beaten by Clough-Ballacolla in the opening round of this year’s intermediate championship, they have since beaten Ballypickas and Trumera, both after replays, to reach the last four where they’ll play Borris-Kilcotton.

The win over Trumera on Tuesday night means they’re now the last ‘first’ team in the Laois intermediate championship (Clough-Ballacolla and Camross are in the other semi-final) meaning they’ll now represent Laois in the Leinster junior regardless of what happens from here on in.

And they’re certain to have a road trip, with Laois having been drawn away to Longford or Wicklow. That’s a while away yet and Mountmellick have plenty of hurling to do still. But it’s a run of form they can be very proud of all the same. 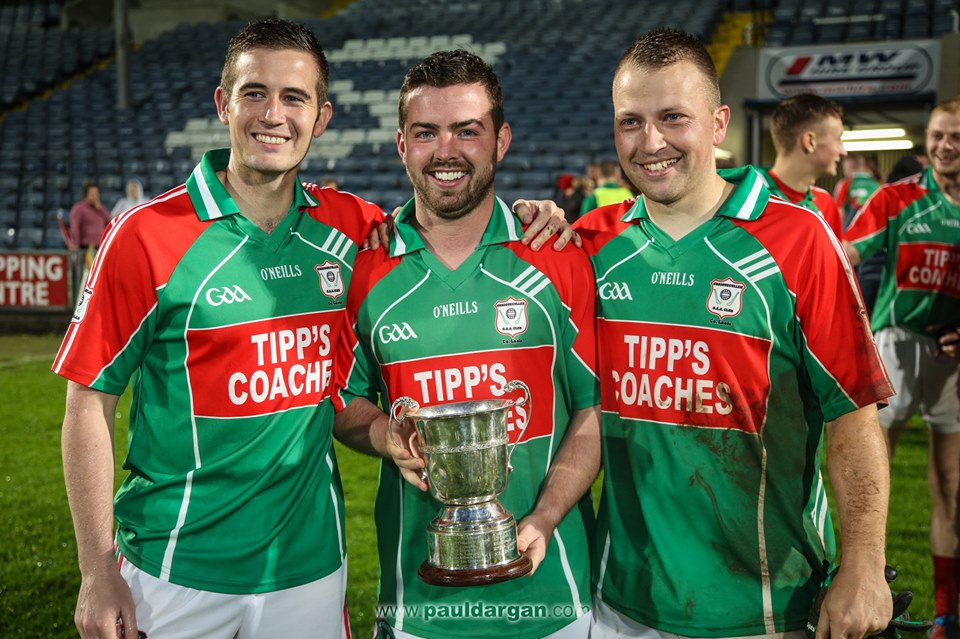 Junior titles a cause for celebration – and an unusual situation

Speaking of winning habits, the Errill footballers continued their remarkable run by claiming the Junior ‘B’ football title last week, their second time in three years to win that particular championship and their third time in four years to win a football county final having won the Junior ‘C’ in 2016.

The Junior ‘B’ hurling final saw something of a shock result with Mountrath managing to overturn a 21-point loss to Camross in the opening round to beat them by seven for a rare county final triumph for the club.

The Junior ‘C’ football title was won comfortably by Graiguecullen as they were 20-point winners over Colt but it leaves the lower junior grades in a funny place for next year as Graigue are almost certain to be relegated from the Junior ‘A’ having withdrawn from the competition.

Unusually they see one of their teams relegation to Junior ‘B’ and another promoted to the same competition. But it’s likely that their third team will remain in Junior ‘C’ with their second team in Junior ‘B’.