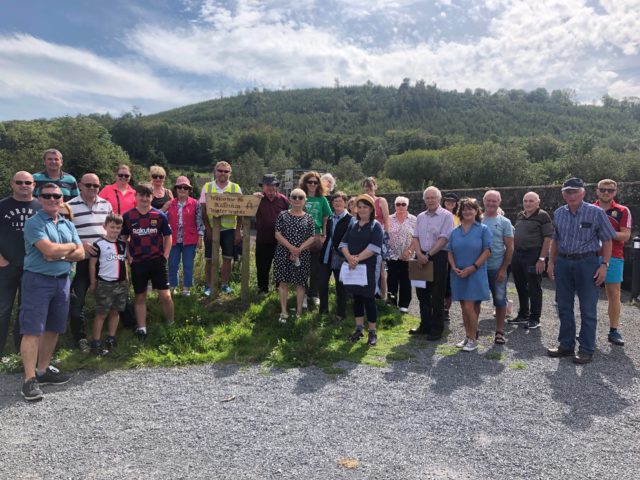 There was a fantastic turnout for a History Heritage and Biodiversity Walk in the Killeshin Waterworks on Saturday 24th August with a large crowd in attendance.

The walk was led by industrial archaeologist Fred Hamond from Northern Ireland and Laois Biologist Dr Fiona McGowan who took the walk to all parts of the amenity park stopping off to give insight into the history and ecology of the area.

Fred and Fiona have recently completed a Built Heritage and Biodiversity Study of the Killeshin Waterworks respectively and were present on Saturday to showcase and discuss their findings.

The Killeshin Waterworks reservoir was built over three years between 1894 and 1897 to provide a larger supply of water to Carlow Town at a total cost of £9429.

Upon completion copies of local and national newspapers, a bottle containing a gold sovereign, a silver five shilling piece and a copper penny were placed inside the cavity at the base of the new dam. The water from the reservoir was filtered onsite in Killeshin.

The filtration of suspended solids was carried out in two filter beds a short distance below the dam. These beds were filled with sand through which the water percolated under gravity.

The filtered water then passed into a covered holding tank at the east end of the site. These filters had a designed capacity of 121,500 gallons per day and the clear water tank held 143,000 gallons.

The filtered water was then piped from the Killeshin Waterworks to Carlow Town, 100 metres below, using only gravity as a means to transport the water.

On the Heritage Week Walk, the original gravity type dam wall, bypass channel, draw-off tower, overflow culverts and sluice gate were all examined in great detail along with a later discussion on the workings of the filter beds and filter house which still exist on the site.

Local man, Pat Kinsella was also in attendance and he gave a great insight into the filtration process having spent his early life working with his father who was the caretaker of the Killeshin Waterworks.

Dr Fiona McGowan explored the flora and fauna of the largely Hazel-dominated woodland which is the more important habitat found on the site dominating the landscape that encircles the reservoir.

This woodland has only developed since the construction of the reservoir in the late 19th century. This makes the woodland relatively young in ecological terms.

Sightings of rare male and female common blue butterflies were made on the day and there is evidence of red squirrels, otters, hedgehogs, pygmy shrews and foxes in the amenity park.

Fiona identified many plant and tree species on the tour and was heartened by the thriving ash trees present. She explained how Ash trees are under threat in Ireland and across Europe from Ash dieback disease.

It is thought that we may eventually lose up to 90% of our Ash trees in Ireland. This fungal disease (Chalara fraxinea) reached Ireland in recent years and has now been found in every county.

The Killeshin Waterworks Committee would like to thank everybody who attended and supported the walk and for making this Heritage Week event such a success.

In particular they would like to thank Basil Mannion and Waterways Ireland for sponsoring the event, Fred Hamond and Dr Fiona McGowan for leading the walk and members of the Killeshin Community for their continued support to volunteer to keep the Killeshin Waterworks so tidy and well maintained.

The Killeshin Waterworks Amenity Park is a place of tranquillity and natural beauty with many walkers utilising the 650m track around the reservoir and exploring the surrounding woodland.

The Killeshin Waterworks Committee was established approximately a year ago and have so far had these two aforementioned reports commissioned as well as organising clean up days and necessary maintenance of the park.

They hope to organise more events in the future and to continue to safeguard and promote the historical heritage and ecology of the Amenity Park. 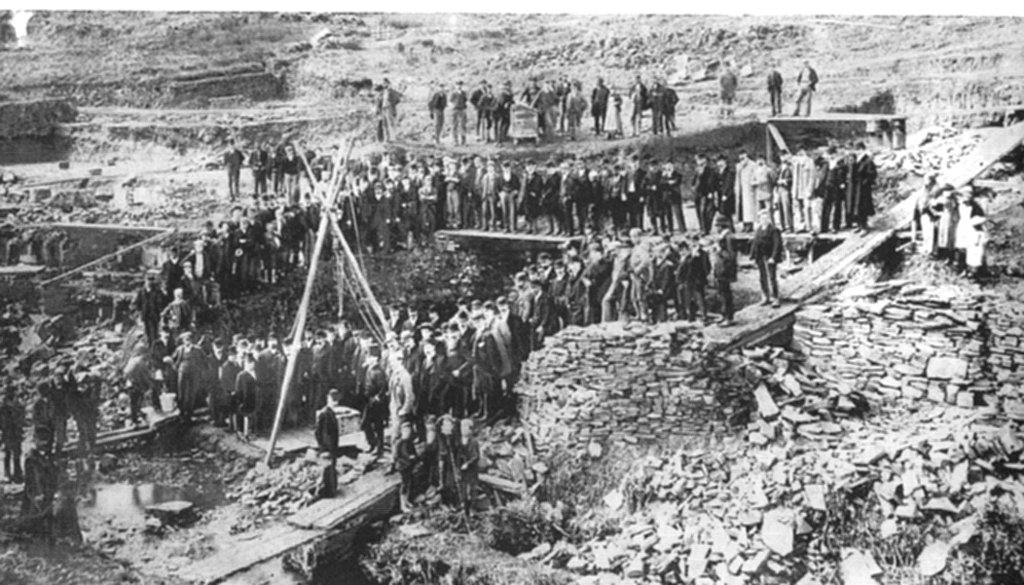 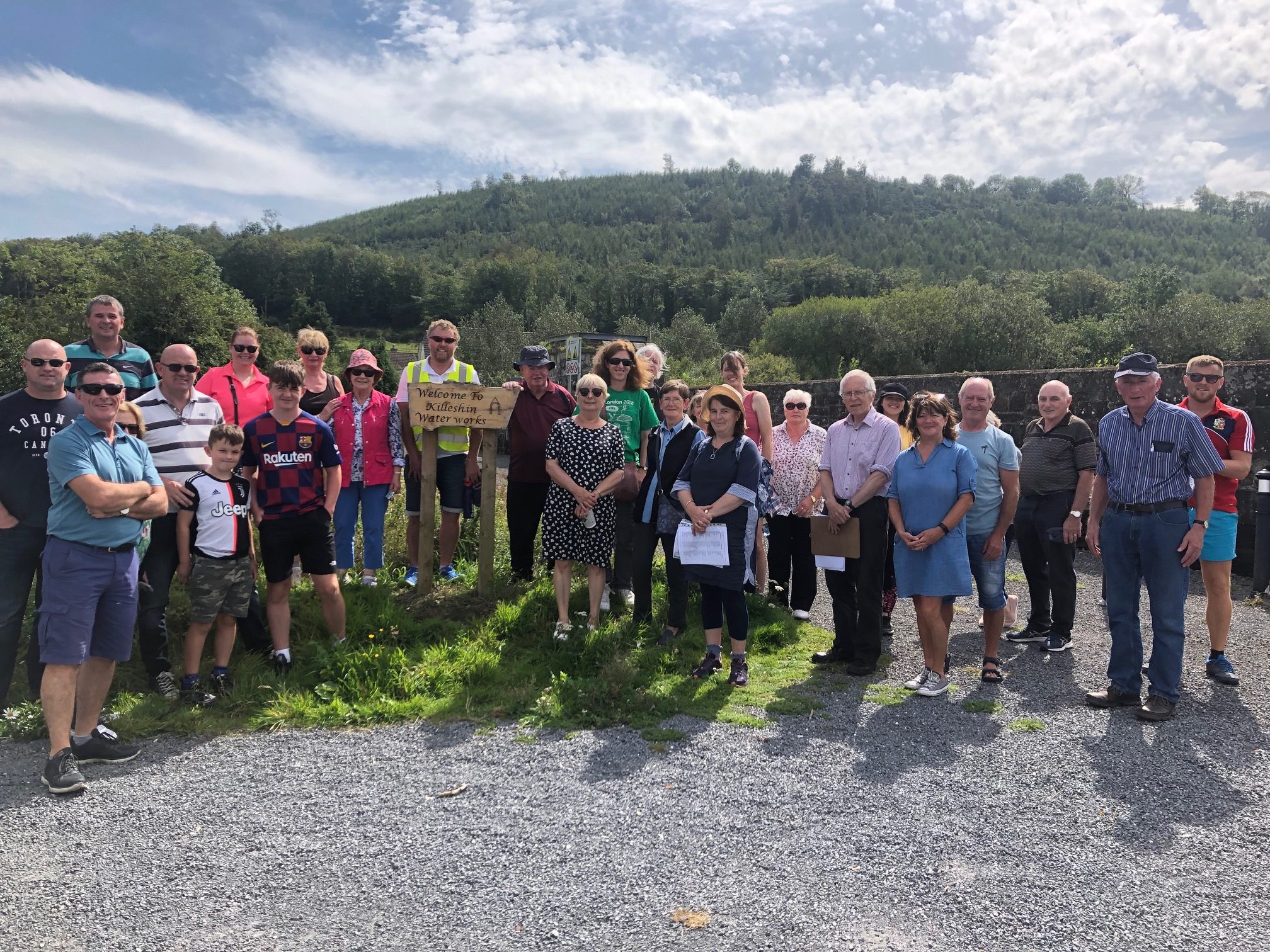 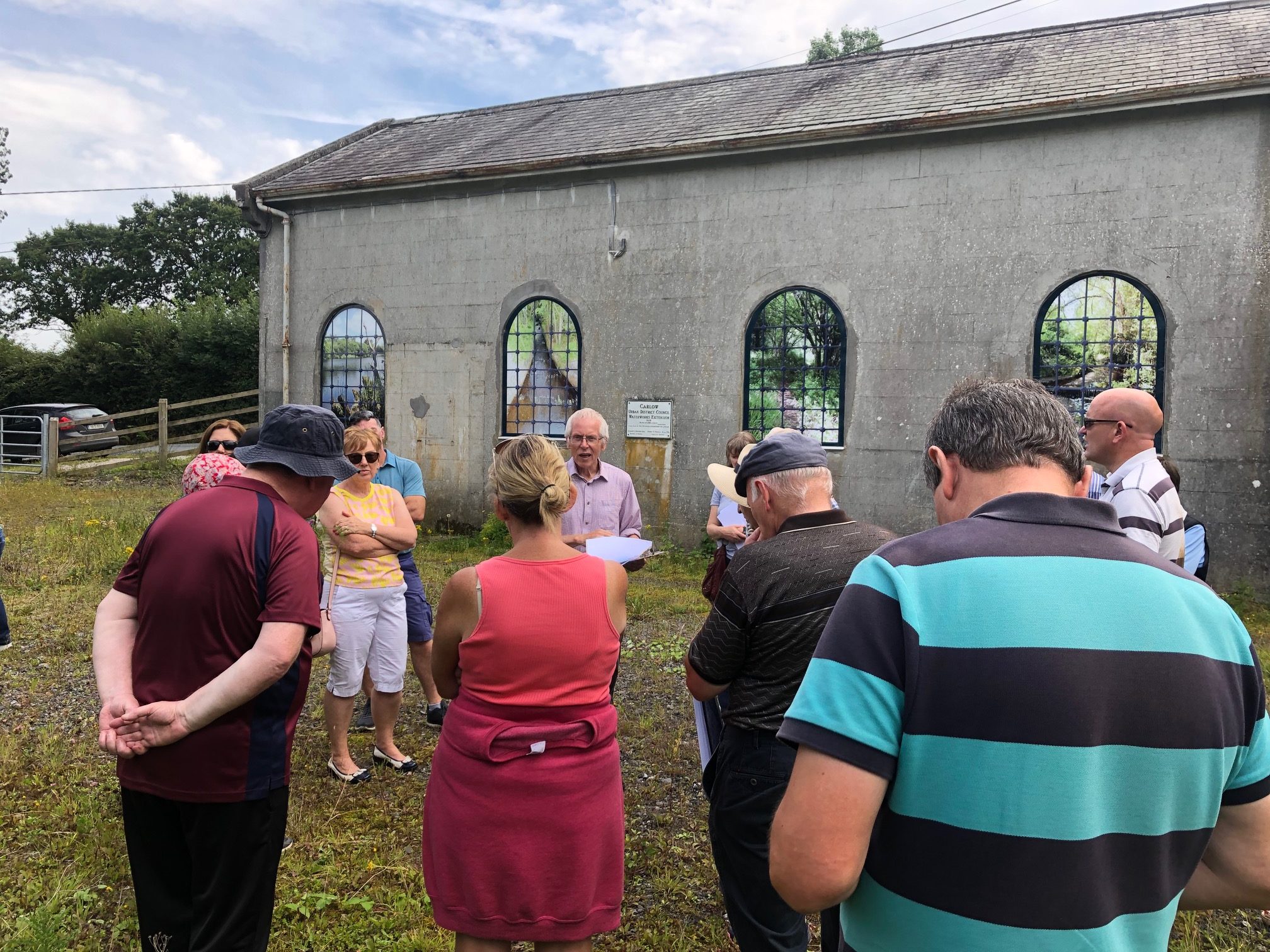 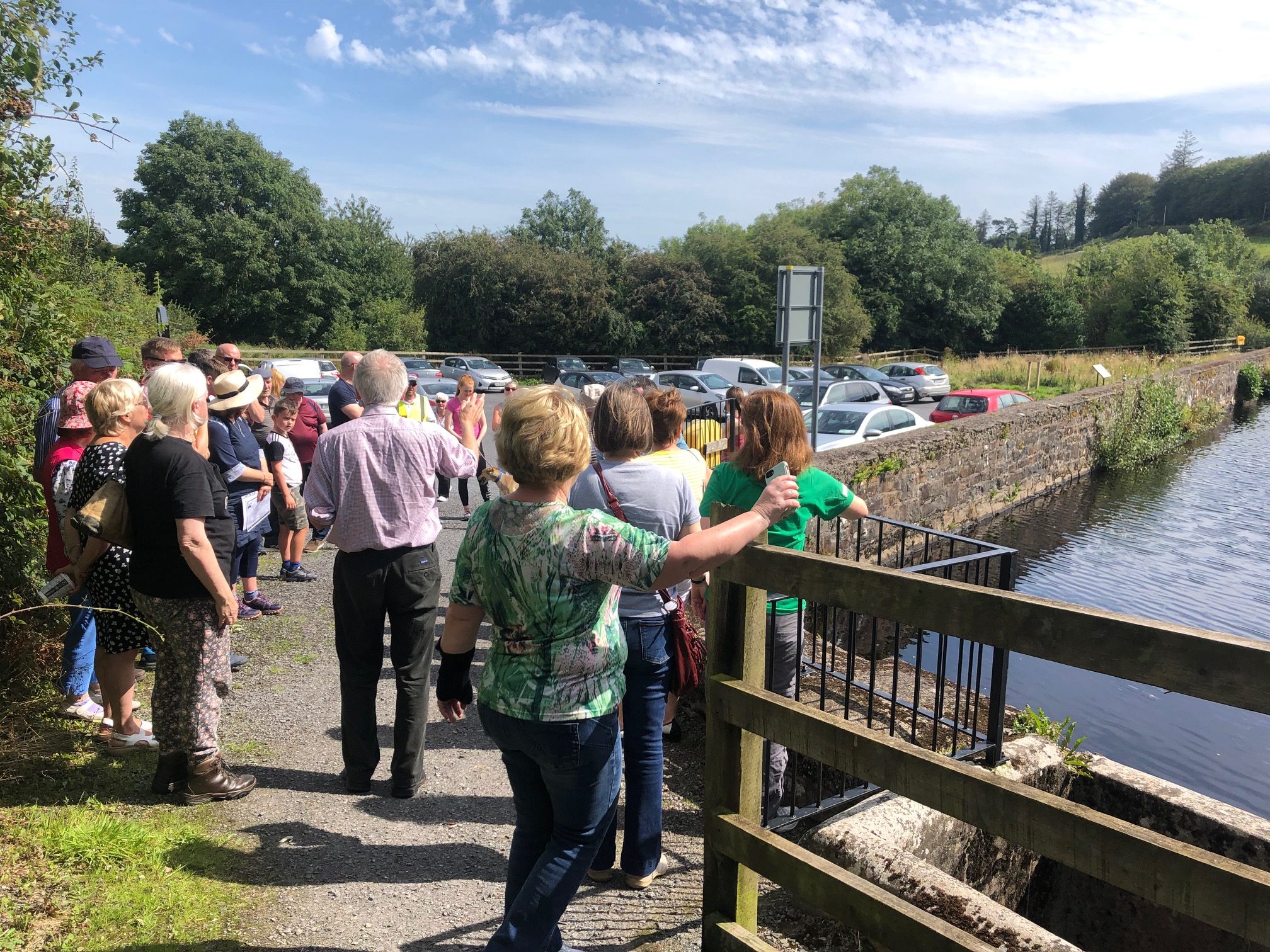 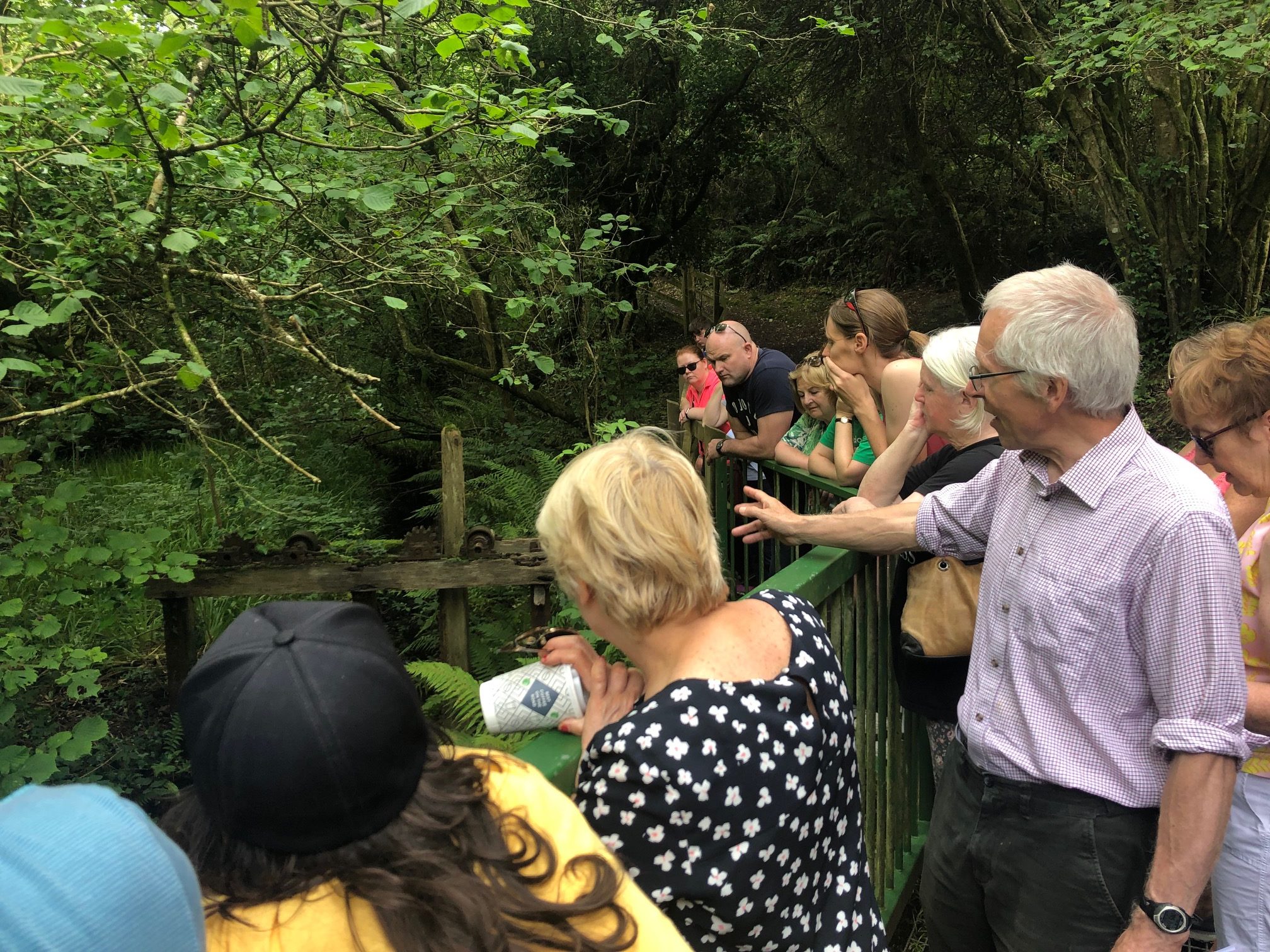 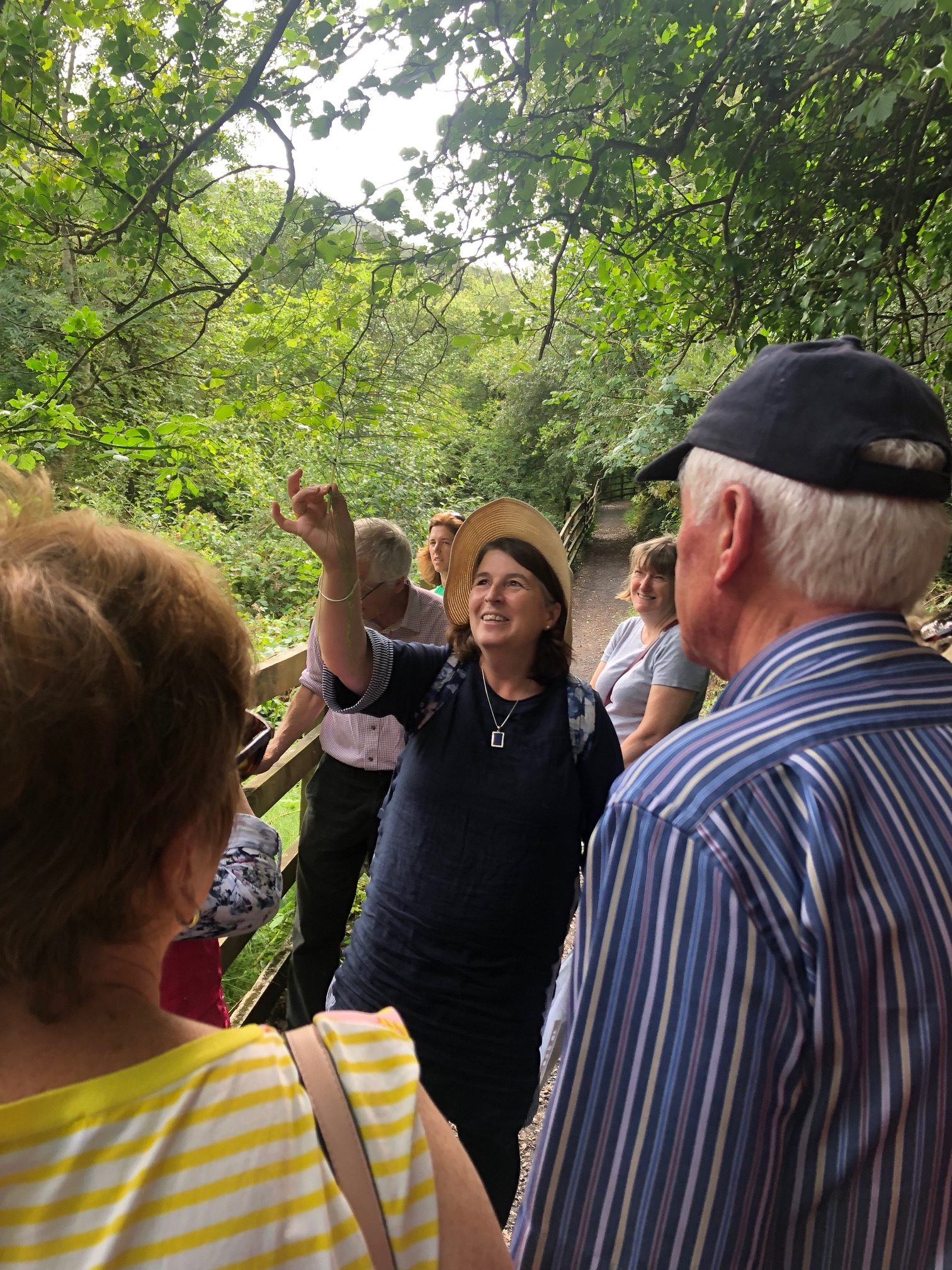