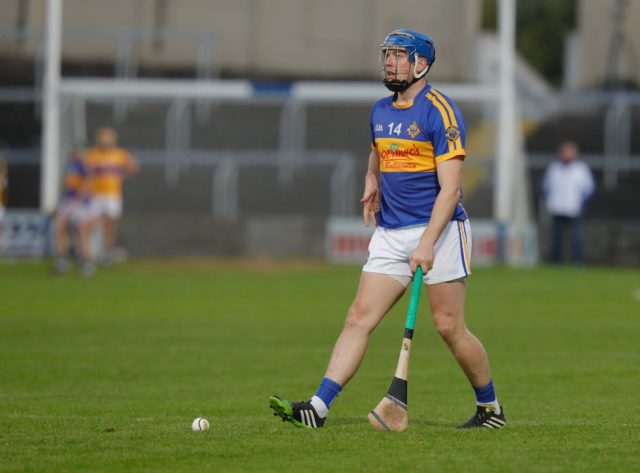 Clough-Ballacolla continued their unbeaten run in this year’s Laois SHC as they turned the tables on Camross to top the group and book their place in this year’s semi-final.

The result brings to an end Clough-Ballacolla’s dreadful run of results against Camross – one that included a county final and two league finals – and is their first win in this championship fixture since the 2015 county final.

Both sides were already through prior to tonight’s game but pyschologically Clough-Ballacolla needed to win it, particularly with this year’s league final collapse still fresh in the memory.

They played like a side with that in their minds too, working incredibly hard from the start and putting in a couple of big hits in the opening half.

Camross got the first three points of the second hald and Clough-Ballacolla would have been forgiven for feeling a sense of deja vu from the league final.

Instead they took control. Maher continued to point the frees, Stephen Bergin, Dunphy and a Danny Hanlon free stretched them clear.

Holmes frees just about kept Camross on it with Tomas Burke and Darren Gilmartin pointing from play.

Ballacolla now go through to the semi-finals in four weeks time.

Camross are back in two weeks time for a quarter-final clash against Castletown or Ballinakill.