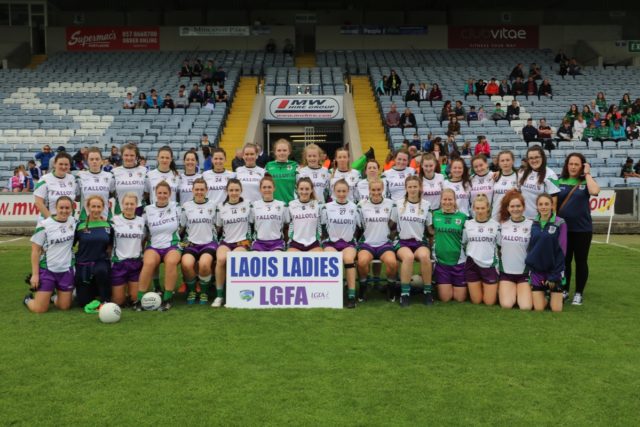 Clonaslee are Junior champions after a superb victory over Ballyfin with Hannah Russell having a wonderful game at full-forward.

Clonaslee began the game with fire in their bellies as they held Ballyfin scoreless for the ten minutes.

Hannah Russell getting the first score from a free. Kate Conroy tapped over from play before Russell fired over another free.

Clonaslee were then awarded a penalty which Emily Corbett slotted beyond Megan Fitzpatrick. Conroy got another point from play as Clonaslee were rampant in their attacks.

Russell set up Roisin Poole for Clonaslee’s second goal on the tenth minute as Ballyfin were struggling to handle their attacking threat.

Ballyfin were then awarded two penalties in succession with Niamh O’Rourke slotting both them into the back of the net.

Ballyfin got their third goal shortly after as Edel Finn raised a green flag. Conroy pointed from play to leave four between the sides.

Odile Fitzpatrick got Ballyfin’s next two scores before half-time before Clonaslee got in for their fourth goal as Russell raised another green flag.

Clonaslee started the second-half just like the first with a barrage of scores. Russell firing over three frees before Roisin Poole got a point from play.

Fitzpatrick pointed a free for Ballyfin as they were second-best in all areas. Russell fired over two more points from play before Pauline Keating got in for a goal.

Russell pointing yet again before Clonaslee’s sixth goal. Rose Dunne driving the ball beyond Fitzpatrick in the Ballyfin goal.

Russell was at it again as she got in for another goal. Fitzpatrick did notch a goal for Ballyfin, but the game was well over.

Corbett ended the game’s scoring with another goal as Clonaslee romped to victory to secure the Junior title. 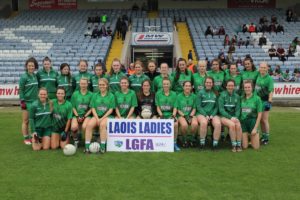 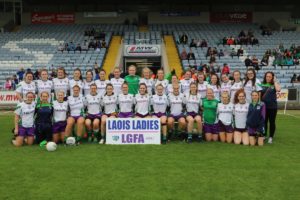