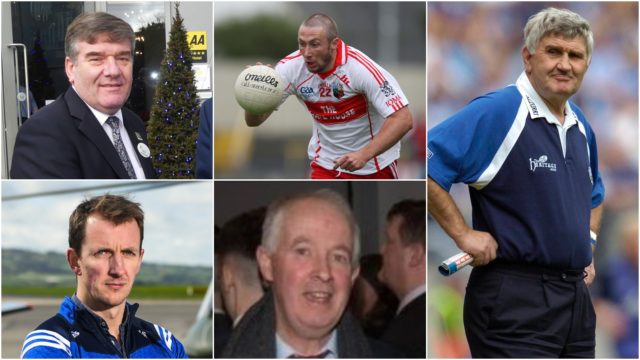 Today they travel to Croke Park seeking to deny Dublin an historic five-in-a-row in the All Ireland football final replay.

The Kerry links are everywhere. Earlier this week we broke the story that former Kerry player Micheal Quirke is to be appointed the new Laois manager, taking over from another Kerry native John Sugrue.

Indeed when Quirke is ratified he will become the fifth Kerry man to manage Laois.

But it’s not just Kerry managers that have had a big impact on Laois GAA. A variety of Kerry men – from managers to players, school teachers to officials – have made their presence felt in the county over a long number of years.

Here we take a look at some of them. 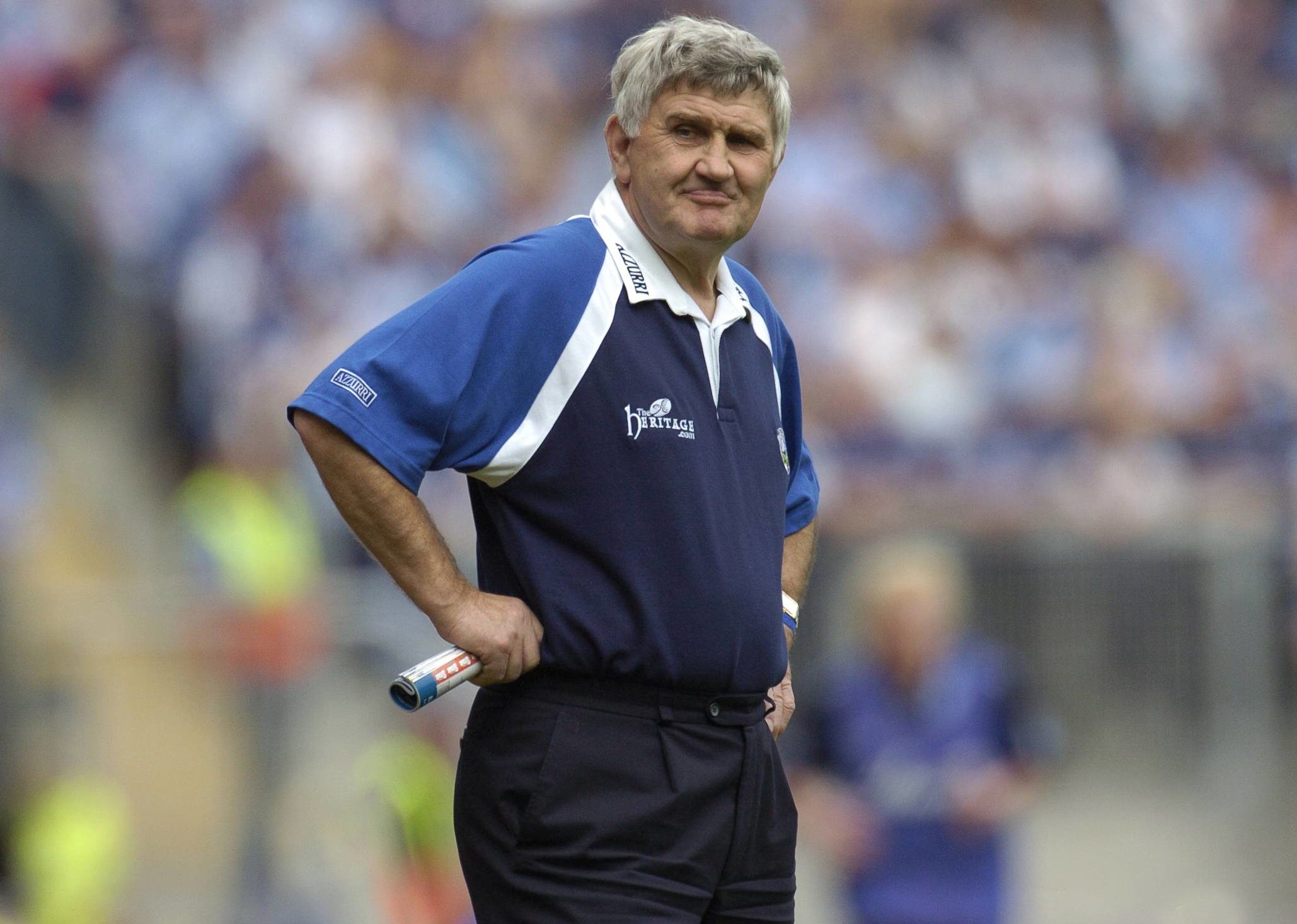 Mick O’Dwyer is one of the footballing and managing greats, so when he came to the helm of Laois football in 2002 the expectations were sky high.

He did not dissapoint as he ended Laois’s 57 year wait for a Leinster title in the following year of 2003.

He led Laois to consecutive Leinster finals in 2004 and 2005 before announcing before the 2006 season it would be his last.

What a glorious era!

John Sugrue is the name with the most recent impact on this list, the Laois senior football manager from 2018 to 2019, before he stepped down, although his tenure was short it was an extremely progressive period.

Sugrue led Laois to the Division 4 league final where they beat Carlow in 2018 and in the same year contested Laois’s first Leinster final since 2007 against Dublin.

In 2019, Sugrue brought Laois back to back promotions with them losing the Division 3 league final to Westmeath, in a turn around of events Laois would go on to beat Westmeath in the first round of the championship before losing to Meath in the Leisnter Semi-Final.

Sugrue is also an active member of the Park-Ratheniska GAA club and helps sports players from all over the county with his physio service. 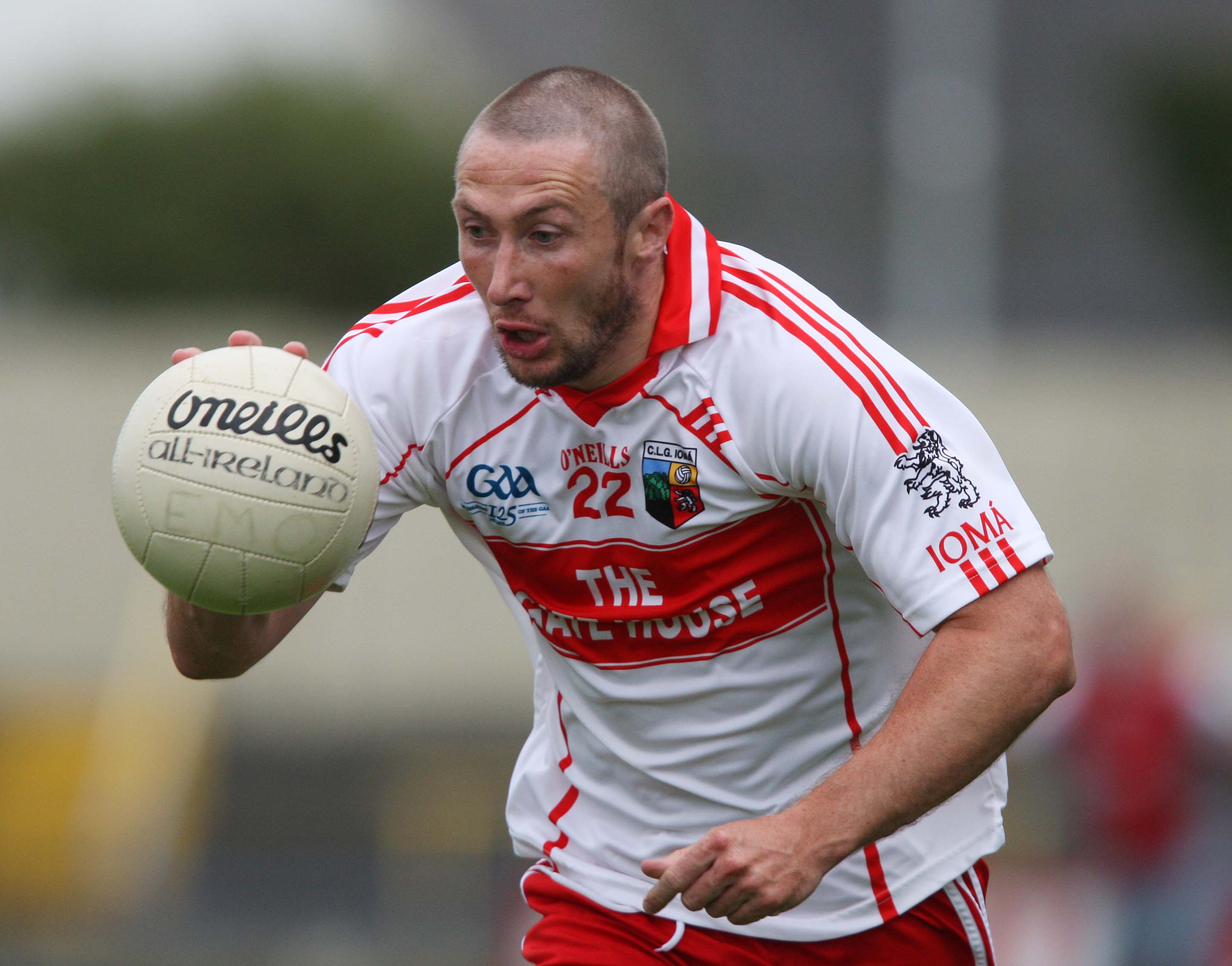 Billy Sheehan in action for Emo against Arles Killeen in the SFC at O’Moore Park.

Sheehan is a Tralee born footballer who made contributions to the Emo GAA club as well as the Laois senior team.

Born in Tralee, Sheehan played for Austin Stacks GAA in Kerry and the Kerry senior team before transferring to Emo in 2004 and was immediately called up to the Laois team by the aforementioned, and fellow Kerryman Mick O’Dwyer.

Sheehan won a Division 1 league final with Emo in 2005 and an Intermediate championship with them in 2012.

Sheehan had a long career with Laois, starting in 2004 Sheehan contested Leinster finals in 2005 and 2007 before retiring from inter-county football in 2015.

Having grown up in the Chorca Dhuibhne Gaeltacht on the far side of Dingle, Jim Sayers came to live in Laois in the 1940s when he initially took up a teaching post in Rathdowney.

Having played with Dingle and Kerry he was brought on to the Laois team and was on the side that won the Leinster title in 1946. When he took up a job in Timahoe, where he’d remain for the rest of his teaching career, he became known simply as ‘The Master’ and introduced organised juvenile coaching to the area, something that was almost unheard of at the time.

That led almost directly to Timahoe establishing themselves as a force in the Laois senior football championship and to their sole success in 1969, when Sayers was part of the management team. He died in 2006 but when the club celebrated the 50th anniversary of that triumph earlier this year, he was still very fondly remembered. His grand-son Padraig Clancy was on the Laois team that won Leinster in 2003, one of the few direct links between the two teams. 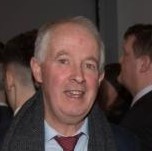 From the West Kerry peninsula, Ashe is another teacher who made an immense contribution to young Laois footballers.

Served as principal of the boys primary school in Stradbally (and in latter years the new mixed St Colman’s NS) for 27 years and coached numerous future Laois players and senior county champions in Stradbally.

Retired in 2015 when he was honoured by both Stradbally and Annanough GAA clubs whose players he helped nurture in their early years.

Tomas O Flaharta was the Laois senior football manager from 2013-2015, in that period Laois contested in the Division 2 National league and maintained their status both years.

A lack of championship success ended O’Flaharta’s tenure in 2015 but during his period as manager he brought through the likes of Graham Brody and Paul Kingston who are now integral members of the Laois team.

Although O’Flaharta managed Laois for a period, perhaps the most influential thing O’Flaharta did was against Laois in the 2004 Leinster final when he was Paidi O Sé’s very visible presence on the sideline when Westmeath got the better of Laois.

Liam Kearns, another Laois senior football manager from Kerry, took over from Mick O’Dwyer for the 2007 and 2008 seasons having previously done a very good job with Limerick.

Kearns led the Laois team to the 2007 Leinster final, the last they were in prior to 2018.

Brought through players such as John O’Loughlin, Donie Kingston and Kevin Meaney who were all still playing for Laois in 2019. 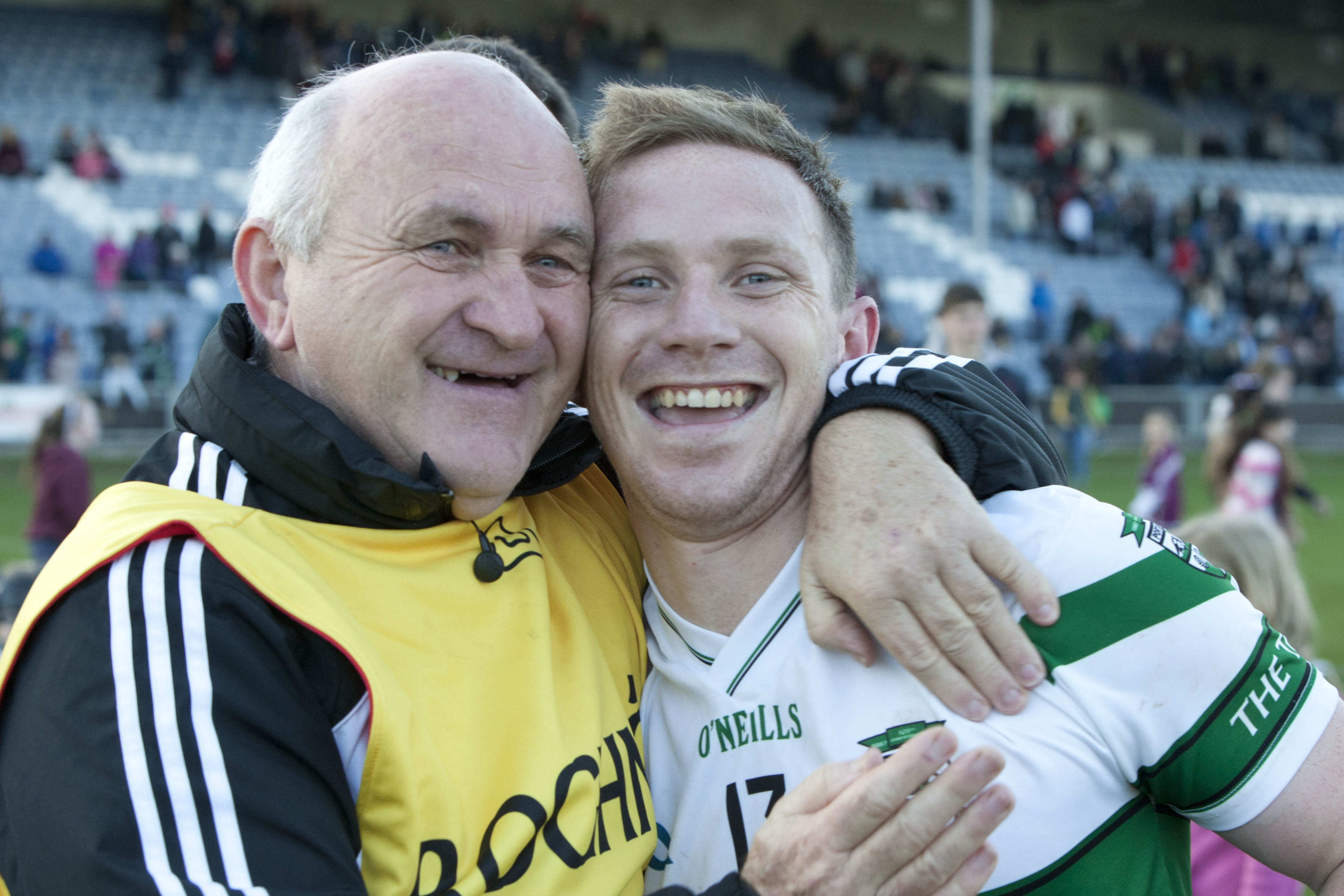 Killorglin native JP Cahillane has been living in Laois for a long number of years and though he originally played with Emo, he is now firmly associated with the Portlaoise club.

His son Paul has won numerous county medals with Portlaoise and lined out with Laois while JP is a current officer of the club and their county board delegate as well as a regular in O’Moore Park in his role as a referee’s assessor.

Was one of the teachers involved in getting Cumann na mBunscol going in Laois in the late 1980s and oversaw a number of successful school teams – in both the boys and girls competitions. While retired now, he’s still present at most Cumann na mBunscol finals and his son Enda, principal in Holy Family Senior School, is continuing a long family tradition with the primary school game in the county. 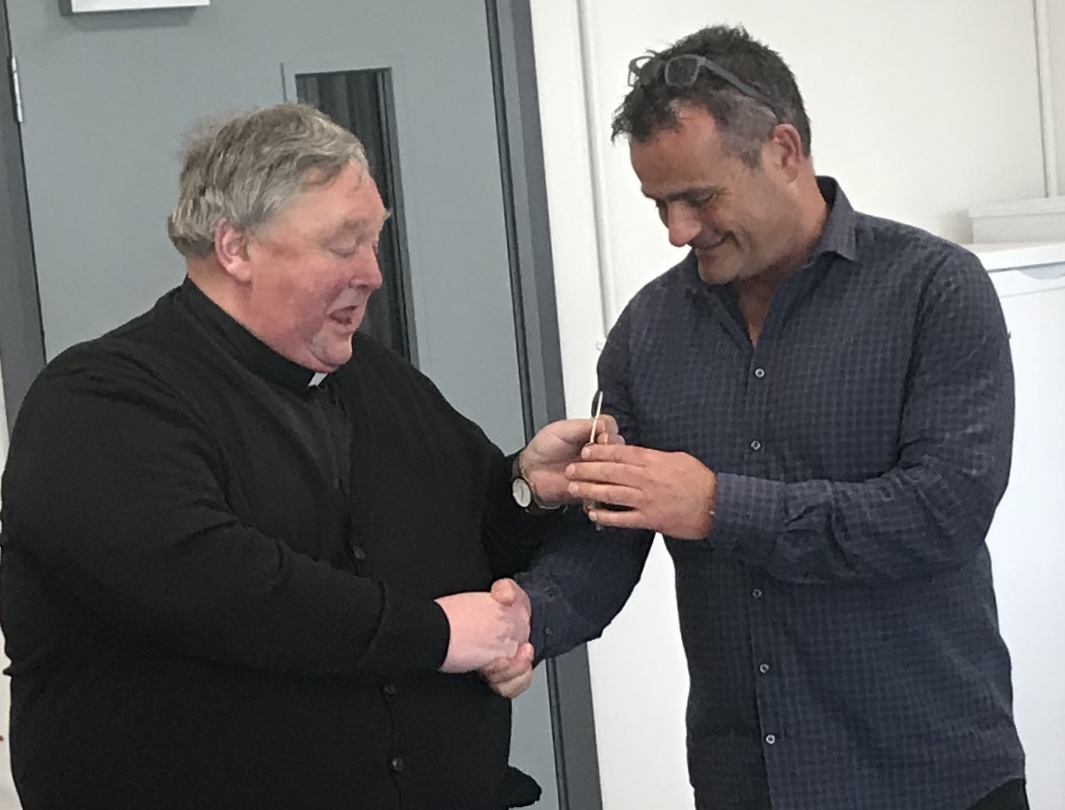 Another from Dingle, Galvin who is principal of the boys school in Portarlington, has been over a long list of players who have played for both Laois and Offaly.

Won a senior championship medal with Portarlington in 1995 and is heavily involved with the club.

His son Darragh is on the senior team at the moment and has played underage with Laois while his daughter Ava is on the Laois senior ladies team.

Is there anybody in the county that hasn’t come across Michael Murphy, the popular hotel manager who has had the top job in the Montague Hotel, the Seven Oaks in Carlow and most recently the Killeshin Hotel in Portlaoise.

For a generation of people, the Montague was the only place they ever went to Dinner Dance to as Murphy built up links and contacts with every club and county committee, not just in Laois but beyond. The Kerry team and supporters were regular visitors to the Montague and Murphy who is from Cahirciveen, home of Jack O’Shea, Maurice Fitzgerald and Brian Sheehan, has also been involved with Laois GAA.

As well as being involved in fundraising roles, he was also part of the selection committee that appointed John Sugrue to the Laois role in late 2017. 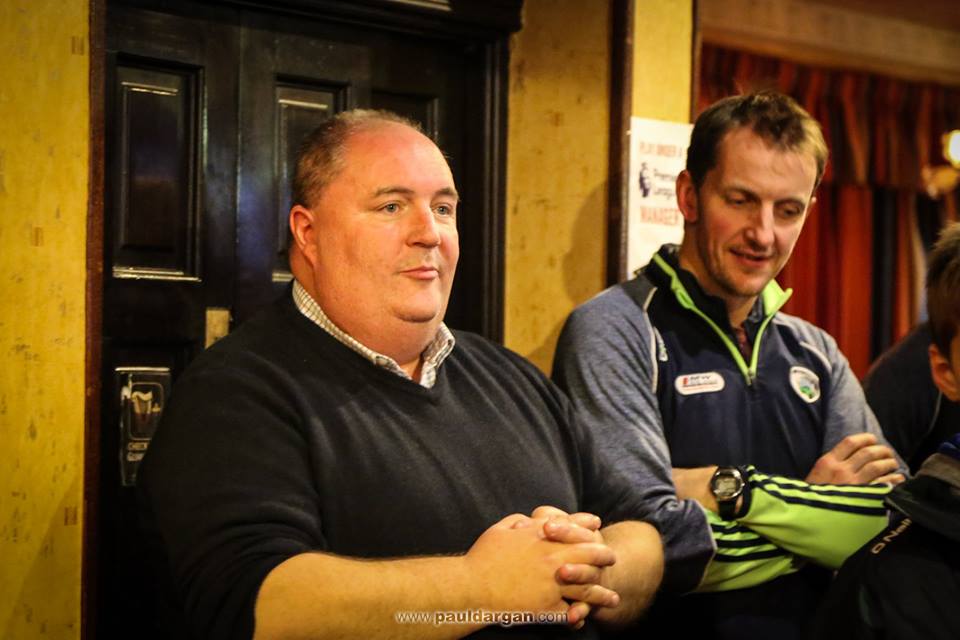 From Caherdaniel in South Kerry and still a member of his home Derrynane club, Pat O’Sullivan is heavily involved in the GAA scene in Laois.

Right now he’s the hugely helpful and affable PRO of the County Board but he has had a variety of roles over the last number of years.

Involved with the Stradbally club and the Park-Ratheniska ladies, O’Sullivan has been a referee, a former coaching officer with the County Board and an important part of John Sugrue’s backroom team over the last two seasons. 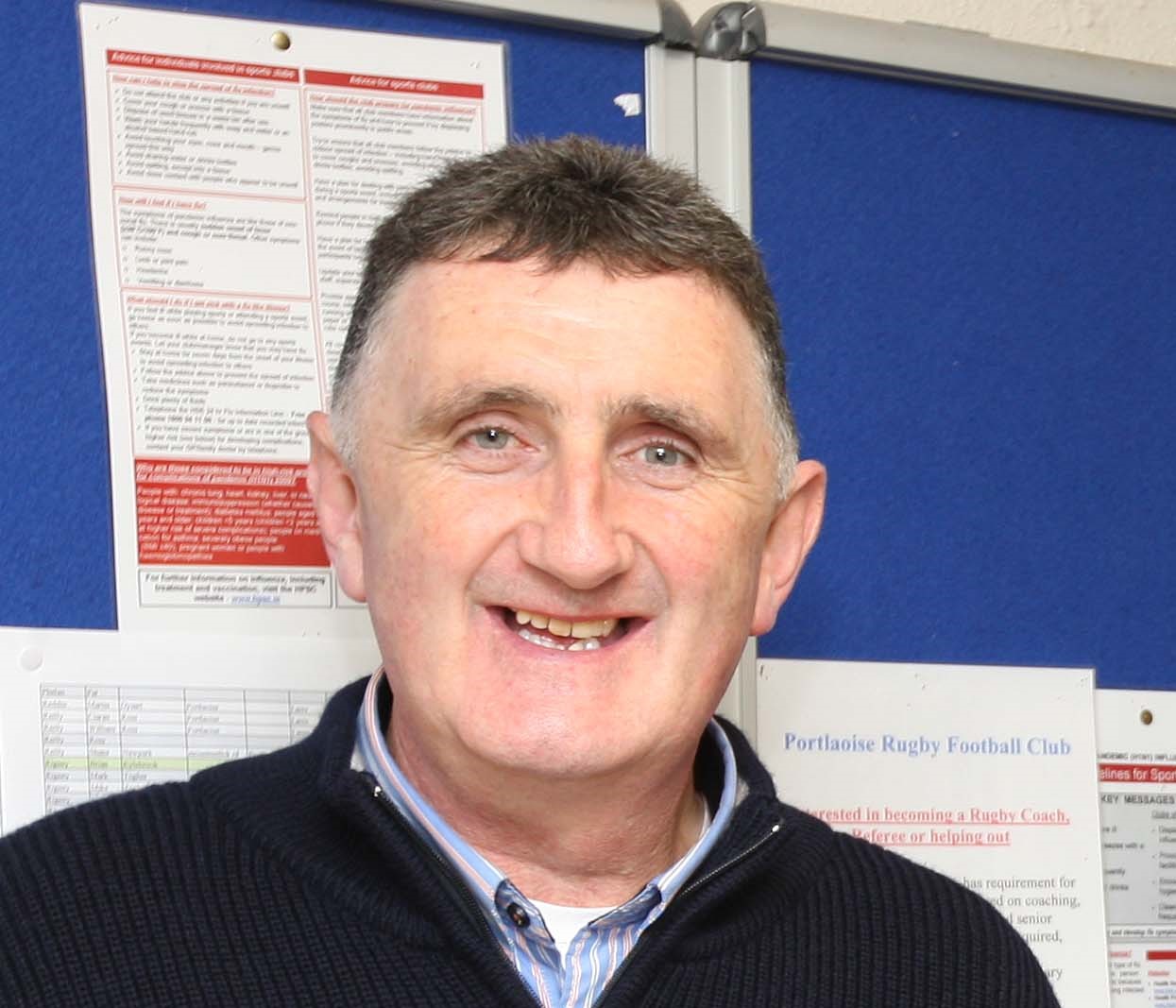 Most of the Kerry men on this list are football people first and foremost, but Tim Browne is from the hurling stronghold of North Kerry.

Served as a Prison Officer in Portlaoise for many years and now owns the hugely successful Browne’s Animal Feeds in Clonminam with his wife Geraldine. Heavily involved with The Heath and Clonad clubs and is a regular attendee at club and county games.

His son Tadhg played minor and U-21 football for Laois while his son-in-law Mick Fitzpatrick from South Kerry played with O’Dempsey’s, coaches teams in Colaiste Iosagain and was a selector with Laois underage teams.

SEE ALSO – Meet John Dollard, the man who has been at more All Ireland finals than most of us can probably remember