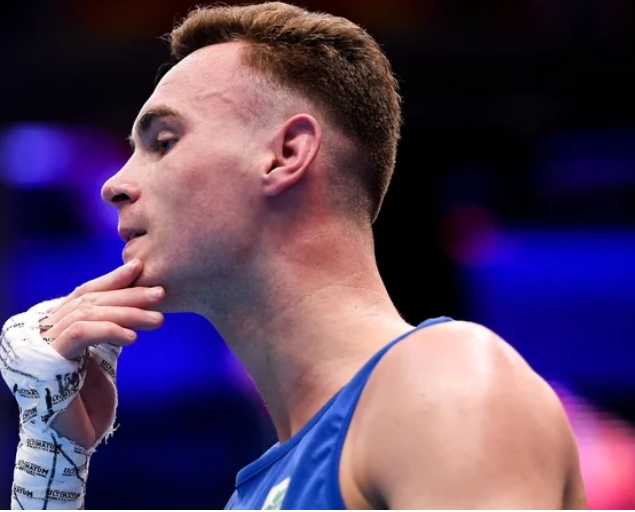 Despite putting on a great show and fighting courageously Laois boxer Michael Nevin was narrowly beaten by Russian Gleb Bakashi yesterday at the World Boxing Championships.

Nevin showed plenty against the 8th seed but come out on the wrong side of a 3 to 2 split decision.

The Portlaoise Middleweight will be back again without a doubt as the young man will feel he has a lot more to show for himself.

He has previously enjoyed a lot of success despite being just 21 years old.

Nevin, who has for years been regarded as one of the best boxers in the country, won his first major international medal when he reached the semi-finals of the European Games in June.

He is also a three-time European champion at underage level, winning gold as a Schoolboy, Junior and Youth as well as World Championships bronze in the latter age category and should be well in the mix to qualify for the Olympics in Tokyo in 2020.

Aidan Walsh was also beaten on a split decision by England’s Pat McCormack in their last-32 welterweight clash.

Belfast fighter Walsh produced an inspirational performance in defeat but three of the five judges went against him on the scorecards.