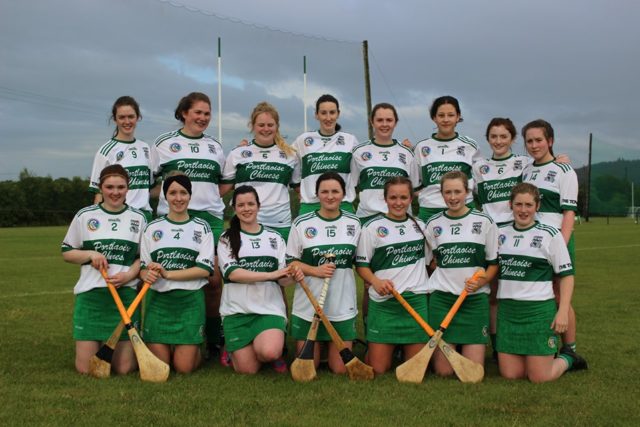 Laois camogie has seen a significant and welcome number of relatively new clubs competing at different age groups over the past decade – Portlaoise being one of these.

2019 marked the club’s first year to compete at adult level, and remarkably, they have managed to reach the junior county final in the few months since they first entered a team.

The Town now take on Camross in the junior final in O’Moore Park on Saturday, September 21 at 1pm.

The junior competition was last year and has proven to be a valuable asset in securing more games for players at adult level.

The rise and rise of Portlaoise camogie through the years is something to be marvelled at.

Operating as a camogie club since 2007, not only are Portlaoise they entering teams in every group – they’re winning too.

2018 marked an incredible year for the club as they contested County finals in U-12 and Minor, while claiming the Laois Camogie U-16 ’A’ championship title.

The man over both those U-16 and minor teams, Damien Lynch, now manages their junior side, aided by the adept Theresa O’Reilly.

Lynch remains modest about his role in the club, which began four years ago, and instead believes that Portlaoise’s progress has come from the players themselves, aided by their parents and the club founders, Mick Ryan and O’Reilly.

“The girls came to me this year and asked could we put in a junior team. They’re a great bunch of girls and they wanted to build on winning the U-16 and reaching the minor final last year.

Portlaoise were too strong for The Harps’ second team in the semi-final, converting 3-6 to no score to earn a place in the final.

The Portlaoise man believes the junior competition and reaching the junior final is an important ‘springboard’ for camogie in the town.

“Hopefully we’ll get the rub of the green in the final! It’s important to leave an imprint for the next five or six years. To keep the likes of the girls at U-12 and U-14 interested in playing camogie all the way up along.

“We’re hoping this creates a springboard for the next generation of players coming through,” said Lynch.

The next generation of players in the club are also doing remarkably well. The Portlaoise U-12s won the ‘A’ final earlier this month.

Their progress can be seen in the likes of their young players now donning the Laois jersey with pride.

Grainne O’Reilly played a stellar role for the Laois U-16 camogie camp this year, who won the Leinster ‘B’ final.

Sarah Fleming, Amy Byrne and Niamh Crowley were all involved on the All-Ireland winning minor Laois team earlier this year. Byrne even joined the adult Laois camogie side for their season.

Amy’s sister Ciara co-captains the side alongside Jane Moore, while Ciara and Delaney make up another pair of sisters on the team.

For further progress for the club, Lynch states that parents and club members are doing a fantastic role in enhancing the sport in the area.

“Everyone plays their part. We have so much support and we wouldn’t be where we are now without the help from parents – the sheer amount of girls who are under 18 and playing is thanks to their parents encouragement of the sport,” said the Portlaoise manager.

Portlaoise and Camross face off in the junior final today at 1pm in O’Moore Park.