The Irish Derby takes place each summer on the Curragh.

Over one mile and four furlongs it takes less than 3 minutes to complete. It’s been running since 1866.

All done and dusted inside 3 minutes and yet the neighbouring towns of Kildare and Newbridge both knock a fortnight’s festivities out of the Derby, with their own respective Derby Festivals. Clever. That’s thoroughbred thinking.

The Sport of Kings is not everyone’s cup of tea, but everyone loves a picnic.

Yet, over 15 years on here in Laois we have made very little of the Electric Picnic in terms of making more of it; making it our own; more sustainable by tapping in to its immense and unrivalled popularity.

No other event in the country, sells out a year in advance before anyone even knows who’s playing. That’s quite an achievement. No mean feat. The tickets are pricy, but the Electric Picnic is now brand central.

Everyone wants to go. Everyone wants to be there, for fear of missing out. From glamorous grannies to the post-leaving cert rite of passage the Picnic is the hottest ticket in town each summer.

60,000 fans flock to the little town of Stradbally every year on the first weekend in September. It’s a date which has jostled the All Ireland off the ball.

Three times the population of Portlaoise all penned in and pent up with anticipation, a captive audience on the lawn of Cosby Hall.

Yes the local hotels are booked out; the shuttle buses are flying it and business is brisk in the off-licences; there’s a great buzz in Stradbally, especially on the Sunday when revellers come up for air and to catch the All Ireland. The year the rain milled out of the heavens business was brisk and there was a run on wellies. Fair play.

Overall, however, Portlaoise, only five minutes away from the most popular and most successful festival in the country is quiet. There’s not much of a stir around the town and the pubs are virtually empty. Sure, everyone’s at the Picnic.

Make no mistake though, if the Electric Picnic was in Kerry, Galway, Cork or even Kildare next door, they’d be making more of it and more out of it.

A musical event in a tiny deconsecrated church in Dingle to promote alternative and indie music which started out as a small affair, recorded on one evening, has blossomed into a week-long festival. The place is jammers. You can’t get a room in the town for love nor money on the shoulder of the season in October. Clever. That’s Kingdom thinking.

Meanwhile back in Laois, the Picnic is flying it, early bird tickets all sold out again in record time and what are we doing for #EP2020. Well, the same as the past 15 years it seems…

So to get the ball rolling here at LaoisToday where we are big fans of the Electric Picnic we thought we’d throw out some suggestions, food for thought on the Picnic, on how Laois can do better and make more of hosting the country’s most popular festival.

Welcome to Laois – The Home of the Picnic 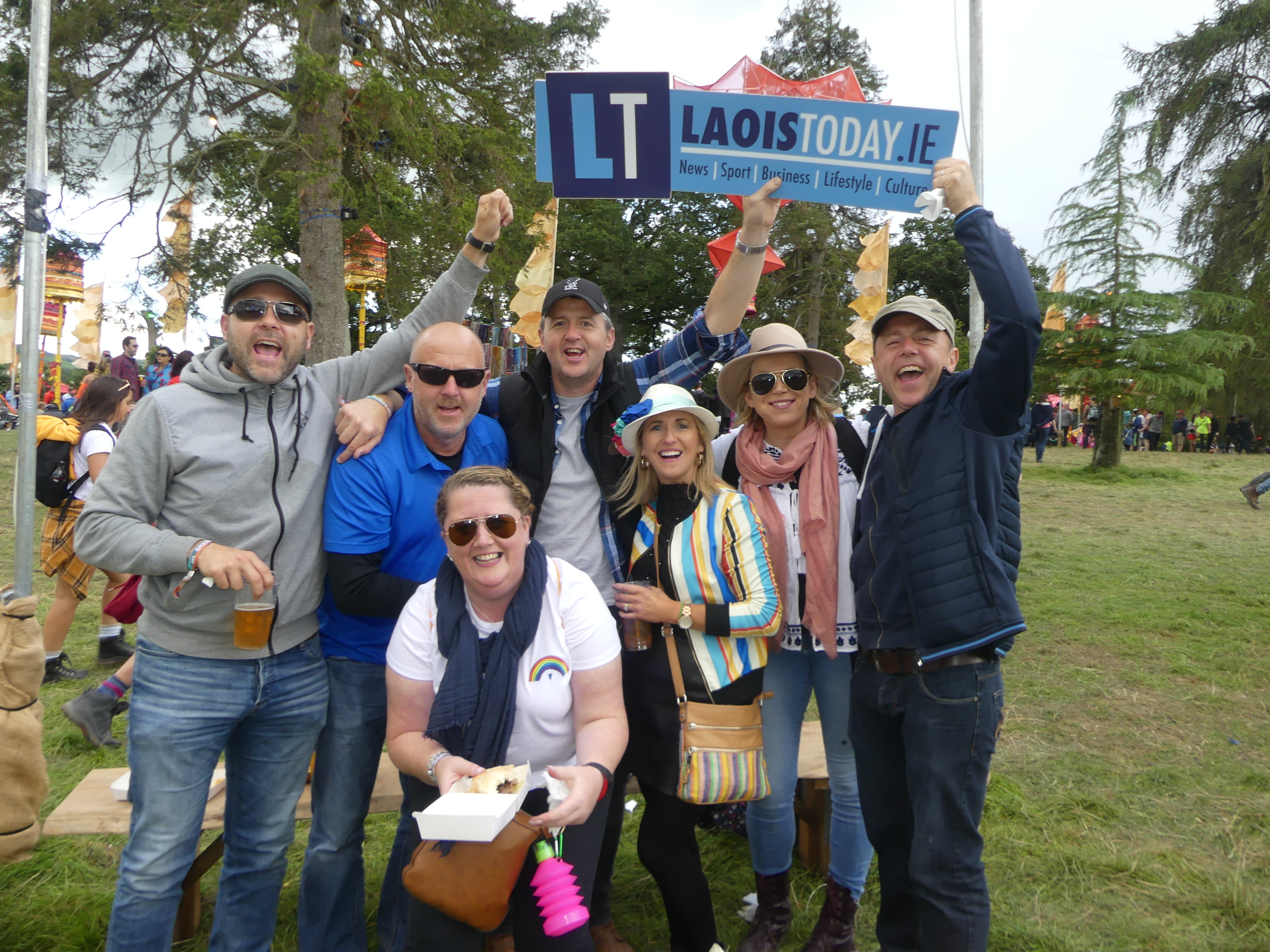 Let’s be honest, we all take the hump when some big shot headliner on the main stage shouts out to the world: ‘Hello Dublin’!

Annoying as it is, we have only ourselves to blame as most of the sixty thousand fans and even the stewards and security at the Picnic don’t seem to know where they are either…other than in a field, about an hour from Dublin.

Well that’s because we never told them. We never shouted out and welcomed them to Laois, how are they supposed to know?

The Downtown Traders in Portlaoise made a commendable effort this year to get into the swing and spirit of things with some EP inspired décor and colour around the Town and the cool flower-power VW Beatle was a lovely touch. It’s a good start.

What about we claim this space and like so many other towns and county’s and places of interest all over Europe, put up some tasty tourist signage, those lovely fancy brown owns to make it all official like: WELCOME TO LAOIS – THE HOME OF THE PICNIC!

Sorted, no one will ever think they’re in Dublin again, even the stewards at the Electric Picnic, hopefully. 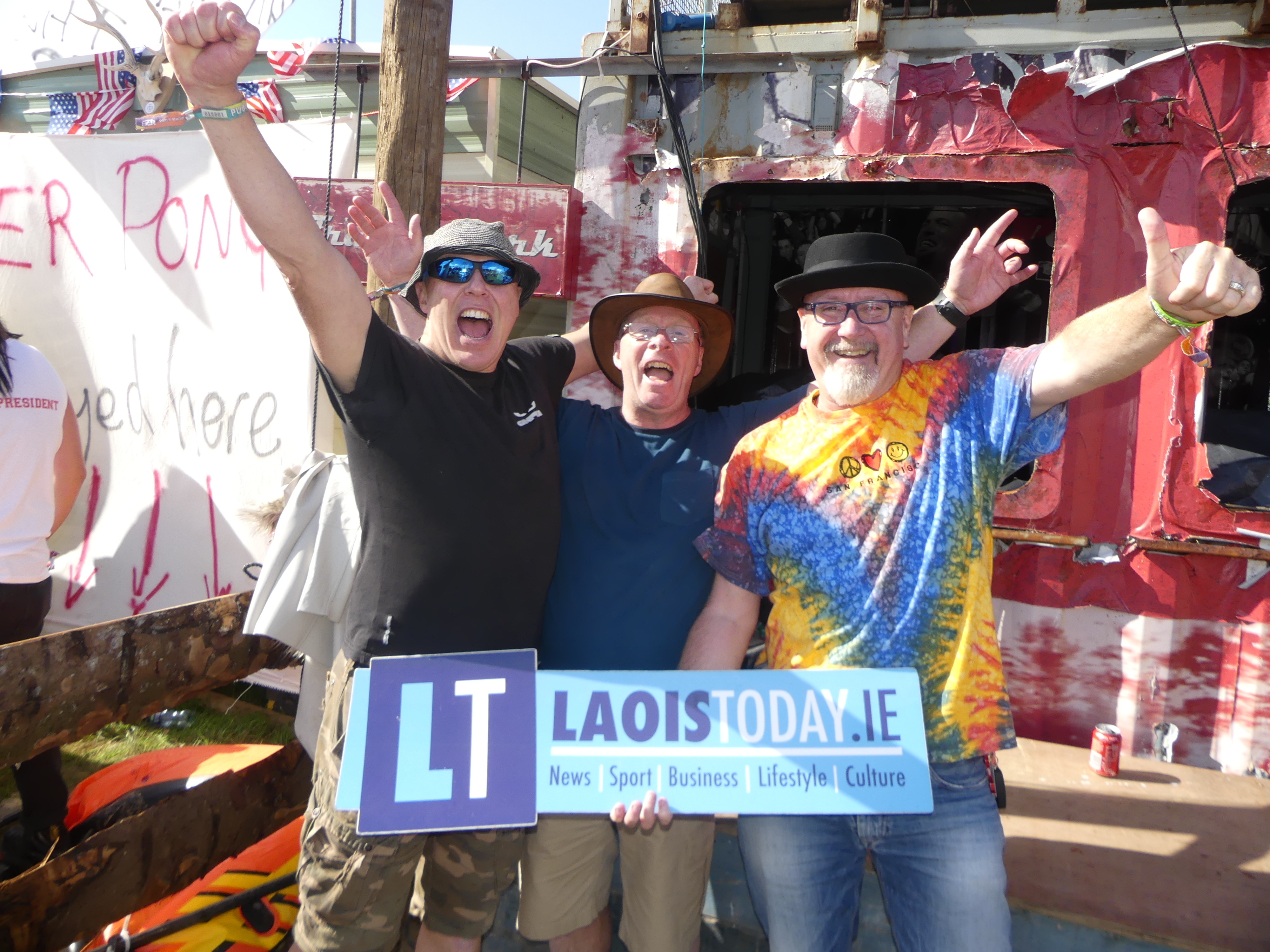 Everyone loves a good picnic. It’s part of growing up. Even sand in your sandwiches on the beach on a less than scorching day in Courtown, Tramore, Brittas Bay or Lahinch cannot take the childhood zeal and appeal out of a good picnic.

So why just one a year? Why don’t we have more picnics? There’s nothing to stop us only our own ambition and imagination. Picnics are international, and all you need is a blanket, some sambos and lemonade and you’re good to go … if you really want to splash out you can have an ice cream, if you’re good.

Laois is ready made and ready to go for more picnics, after all it is the home of the picnic, remember?

So here’s the plan. We have some fantastic parks and green spaces throughout Laois. I’m thinking the lovely green here in Timahoe, with its gorgeous but seldom used band stand; I’m thinking the People’s Park in Portlaoise; the amazing Slieve Blooms – maybe in the festival field as part of the Festival on the Mountain; the green in Durrow is ideal; every town and village has a suitable spot and of course the piece de resistance the stunning grounds of Emo Court, what better place to have a picnic?

So let’s do it. We can rotate the location on alternate Sundays throughout the summer.

This year, for the first time ever, at the Electric Picnic, there was a Laois stage, a fantastic initiative driven by Nuala Kelly and her colleagues in Music Generation Laois. Great local talent on show and if we have more picnics around the county these wonderfully talented young musicians (and others like George and Terry!!) can get to practice on us on a Sunday afternoon as they prepare for the Picnic proper.

Bring your own buns and blanket and we’ll provide the band! 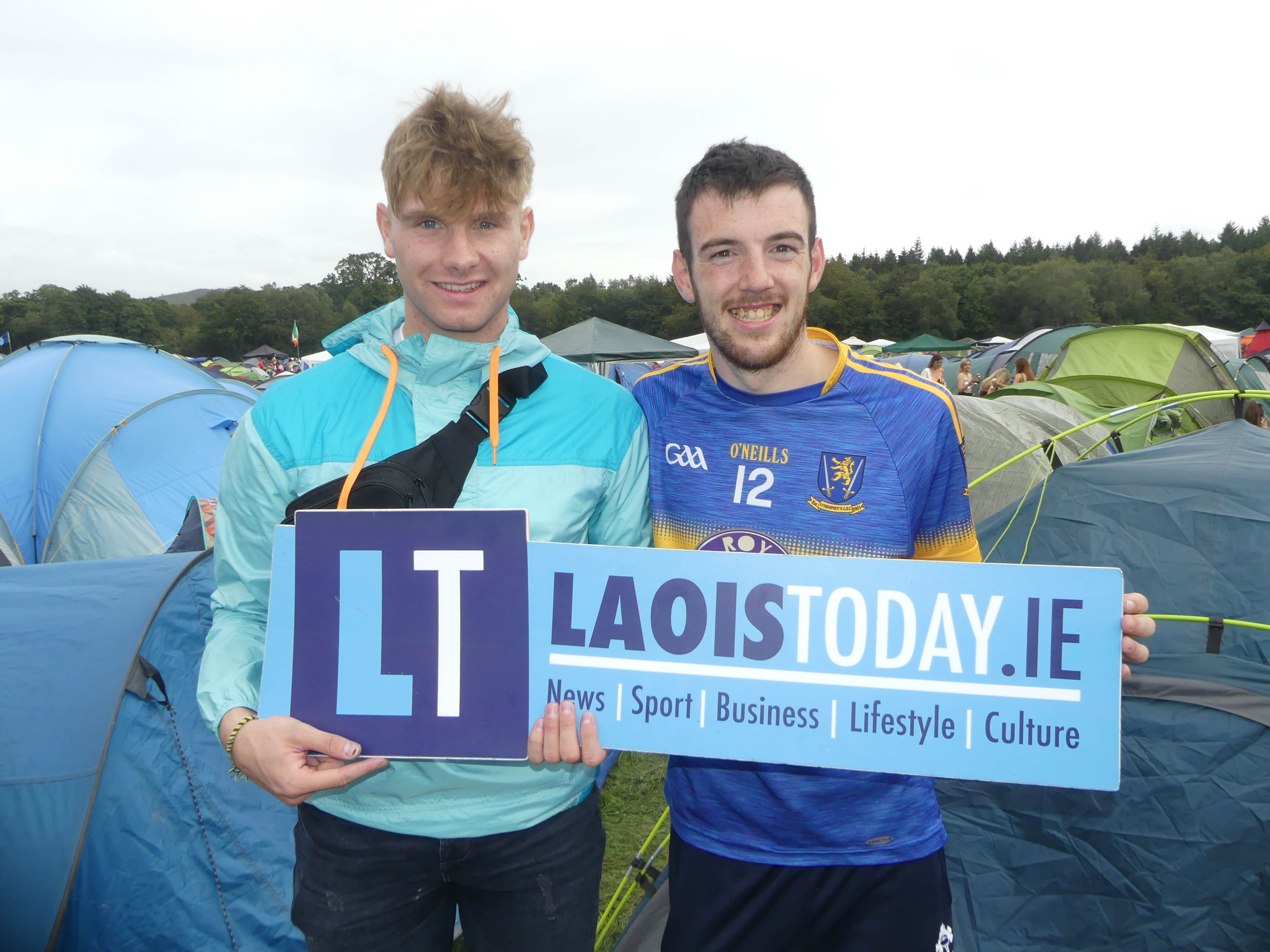 Bring back the Jazz Festival? Now if I had a penny for every time I heard that.

But the Jazz Festival in Portlaoise was brilliant, what a goodtime jazz festival it was for nine years until it fizzled out. It’s been a while and times have changed and so too should any revived and revitalised jazz festival.

The beauty is that there is more talent than ever available and there is a great appetite in Laois for a return of the jazz festival, so why not a Jazz Picnic?

Yes in the past we had Bobby Lamb and his Orchestra, Peanuts Hucko, Maxine Daniels, George Melly, Some Like it Hot, Ian Richards and the Soulmasters, the Dukes of Jazz, Miss Brown to You, our very own Trad Dads, Cluskey-Hopkins Jazz Band, the list goes on and on.

Now it’s time to change it up, let’s get down with a funky Jazz Picnic with some soul, blues, ragtime, reggae,  bluegrass, ska, rap and some goodtime swing. It is a Jazz Picnic after all…and the beauty is you can have it any time of year. 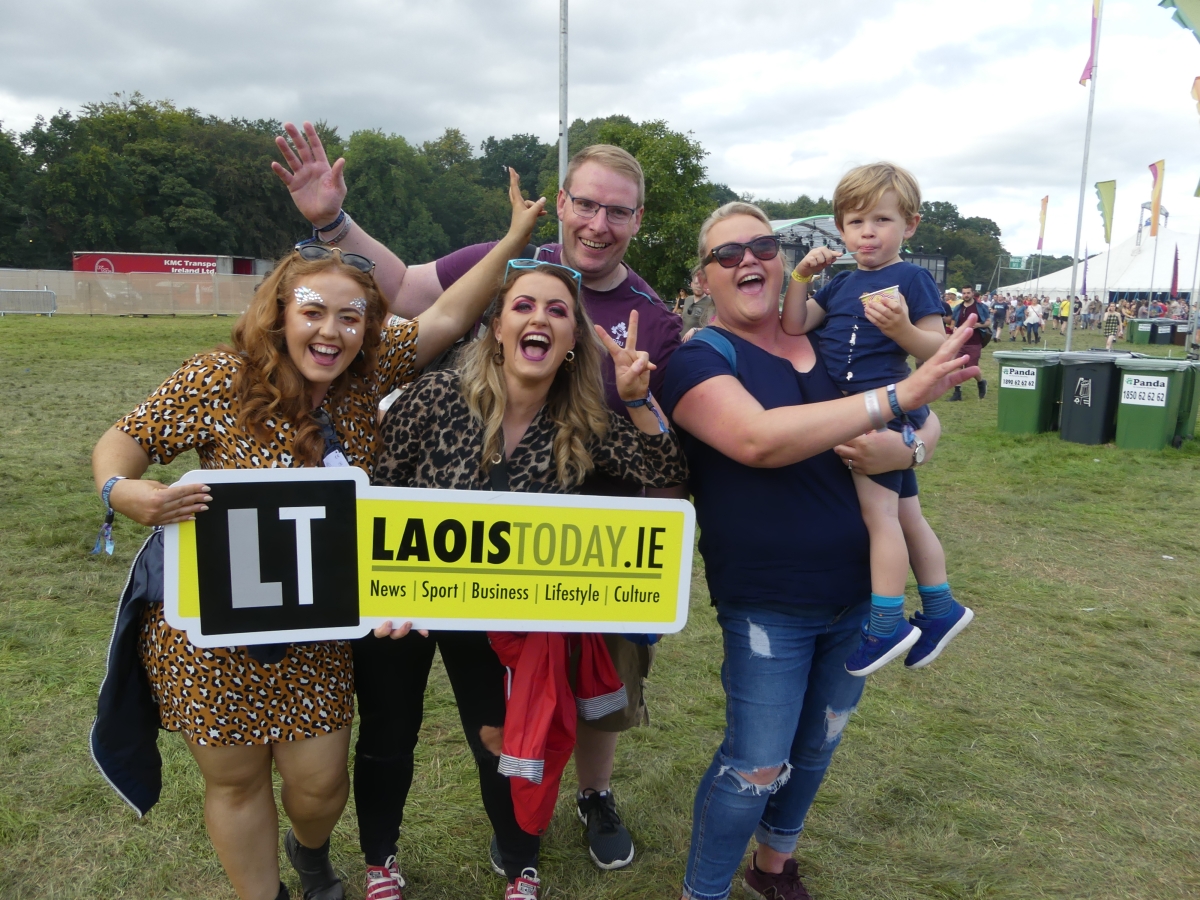 The Edinburgh Arts Festival is famous, but the Edinburgh Fringe is even more famous and popular now for emerging performers and artists, who gravitate to strut their stuff on the margins of the official programme.

We need to take a page out of the Kildare and Kerry playbook here and extend the fun of the Picnic festival out in to Stradbally and Portlaoise and Timahoe.

There are already over 300 bands and 60,000 fans in town and we let them go straight home without even saying goodbye.

So what about the Picnic Unplugged, the Eclectic Picnic, the Picnic Fringe, the Picnic After Party, and for the kids, The Teddy Bear’s Picnic (it’s an oldie but a goodie)…you choose, but let’s do it! 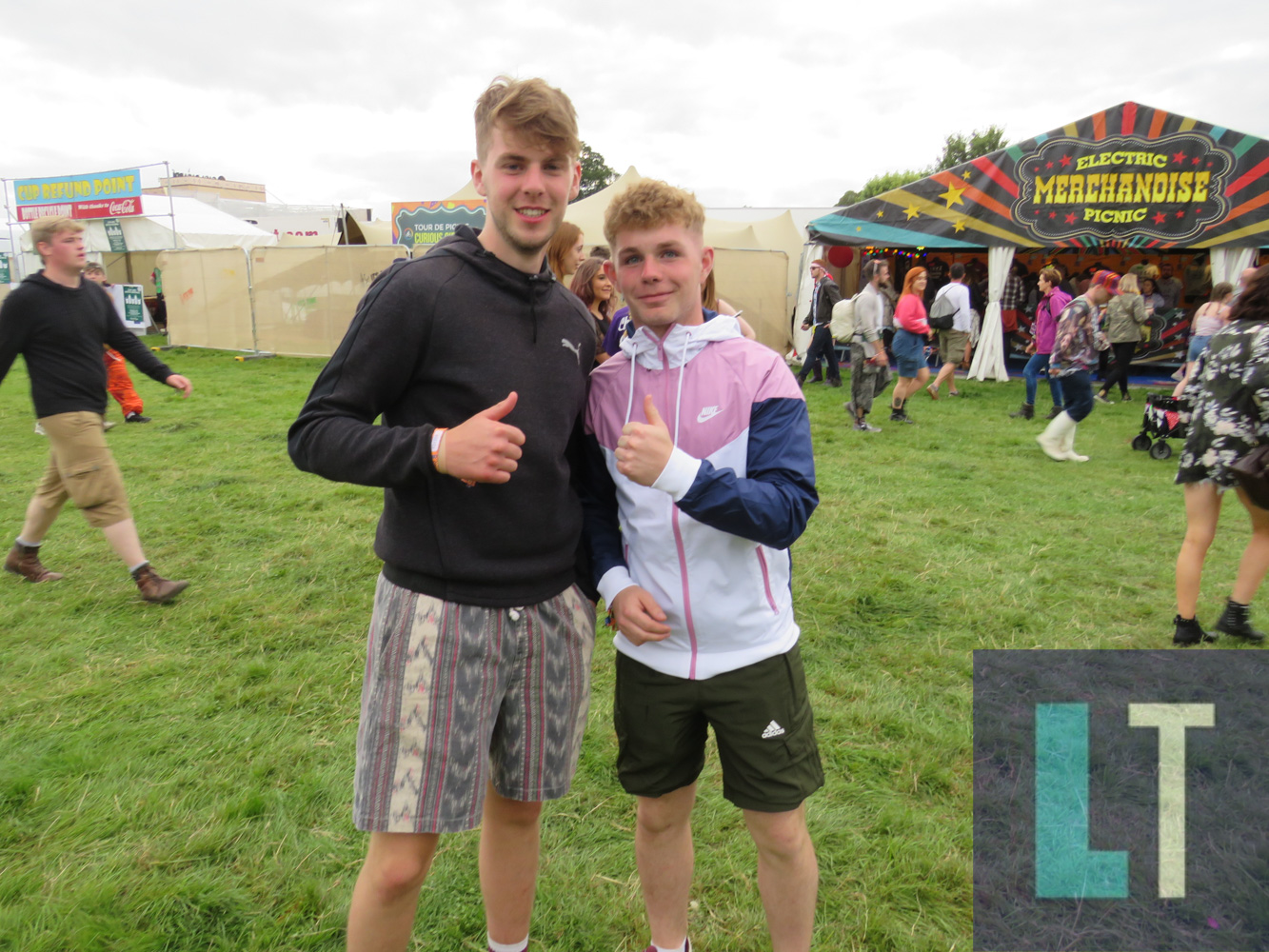 And finally, in the week of the global Climate Strike, led by students and young people in Laois and worldwide we have to again call on the Electric Picnic to clean up its act.

With gargantuan amounts of plastic, waste, debris and litter left behind and that’s before we even get to the thousands of abandoned tents and sleeping bags, the EP is in the running as the dirtiest festival in Europe.

It can do better, we can do better and help ensure that the Electric Picnic gets a good rep, rather than a bad rap.

All the whitewashing and greenwashing in the world is not going to cover up the EP’s appalling record on single-use plastics.

Wouldn’t it be great if the organisers led by example and walked the walk, instead of just talking the talk and stopped the use of single use plastic drinks cups and beakers and returned to the reusable ones? What would be wrong with some solar-panel powered stages, they do it elsewhere and we’d have less noise and pollution from all those generators.

Let’s make the Electric Picnic the best and most sustainable festival in Europe and not just talk about making it bigger.

Like someone said: ‘WELCOME TO LAOIS – THE HOME OF THE PICNIC and everyone loves a good picnic.

SEE ALSO – Weekend Read: The Electric Picnic is great … but it needs to clean up its act