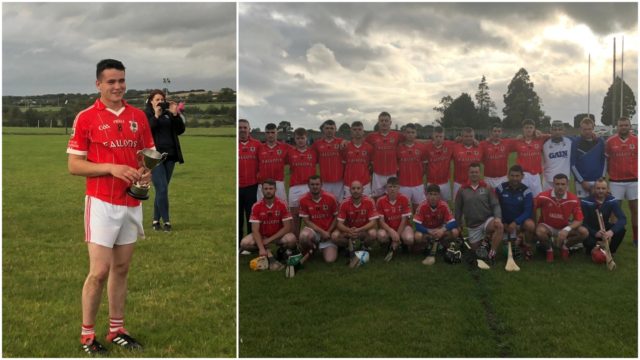 Clonaslee-St Manman’s have been stripped of the Junior ‘C’ hurling title after it emerged that they fielded two ineligible players.

They defeated neighbours Rosenallis in the decider back in August by 2-11 to 2-7 but they did so with two players on the pitch who should not have been.

At the start of every year, the Laois County Board asks clubs to submit 15 names of players who can only play on the club’s top team.

After the league is concluded, two more players must be added to this list to take the total to 17 for the championship.

In Clonaslee’s case, William Murray and Darren Hogan were both named as two of the 17 players who could only play at Senior ‘A’ level this year – and therefore, they illegally played in the Junior ‘C’ final.

Murray started the game at centre back while Hogan entered the fray in the 46th minute as a substitute.

When the Laois County Board received the teamsheets after the game, they noticed the error and moved to strip Clonaslee of the title.

The 2019 championship has not been awarded to Rosenallis and has instead been deemed null and void.

The CCC of the Laois County Board also imposed 12 week bans on both Murray and Hogan – which ruled them out of Clonaslee’s football semi final win against Mountmellick as well as their recent Senior ‘A’ hurling loss to Mountrath.

However, a Laois County Board representative confirmed to LaoisToday that Clonaslee appealed the suspensions of William Murray and Darren Hogan.

They argued that this was an administrative error rather than malicious and sought that the bans be reduced.

Under Rule 7.12, ‘Central Council shall consider and adjudicate on the recommendations made by the Central Appeals Committee
for the re-instatement or otherwise of players/members serving a suspension imposed in accordance with Rule.

‘The Central Appeals Committee shall have absolute discretion in exercising this function but may only consider cases which meet each of the following criteria: (ii) It is a case where strict application of the Rules has resulted in hardship’

So it was felt that as Murray and Hogan has played in the game illegally without their knowledge, punishing them further for this would ‘result in hardship’.

Clonaslee were successful in getting the length of the bans shortened and that means both Murray and Hogan will be free to play in the Intermediate football final this weekend against neighbours Rosenallis.

That game takes place on Saturday September 28 at 7.15pm in O’Moore Park.