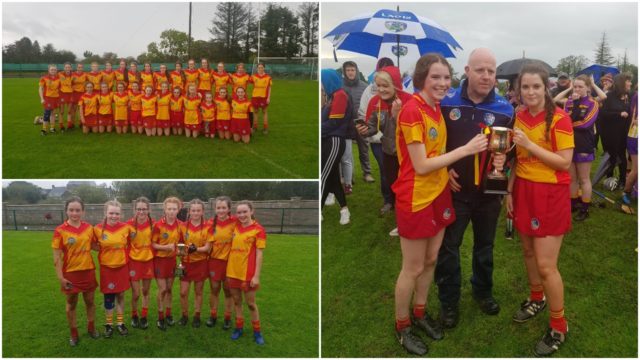 The Harps and St Brigids provided spectators with a nail-biting final in Mountrath on Sunday evening last.

St Brigids led for the first twenty minutes, but it was The Harps who went in two points ahead at half time.

Early in the second half, St Brigids regained the lead but again The Harps fought back to claim the U14 championship title for a second year in a row.

Conditions were tough in Mountrath with the pitch having been well played on in the rain in the hours preceding the game.

The rain just slowed to allow for a relatively dry first half. The supporters were out in their droves despite the miserable conditions.

In the opening 2 minutes, St. Brigids rattled the net twice from two Eimear Hassett frees putting the Harps on the back foot at the outset.  This determined Harps team did not let the score margin ruffle their feathers in the slightest as they ploughed ahead with determination.

The strong half back line of Kayla Dwyer, Abbie Gibbons and Eva Dunphy led the comeback bursting out of the defence and delivering good supply into our forwards.

Eventually after eight minutes, Harps opened their tally. Aoife Gee retaliated with a goal and Lisa Kirby with a point from a free to bring the score to 2-0 to 1-1.

Lisa Kirby slotted over another point but good play by Brigids earned them another goal to keep their lead.

Superb efforts by Harps midfielders Kirby and Katie Healy resulted in a good ball into Aoife Gee who passed into Aoife Kirby who cleverly hand-passed in her goal bringing the Harps tally to 2.02 with 14 minutes to go in the first half.

With 8 minutes to go before half time, and The Harps trailing by 1 point, Rachael Dollard added her trademark goal allowing the Harps support to breathe again.

This brought them into the lead for the first time in the game. No score followed this, leaving the half time score: 3.00 to 3.02 to the Harps.

The rain became heavier as we ventured into the second half of this neck and neck battle. St. Brigids opened their second half account immediately with a goal bringing them back into the lead. 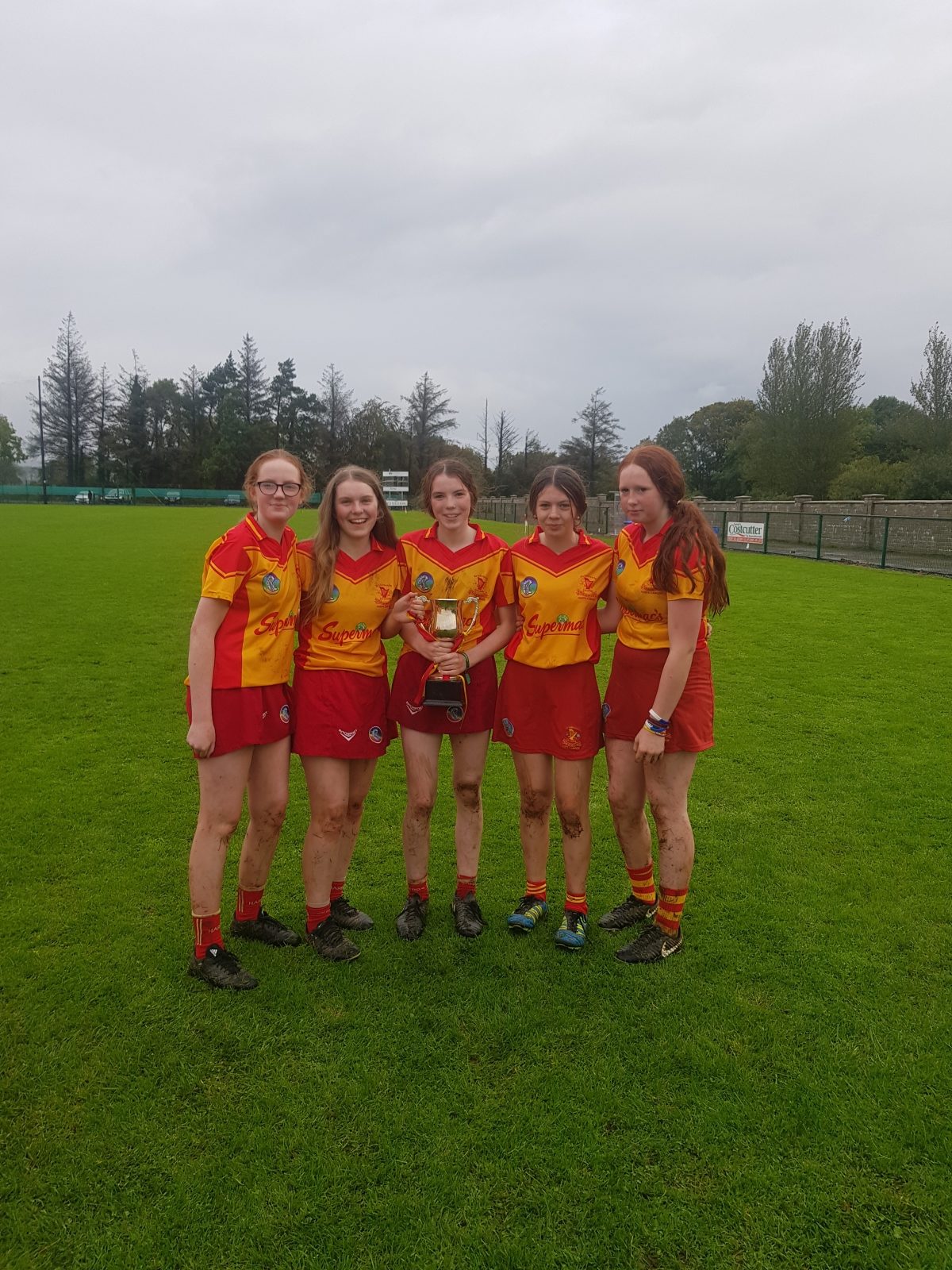 They added a point from an Eimear Hassett free to secure a 2-point advantage. Aoife Gee was quick to respond with a goal for the Harps bringing the Harps back into the lead.

The Harps defence continued breaking down the threats by St. Brigids with Caoimhe Doheny in full back leading the defence. The first draw of the game followed with a point from a free by sharpshooter Hassett once again.

13 minutes to go and it was anyone’s game. The speedy Catherine Kirby was excellent for the Harps on the half forward line, sometimes found in the half back line when necessary.

The dangerous Aoife Gee slotted over a point with 13 minutes to go to bring the Harps into a one-point lead.

The Harps then began their home run with three consecutive goals, A shot in from Rachael Dollard picked up by Aoife Gee ensured the first goal, and at 4 minutes to go, Aoife Kirby hit the back of the net. 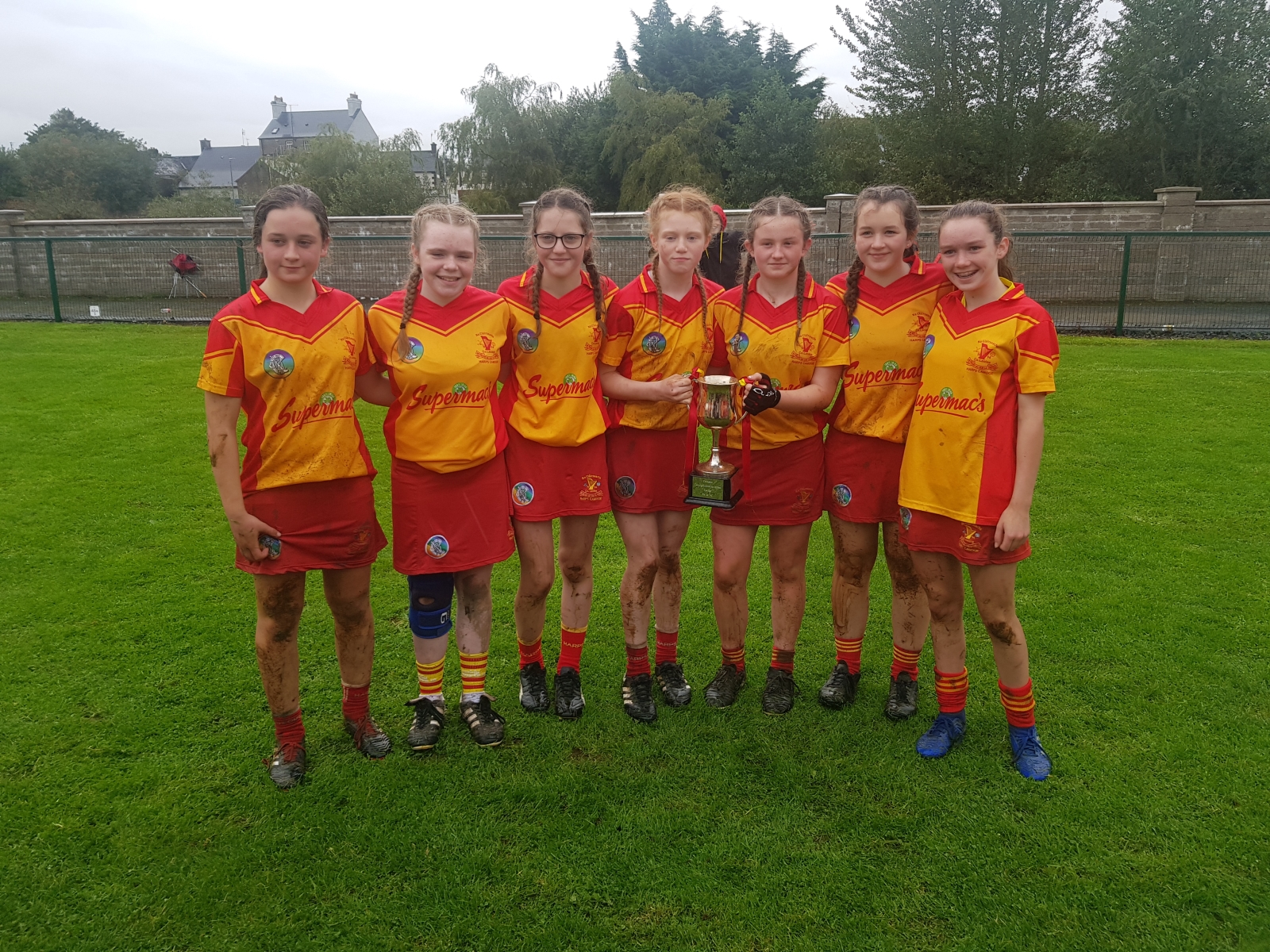 The hard-working Amy Lacey then earned Harps a free allowing the Kirby sisters to combine efforts to score the last goal.

St. Brigids were not done yet, knowing that County Finals are not easy to come by. They pursued the Harps to the bitter end, slotting in another goal over the Harps’ goalies head from a Eimear Hassett free.

But with less than a minute to go in normal time, it was not enough to get the better of this Harps side.

The Harps have had a very successful year having reached the All Ireland Feile Final in Division A and having won the Stephen Dunican cup in Abbeyleix just last week. 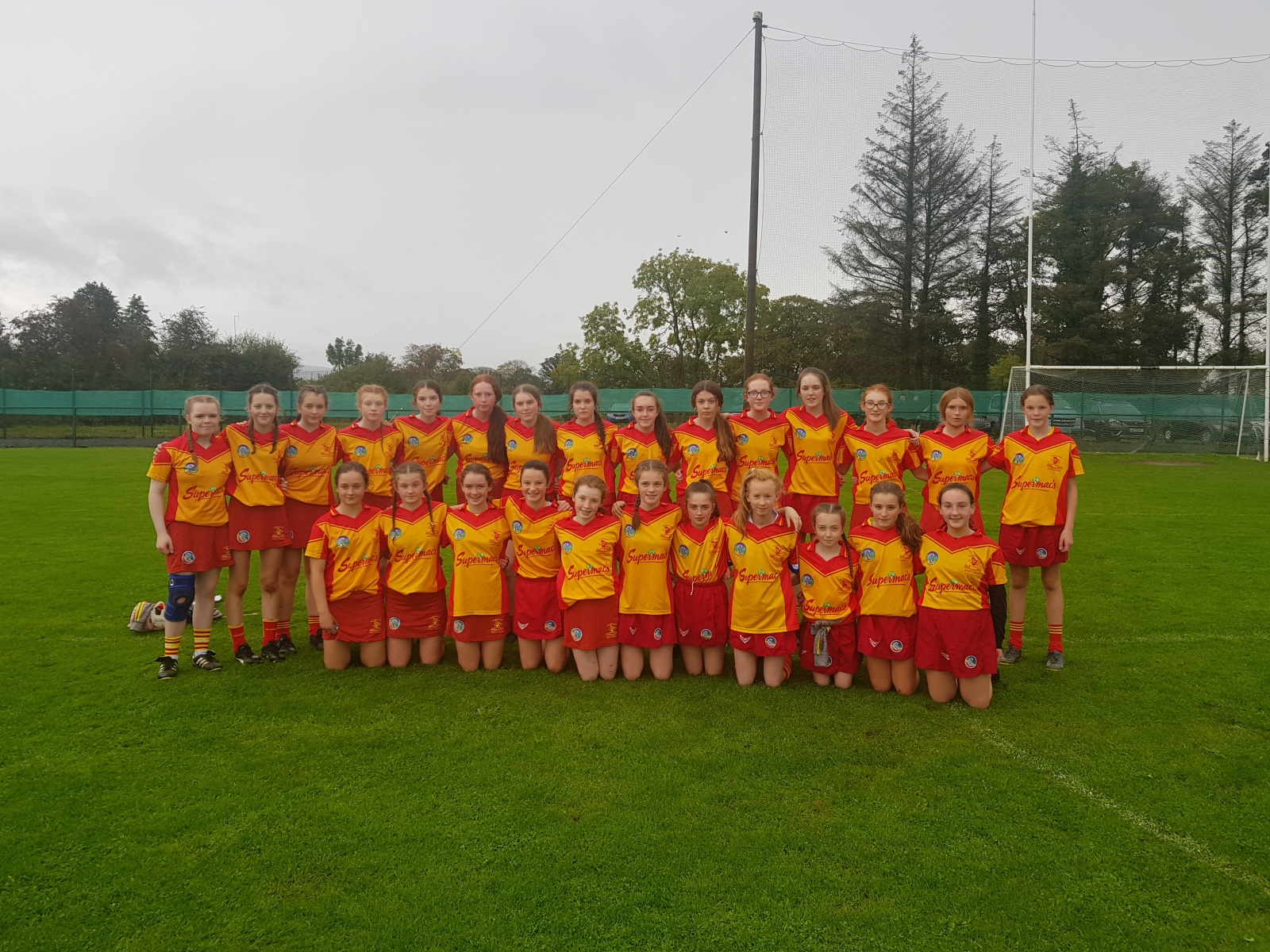 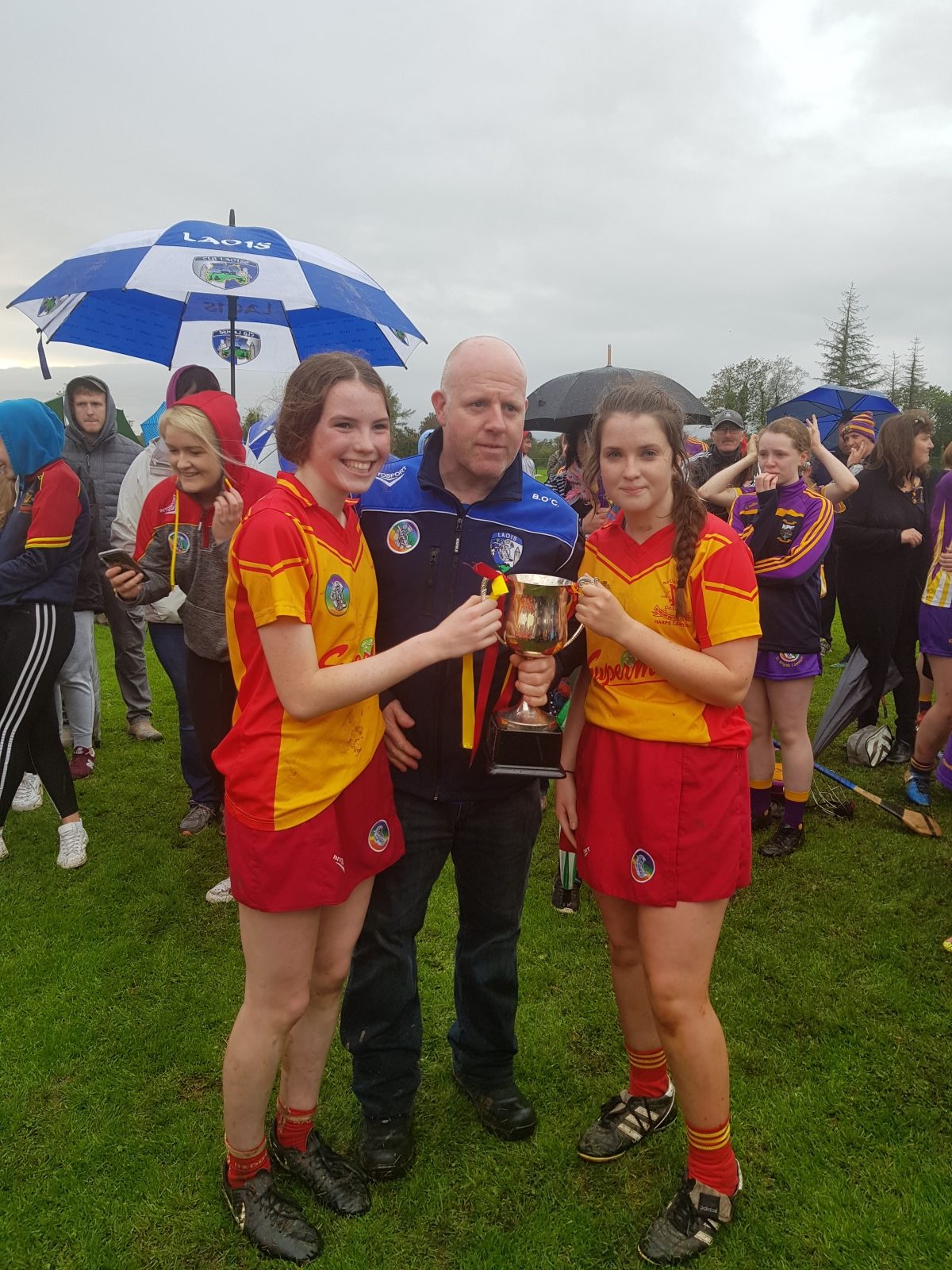