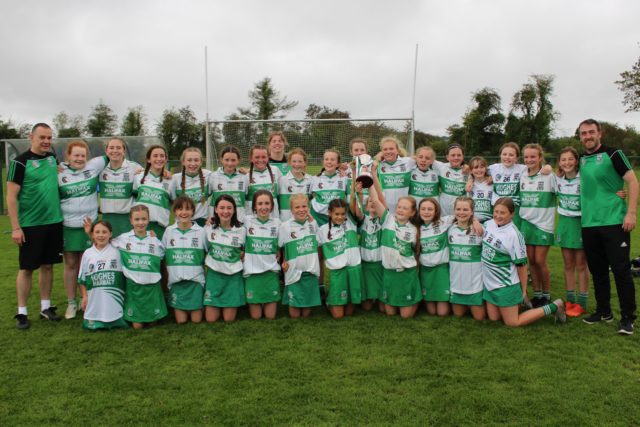 A last minute free, saw Portlaoise u12 Camogie Team finish off the year with a fantastic win against Naomh Eamonn recently in Mountrath.

In poor weather conditions the standard of camogie dished out by both teams was spectacular.

Portlaoise hit the ground running with an early goal, a free from Rebecca Cahill dropped in the square and Emily Conroy got on the end of it and found the back of the net putting Portlaoise ahead in the first minute.

This was not to last very long, when a resilient Naomh Eamonn, answered with a goal and a point in quick succession.

A battle ensued for the rest of the first half with Faye Brown and Rebecca Cahill working hard in the middle of the field.

It was obvious Naomh Eamonn were not going to let their title go without a fight.

The Portlaoise defense has a never give up attitude and Savanagh Lawless and Ruby Doyle worked tirelessly to keep Naomh Eamonn out.

Despite some strong advances from the Portlaoise forwards Roisin Murphy, Lola Marum and Anna Mulligan, Portlaoise were unable to score and were one point down going in at half time with a score line of Portlaoise 1-0, Naomh Eamonn 1-1.

The second half continued in the same vein with Portlaoise threatening every time they were on the ball.

Katie Cahill was excellent in the Portlaoise goals, her decision making and distribution of the ball was super. 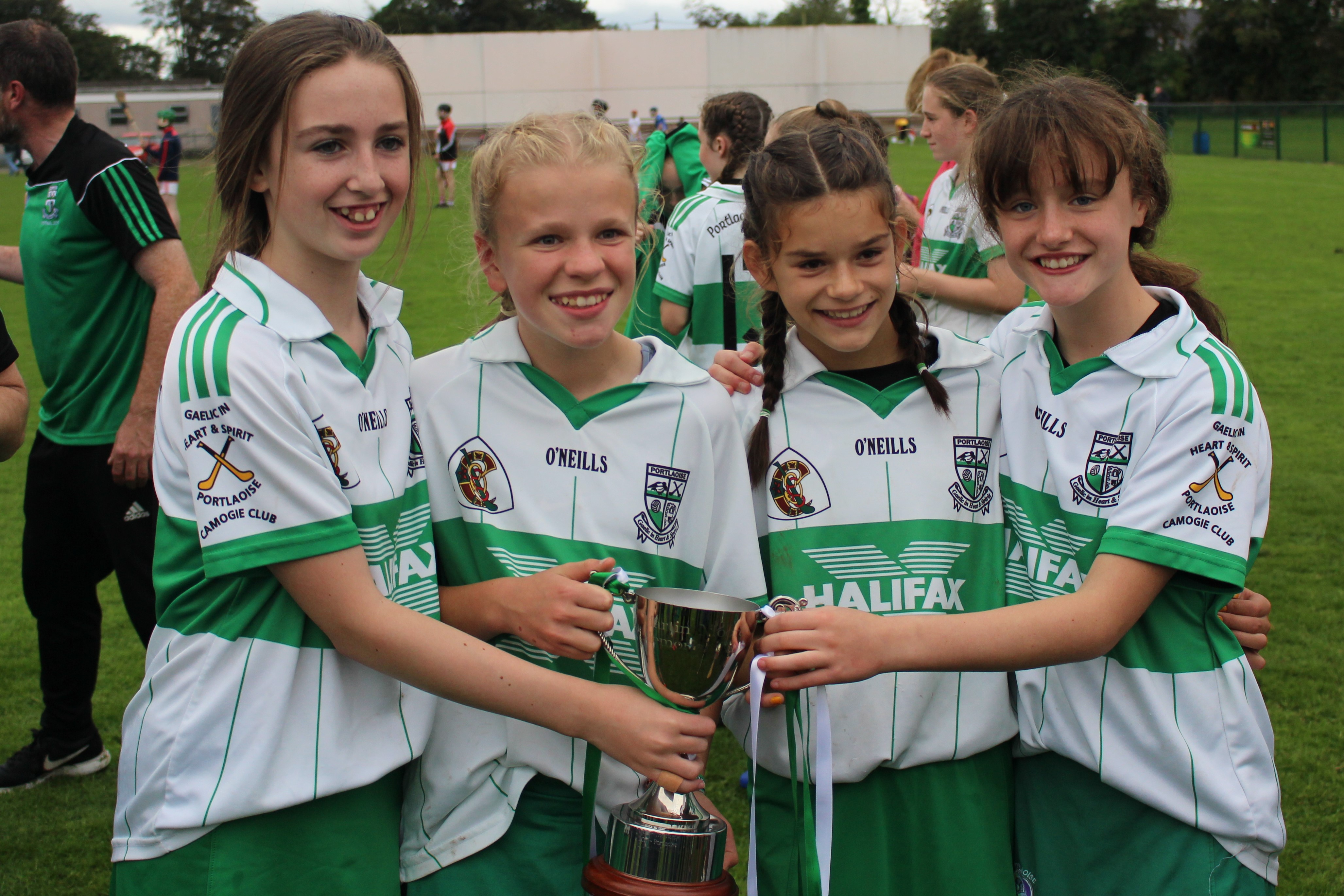 Ailbhe Carroll and Emily Conroy were a constant threat to the Naomh Eamonn defense, however it was a Rebecca Cahill free that leveled the sides and lifted the Portlaoise girls.

The sterling work of the Portlaoise half back line that was to see Portlaoise steal the victory.

The superb Aoife Morris at centre back, flanked admirably by Lily Gavin and Abi White, was the platform for every Portlaoise attack.

A drive forward by Faye Brown in the last minute of the game won a free for Portlaoise and the superb Aoife Morris drove it straight over the bar. 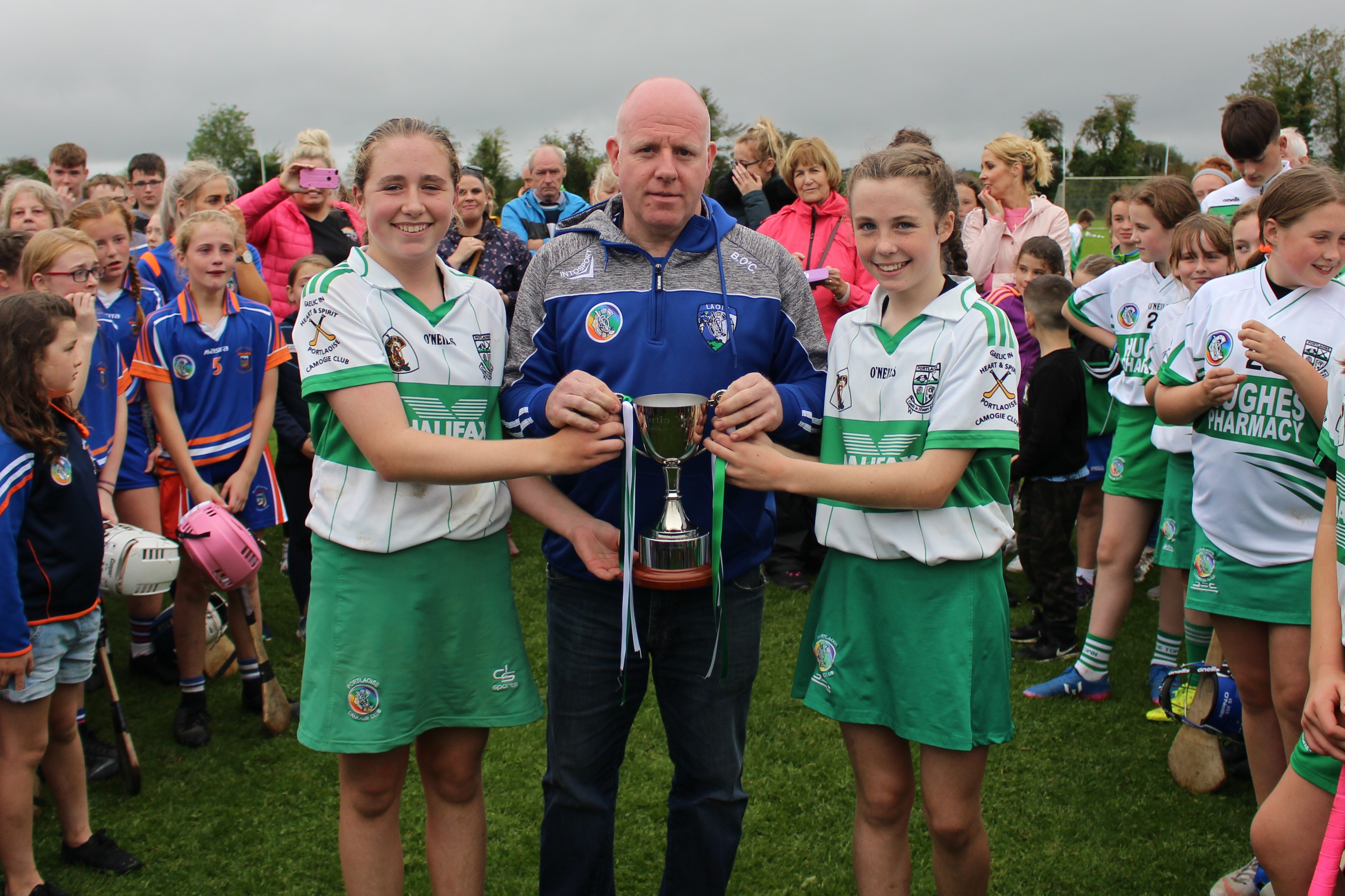 Portlaoise came away winners with only a point separating the sides.

This talented group of girls are a credit to the Portlaoise Camogie club and all the hard work being done there.

Portlaoise Camogie club lined out its first ever camogie team at adult level last weekend with the junior team contesting the county final against a strong Camross team that went on to win it.