There were cross words and crossed wires as it was revealed that an old bridge across the River Triogue in Portlaoise has been abruptly closed off.

The Council it seems acted on health and safety grounds when they cordoned off the bridge.

But according to Cllr Caroline Dwane-Stanley the local authority acted unilaterally without any warning or notice to the residents impacted by the move, and that was bridge too far for her.

Cllr Dwane was calling on the Council to clarify just who is responsible for re-instating the bridge over the Triogue at Lower Bridge Street in Portlaoise. There are 10 families affected.

She said that these families were now left in limbo and had no access to the rear of their homes.

The Council meeting received a reply from Senior Engineer, Michael O’ Hora as follows: “The bridge is not in the charge of Laois County Council. It was constructed sometime before 1913 by a number of residents of the ten properties who back lane is accessed by the bridge.”

Cllr Dwane said she was being told the bridge is unsafe and that its private but it had been closed off within 24 hours without any notice. The residents had been given parking permits for Bridge Street but very often there was no parking spots available and this did not in any event address the issue of access. Many of the homes had oil central heating and the only access was via the bridge at the rear of the houses.

“Nobody is taking responsibility. They have no access for oil trucks over the winter. Is the health and safety issue to be permanent; who will carry out the works? These homes are being left in limbo,” she complained.

“This reply is as clear as mud. It’s a stupid response and won’t solve the problem. Water services made no effort and never informed the roads department and it’s going on now for five weeks and I’m being told it’s on parish ground.”

“Monsignor John Byrne is not responsible for this. Tell the truth. Withdraw that remark,” intervened Will Aird rather vigorously.

“I’m not going to be lectured on facts or withdraw anything,” Cllr Dwane defended her position.

Cllr John Joe Fennelly in the chair observed that if the bridge was dangerous, someone could get injured.

“We all grew up there and we know it well, Noel Tuohy and his brothers know it well. We used to fish for pinkeens there. It’s the responsibility of the local authority and no one else. The Council always cleaned the river and nobody else can do this either other than the local authority. It’s definitely not the responsibility of the parish and it will have to be put back in operation by the local authority. The response of the Council is wrong, this bridge wasn’t built before 1913 and I’ll check that out and confirm it today. The ESB have a right of way there too,” Cllr Aird maintained. 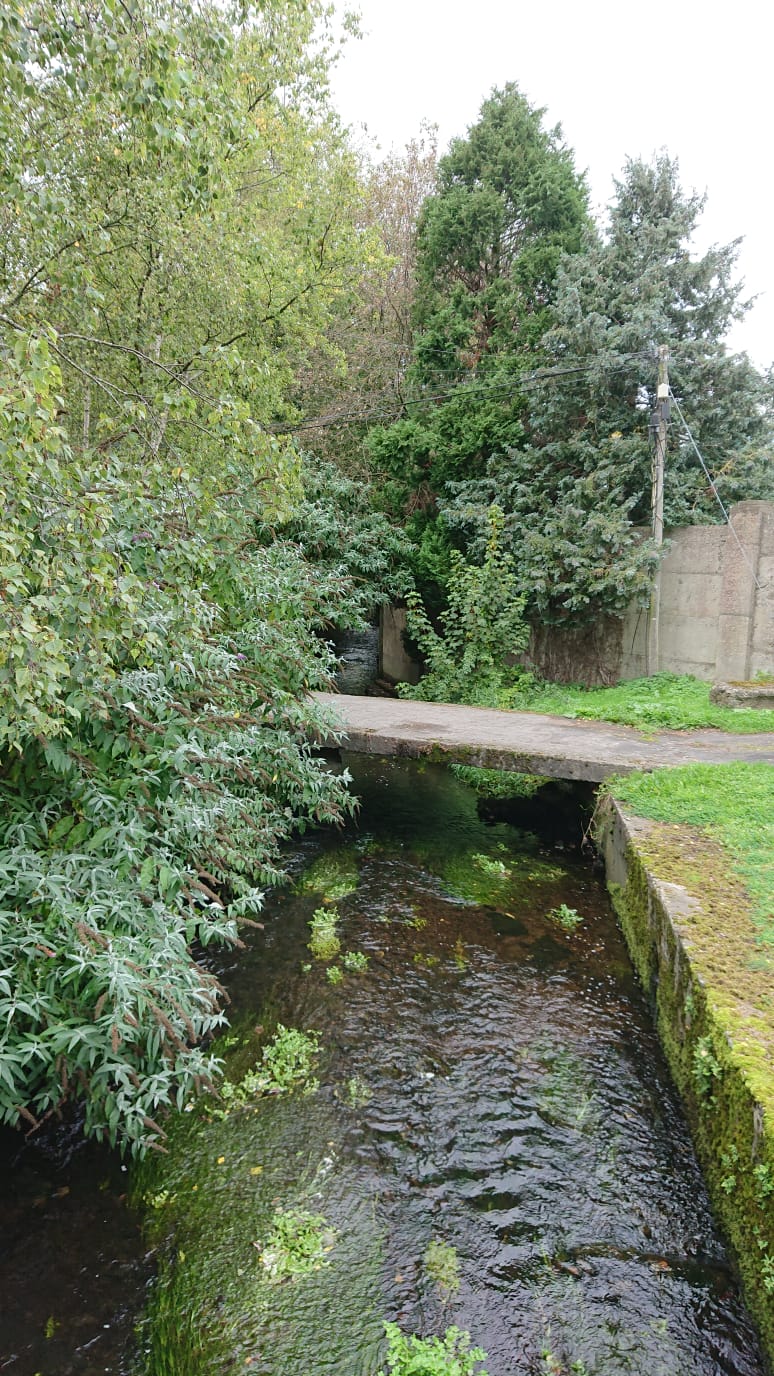 Cllr Noel Tuohy agreed with this assessment. He said that the bridge is referenced in Lalor’s of the Bridge in the song, The Portlaoise Queen.

In an intervention which helped defuse the situation the new Director of Services, Mr Simon Walton observed that it appeared that the bridge is located on private property but now posed an issue of public safety.

A third party consultant on an adjoining site had made an observation in the interest of safety.

He asked councillors to leave the matter with them as they endeavoured to establish the issue of whose property, its safety and who and how any necessary remedial works might be carried out.