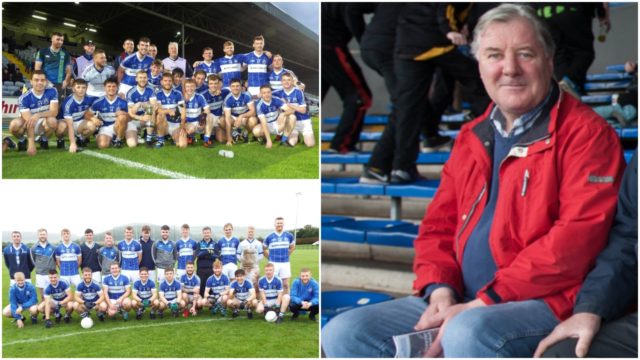 The last time the Castletown footballers lost a competitive game was July 29 2016 – over three years ago.

Rathdowney defeated them in the Junior C semi final that day but ever since then, the Castletown lads have won every game. And now this evening they will go for three county titles in a row when they face O’Dempsey’s in the Junior A football decider.

They don’t compete in the league so they entered the Junior C in 2017 and won four games to win it – including beating their nemesis Rathdowney in the final.

In 2018, they stepped up to Junior B where they defeated Rosenallis, Arles-Killeen, Timahoe and then Rosenallis again to claim glory.

This year, Castletown stepped up to Junior A where they had fine wins over Ballylinan, Portlaoise and Spink before stunning pre-tournament favourites Park-Ratheniska last week to reach the final.

They have won 12 games in the last three years and the most remarkable thing about their unprecedented winning run is that they have never held one training session.

Even after their win over Spink in the quarter final in Stradbally a few weeks ago, they headed to the cars and came back with hurls to do a session in a completely different code.

The main man behind it all is PJ Mullaney – one of Castletown’s finest. Dad to Ryan and James, PJ has been on the sideline for the last three and a bit years and he hopes the winning run continues.

But he confirmed that although they were knocked out of the hurling last week by Camross – they still haven’t held a football training session!

“We got them together last night to give them a bit of gear for the final but that is it.

“John Mulligan of Portlaoise is a great friend of mine and he was involved with a Junior C team who did savage training to win a hurling championship last year – and he couldn’t believe that we haven’t trained.

“You see they have been training with their hurling so they are fit enough. Even after hurling training, there wouldn’t be a football produced or anything like that.”

At the start of the year, Castletown were looking just to stay at Junior A so PJ says they never thought they would end up in a final.

PJ said: “Without a doubt no – we were probably just happy enough to have won the first round to hold on to our Junior status for another year.

“We won Junior C in 2017 and Junior B in 2018 but the standard in those competition would be rather similar – there isn’t a whole lot between the teams in those grades.

“When we got to the semi final against Park-Ratheniska, lads started to get a bit of confidence and started to think that ‘you know what, we have a chance here’.

“We were lucky enough to scrape over Portlaoise in Round 2 (1-14 to 3-6). That could’ve went either way but winning that gave us the break before the quarter finals which helped.”

Castletown lost their main scoring forward James Mullaney after the win over Portlaoise as he emigrated to the Middle East but PJ confirmed that he is home for the final – although they are down three other players.

PJ said: “We had James (Mullaney) for the first two Rounds against Ballylinan and Portlaoise but we haven’t had him since – for the games against Spink and Park-Ratheniska.

“We have him home for the final. He came home Friday morning and he is going back Sunday morning – I don’t know what he will be like fitness wide but he is here anyway.

“We’re down Evan Cuddy and Gearoid Gaughan. The two of them are at a wedding in New York and Evan in particular will be a huge loss because he has been centre back all year.

“And then we lost Joe Phelan after he got injured in work so we are missing three of the team that played in the win over Park-Ratheniska.” 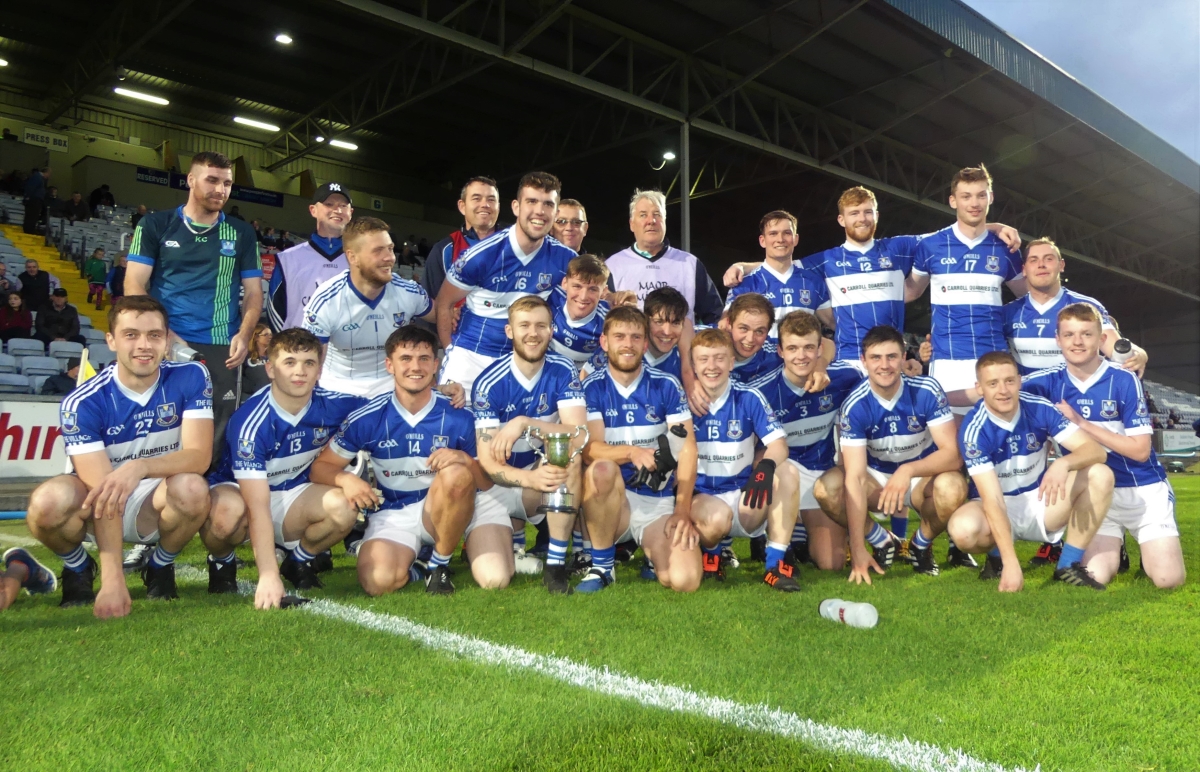 Once again, Castletown go into tonight’s final as underdogs against an O’Dempsey’s team who lost this game last year to Annanough.

He said: “We know we are up against it against O’Dempsey’s. They are not too bad at all and you would imagine a lot of their lads have been training with their seniors all year.

“But look we’ll go out the same way we have for the last three years and see where it takes us.”

Castletown face O’Dempsey’s at 5.30pm in O’Moore Park this evening in the Laois Junior football final and if you can’t make it, you can follow all the action as it happens over on our Live Blog.