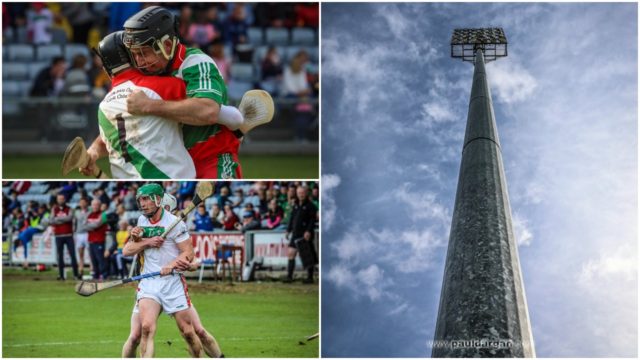 The weeks are tipping by nicely and we are back with our latest hurling Podcast.

And it is our penultimate hurling review Podcast as we look back on a weekend that saw the eight remaining adult teams reduced to two.

The action got underway on Saturday with one Senior A semi final and the Minor ‘A’ hurling decider.

Rosenallis and The Harps were successful in those and that day set up a great weekend for The Harps who also claimed U-13 glory and won the other Senior A semi final on Monday night.

In the Senior championship, the clash between Rathdowney-Errill and Camross didn’t really live up to the billing – until the finish when Ross King won it with virtually the final.

While the other semi final saw an injury hit Clough-Ballacolla fall to Borris-Kilcotton.

This sets up a repeat of the 2016 final which Borris-Kilcotton won after a replay.

We also have some chat about the appointment of John Sugrue to a new job.

For the first time in a long time, we have no guests this week so Alan Hartnett and Steven Miller are back in the hot seat.