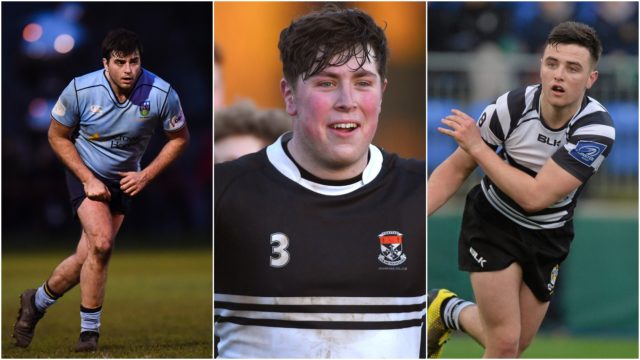 There was a number of Laois players involved on the opening weekend of the top two divisions of the Energia All Ireland League.

Laois players were involved with Shannon, Naas, Terenure and Old Wesley as the top club rugby competions in the country got underway.

Ballacolla man Liam Hyland, who has played senior rugby with UCD and Garryowen, is now in the Terenure colours and was prop as Terenure got their season off to a good start in Division 1A with a 22-19 win away to Ulster side Ballynahinch.

Among his team-mates was Tim Schmidt, who is son of Ireland coach Joe, and was previously on the books of French giants Toulouse.

In Division 1B, the famed Shannon club had two Laois players involved. Keith Kavanagh from Killenard, who has been with them for the past couple of seasons was scrum-half in their narrow 22-20 loss at home to Old Belvedere, while former Portlaoise underage player Luke Rigney made his debut off the bench in the front row.

Rigney continues a proud rugby tradition for the Rigney family as his father Des played senior for Buccaneers along with his brothers Brian, Colm and Donal in the late 1990s/early 2000s.

Rory Stynes kicked two conversions and a penalty for Old Wesley in their 1B win over Banbridge while Craig Telford and Ian Condell, who previously captained UL Bohs in Limerick, were on the bench.

Elsewhere there was two Laois lads involved with the Naas team that were beaten 13-7 away to Armagh.

Croke, who started out with Portlaoise and previously played with Boyne and more recently on his travels with clubs in London and Australia, was out-half while 18-year-old Craig Adams was on the wing.

Craig is another who started out with Portlaoise and is in just his first year out of school having previously played a number of years senior cup rugby with Dublin school Kings Hospital.