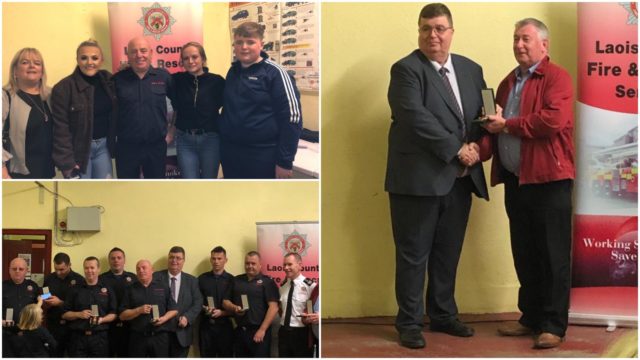 Over the next few weeks other districts in Laois will also be presented by Councillor McEvoy.

McEvoy finished “that they are hoping to encourage women into the force and he thanked the firemen across Laois for their hard work and continued effort”.

Fireman Eamonn Mansworth was one of the firemen receiving the medals in Stradbally, and he was delighted to receive the medal “ I was more than happy to receive the award. It was a great night.
“It was great to get the recognition for the service” he finished. 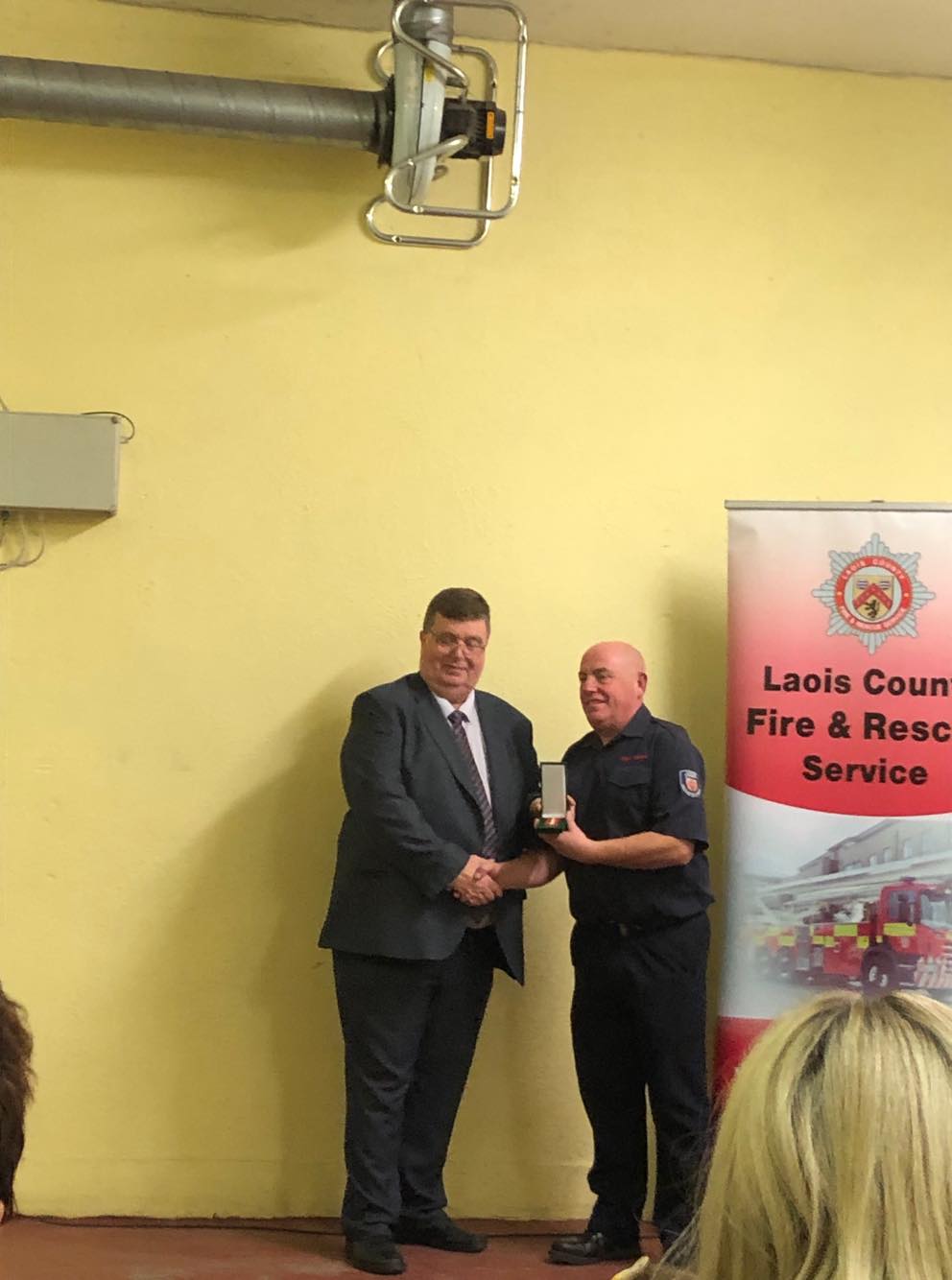 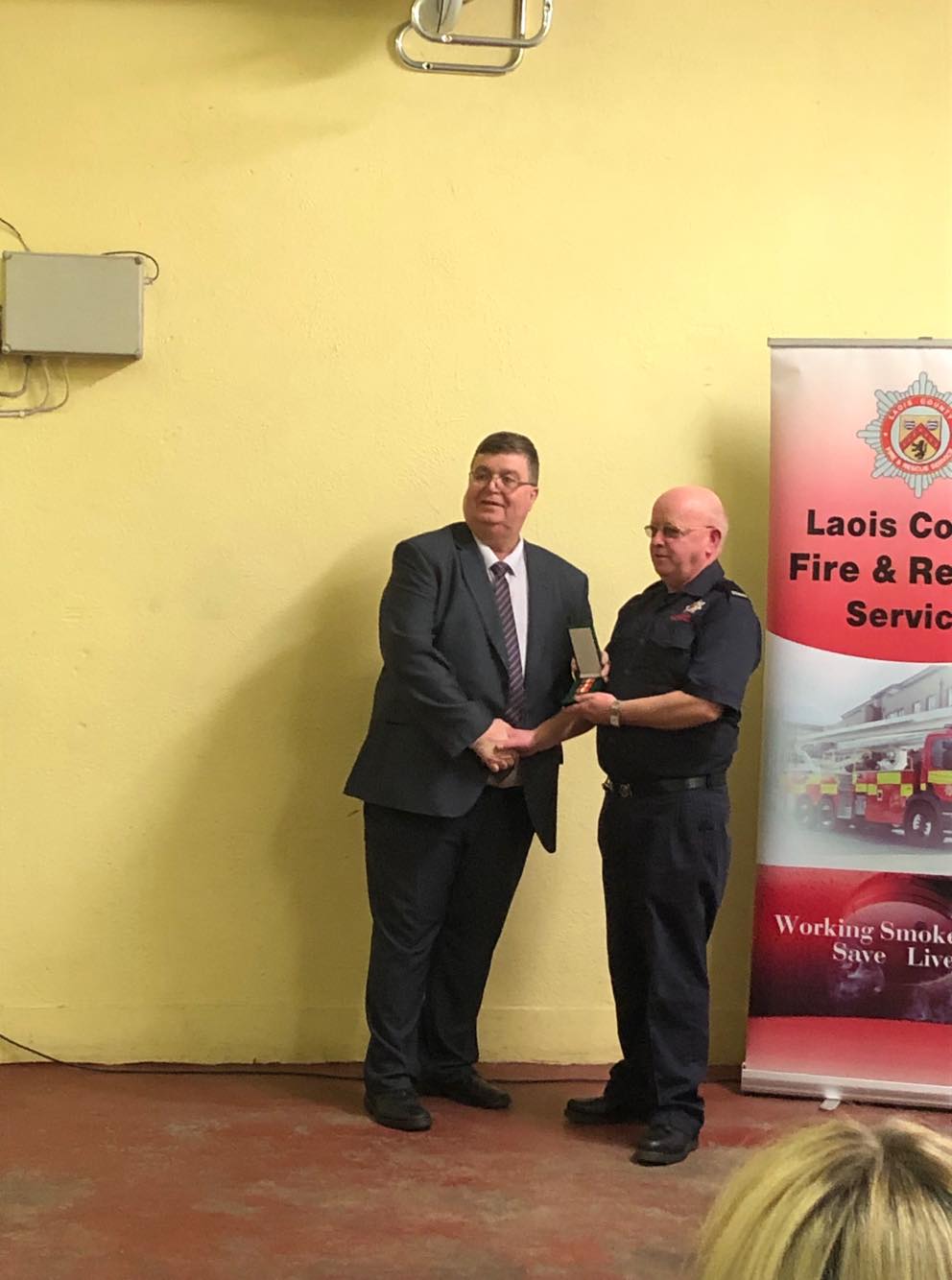 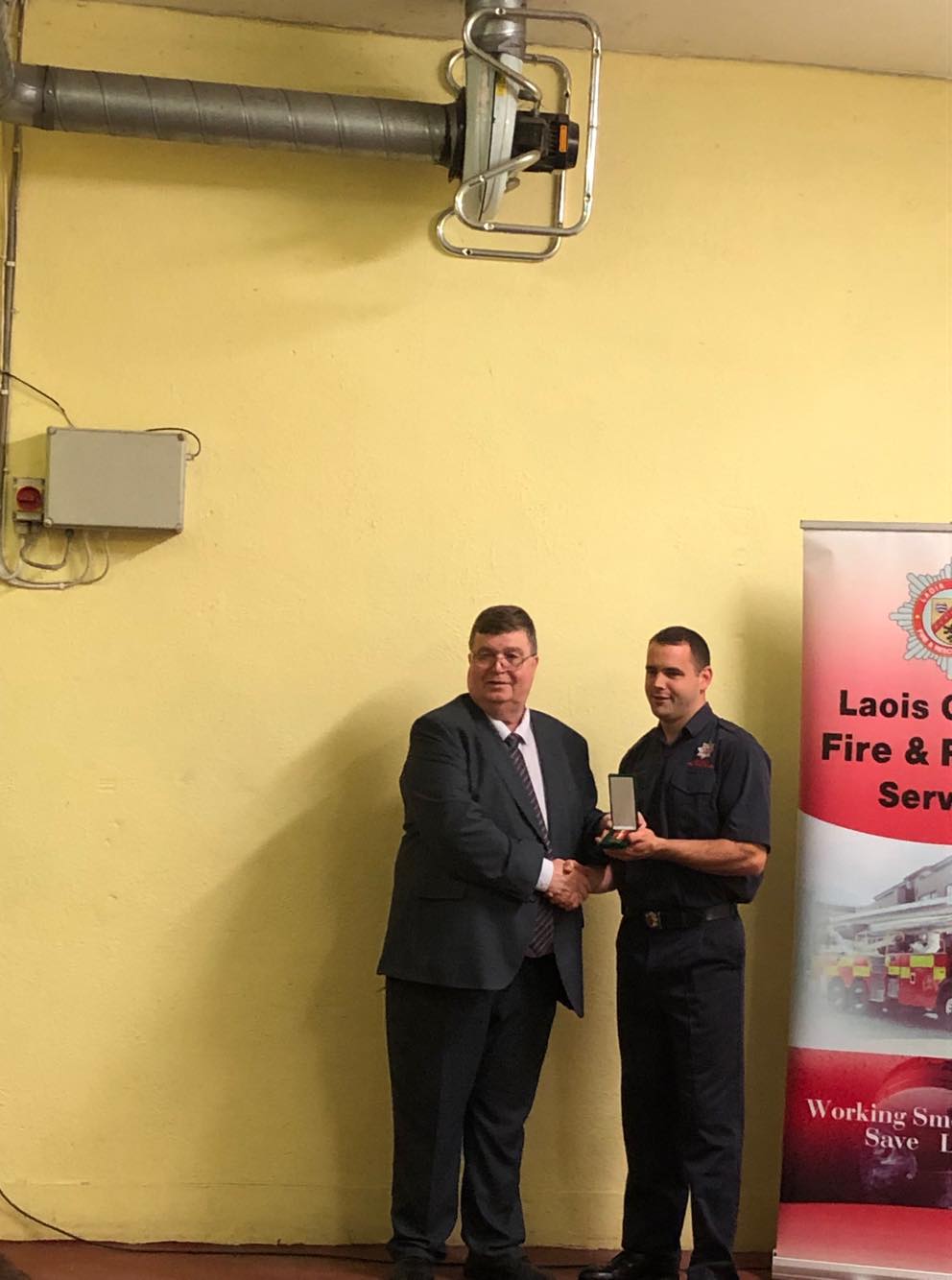 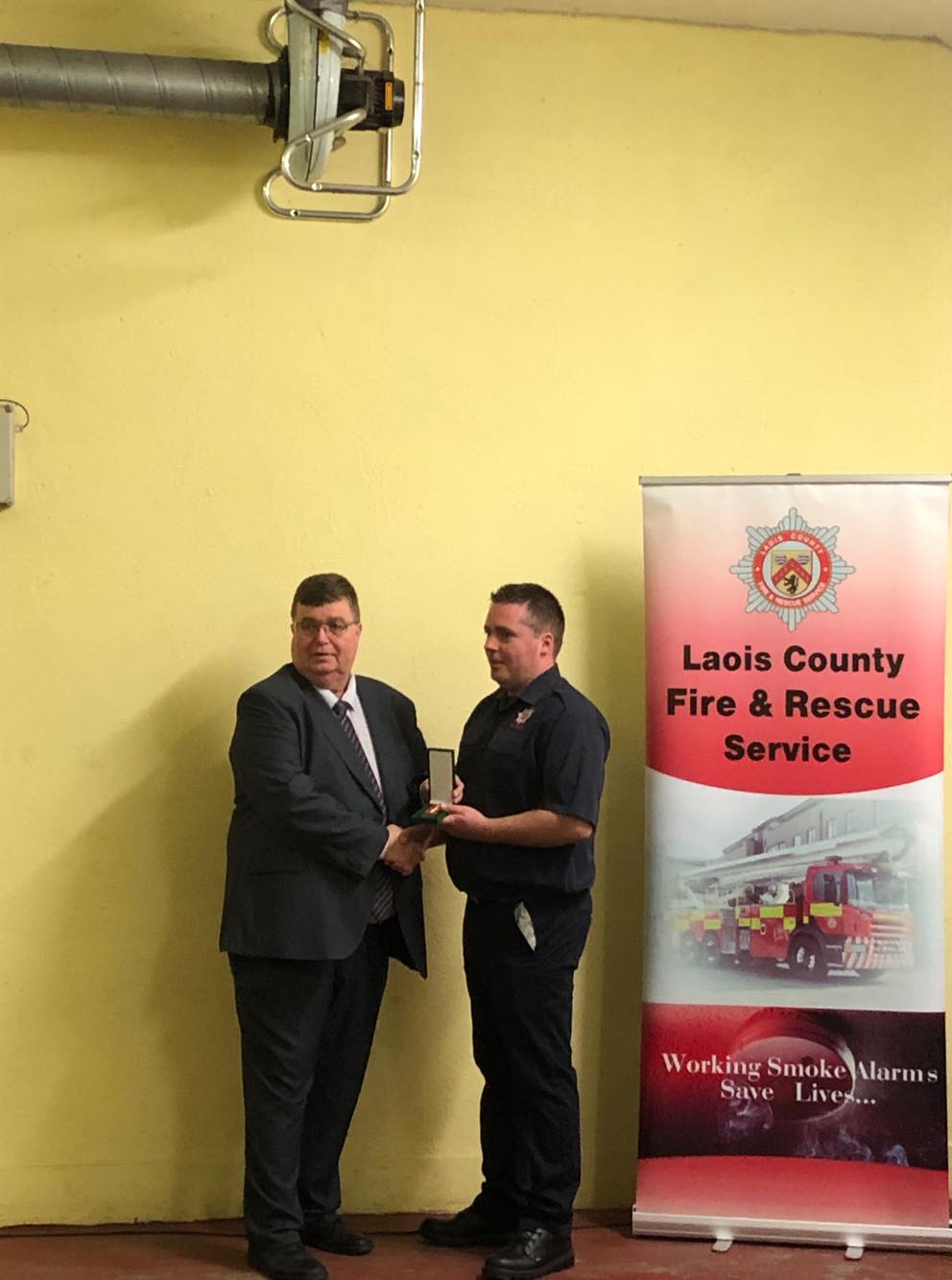 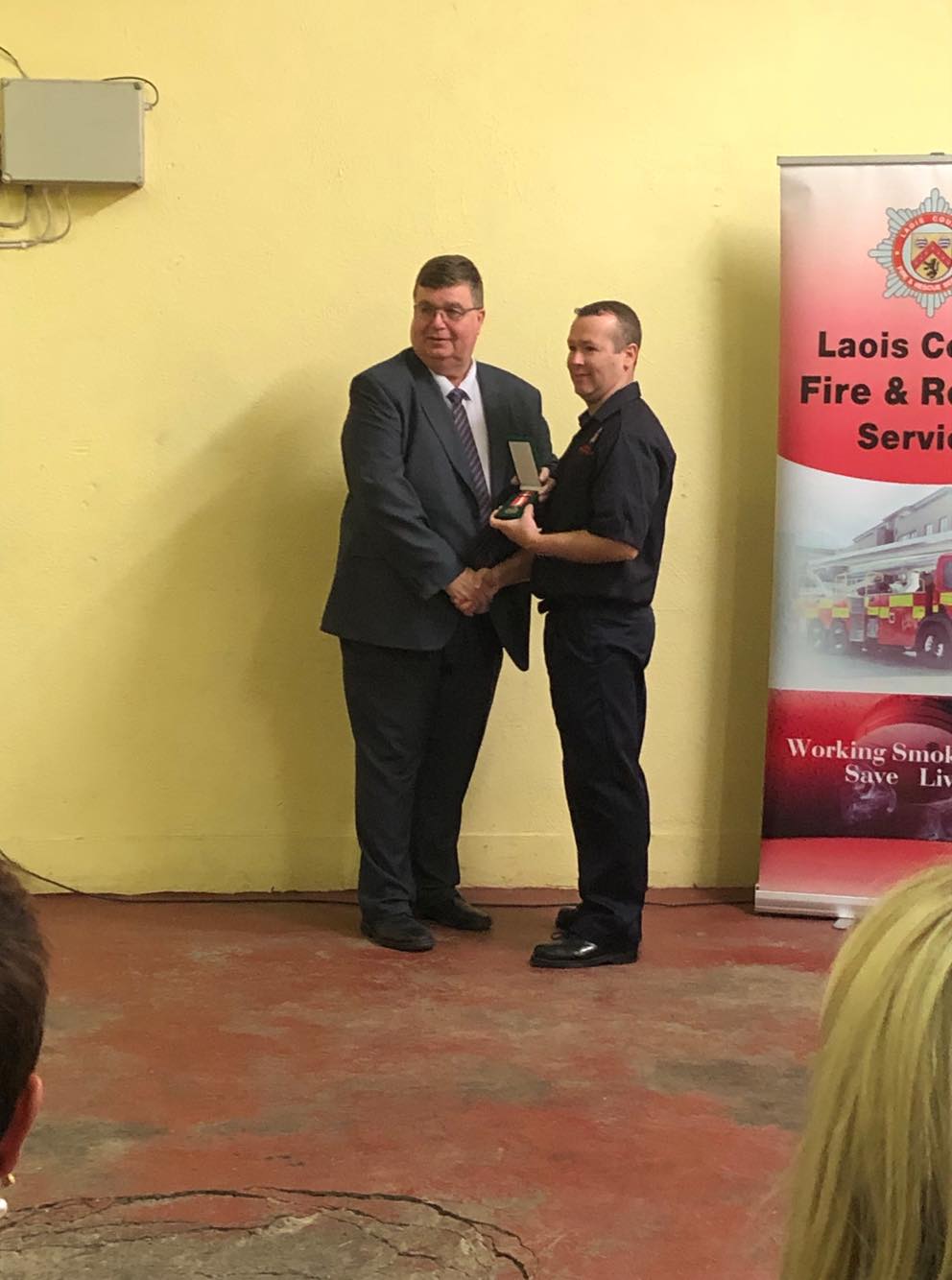 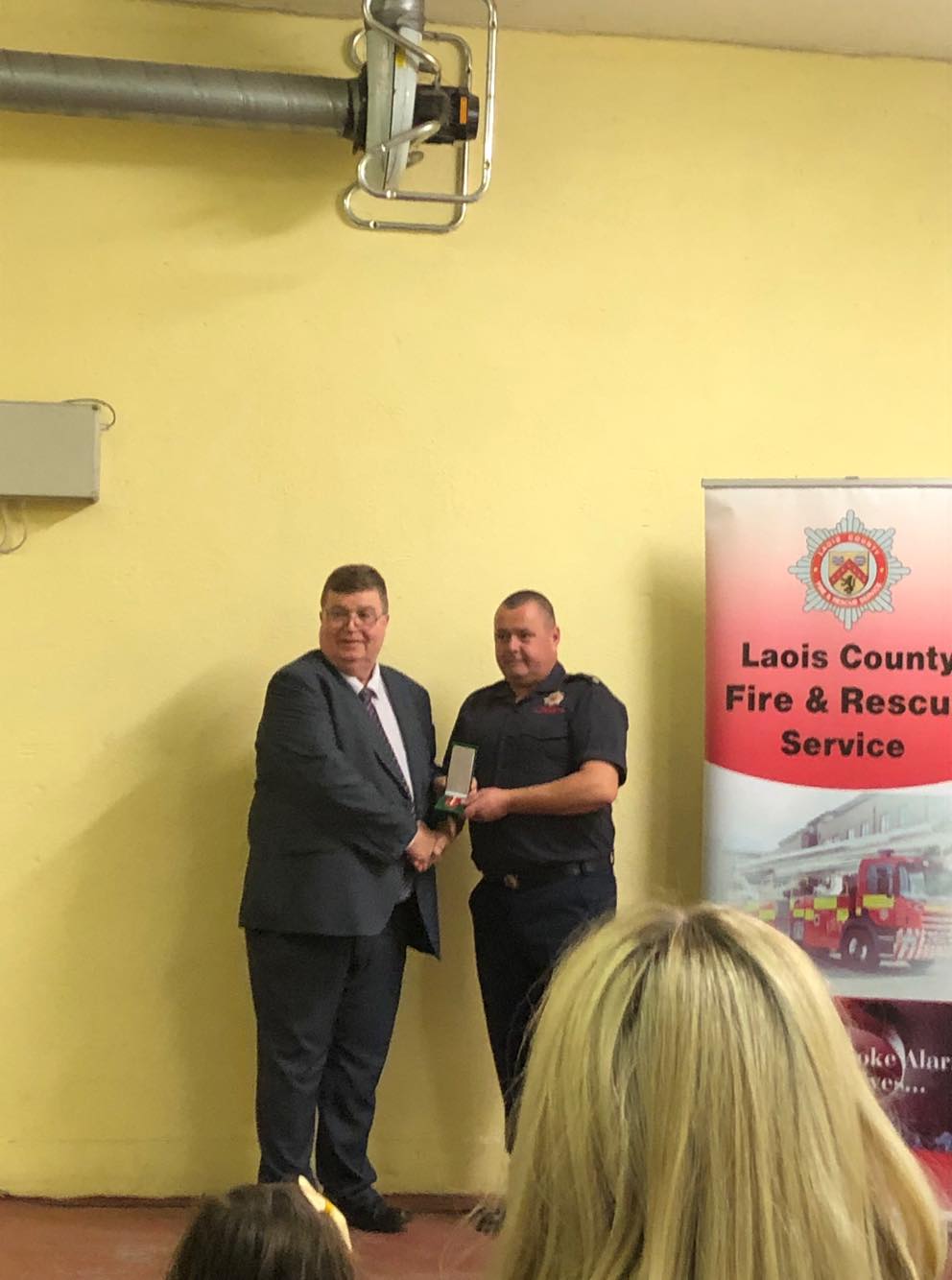 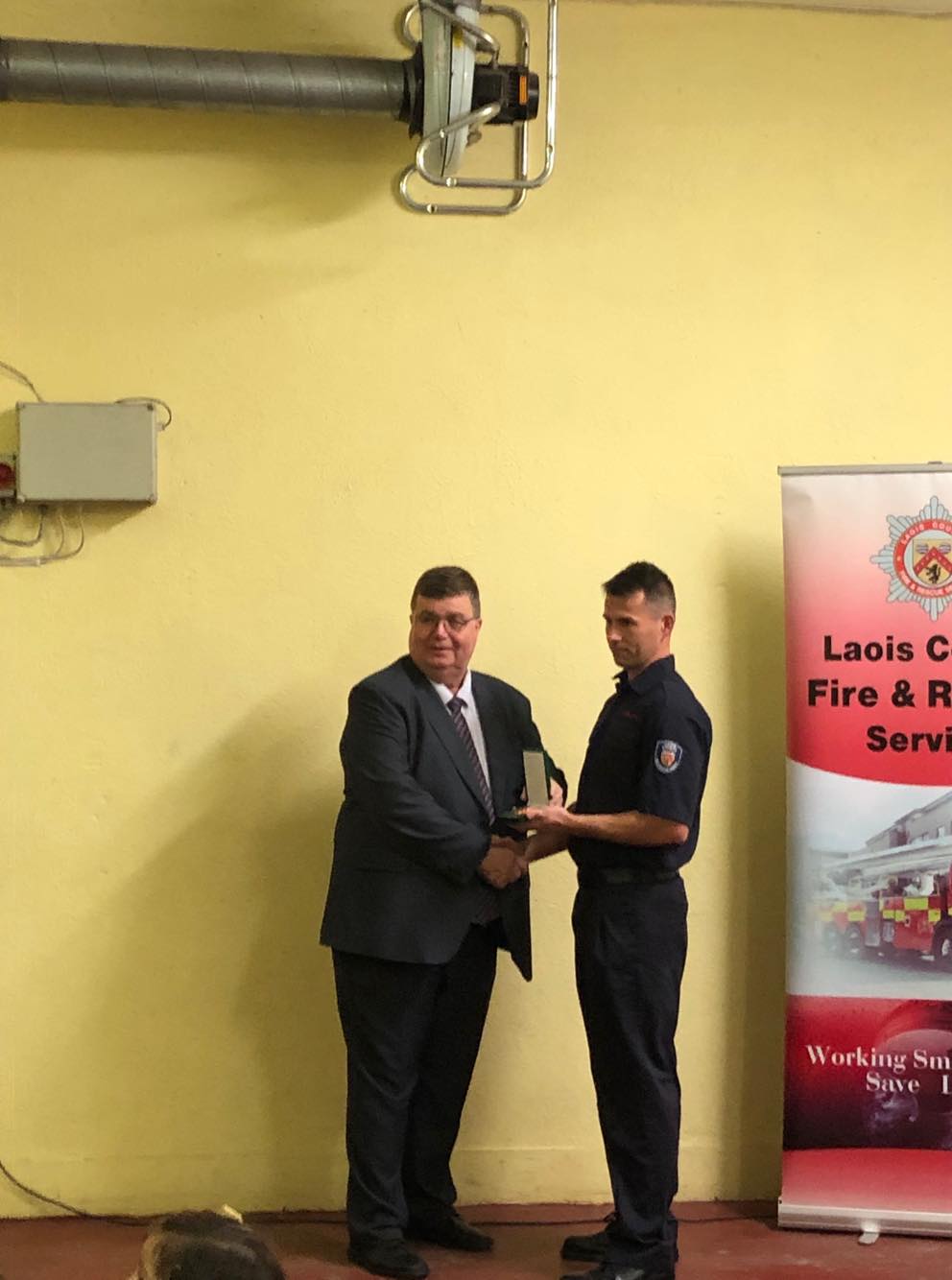 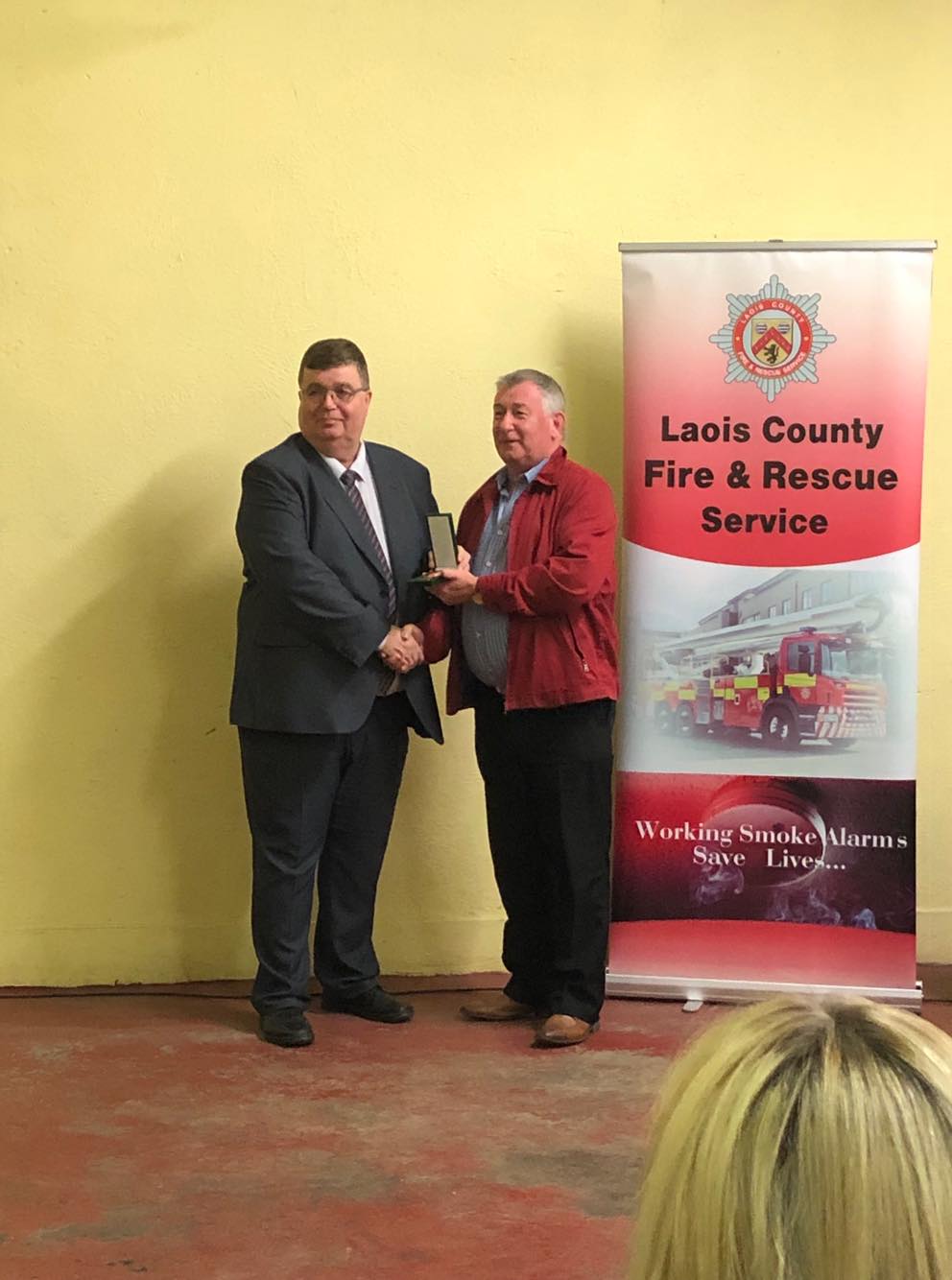 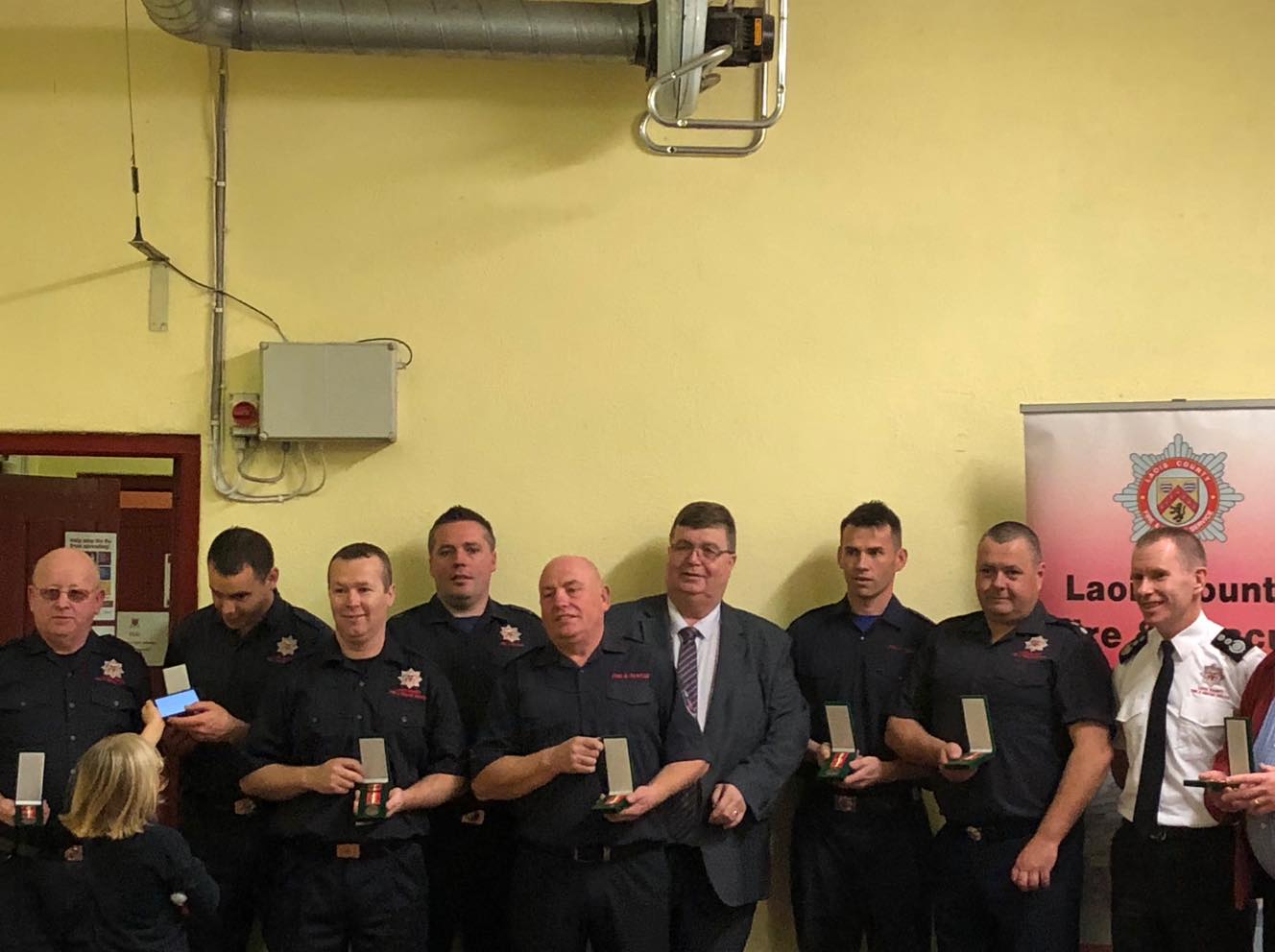 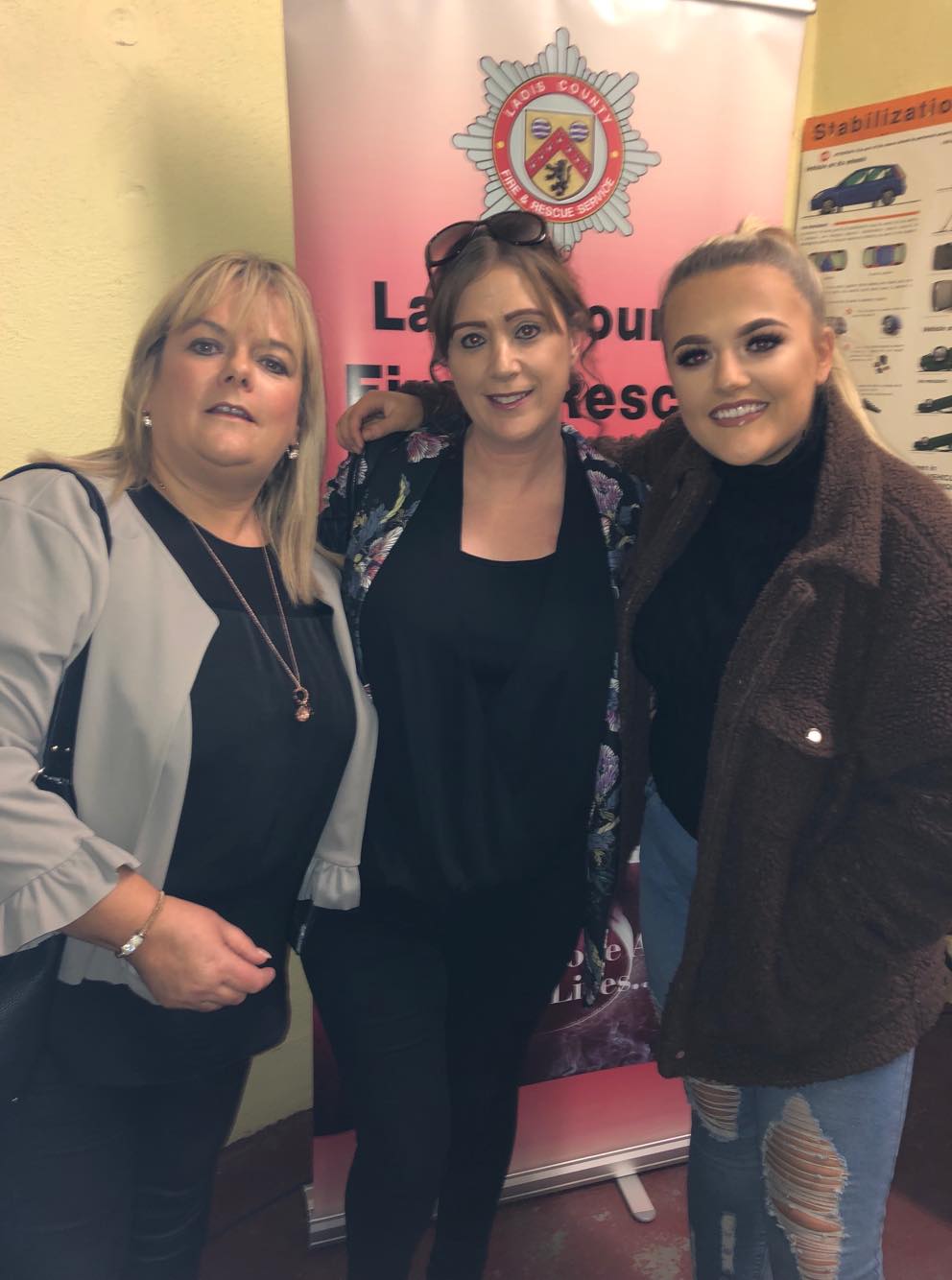 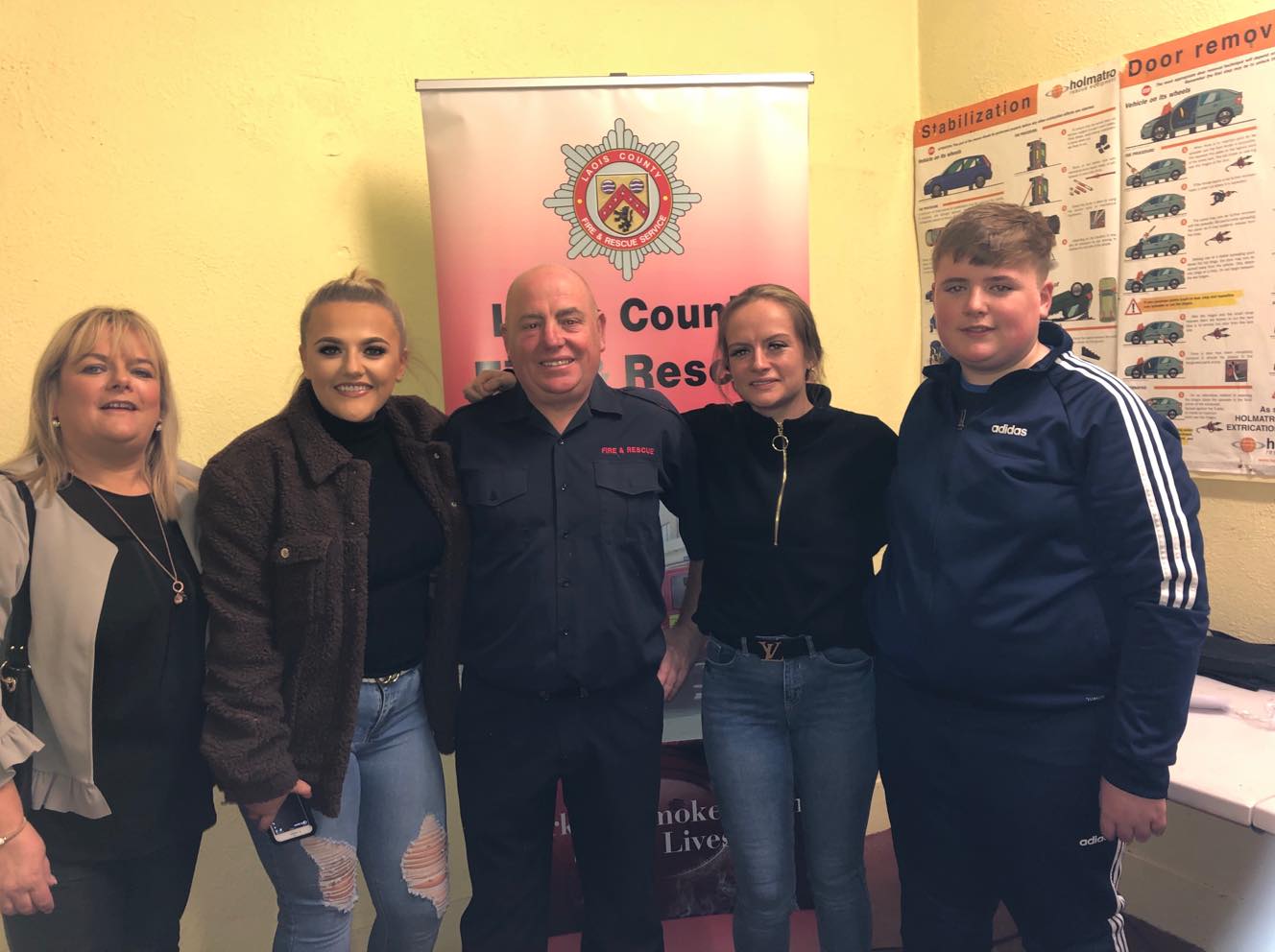 What’s it like where you are? Four Laois people living abroad on their new Covid lifestyles