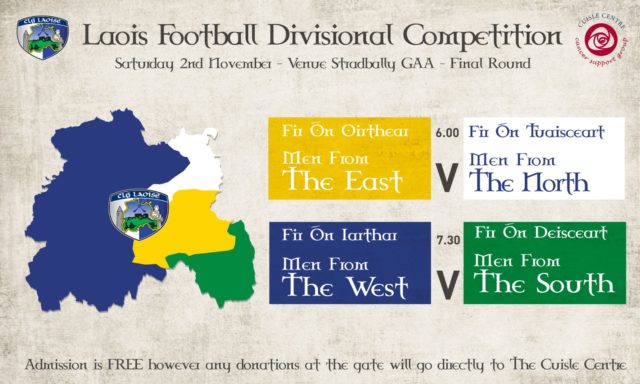 After two exciting rounds of the Divisional Football Competition – it all comes to a conclusion tonight with another double header.

Bill Delaney Park in Stradbally is the venue as the winners of the competition will be crowned this evening.

Right now, The West are in pole position as they know that if they can avoid defeat tonight, they will be crowned competition winners.

2018 champions The East are still in the running following their 10 point win over The South last week.

They face The North in the first game of the evening at 6pm where both teams could still mathematically win the competition.

The North must win by three points and hope The West lose to be assured of being crowned victors while a win for The East could also see them retain the title if The West are beaten.

But the men from The West, who lost every game last year, will go into their final game with The South as overwhelming favourites.

The South have been disappointing so far in defeats to the North and the East and although they have nothing to play for in their game at 7.30pm, they will be looking to be in a better performance at least.

New Laois manager Mike Quirke confirmed that like John Sugrue last year, he will be using this competition to identify players that he wants for his panel.

Like last week, we will have a live blog from Stradbally which will bring you all of the action as it happens.

Organisers have also confirmed that all supporters are invited to Dunne’s Pub in Stradbally after the game for the medal presentation.

And like the last few weeks, admission is free but all donations made will go to the Cuisle Centre. 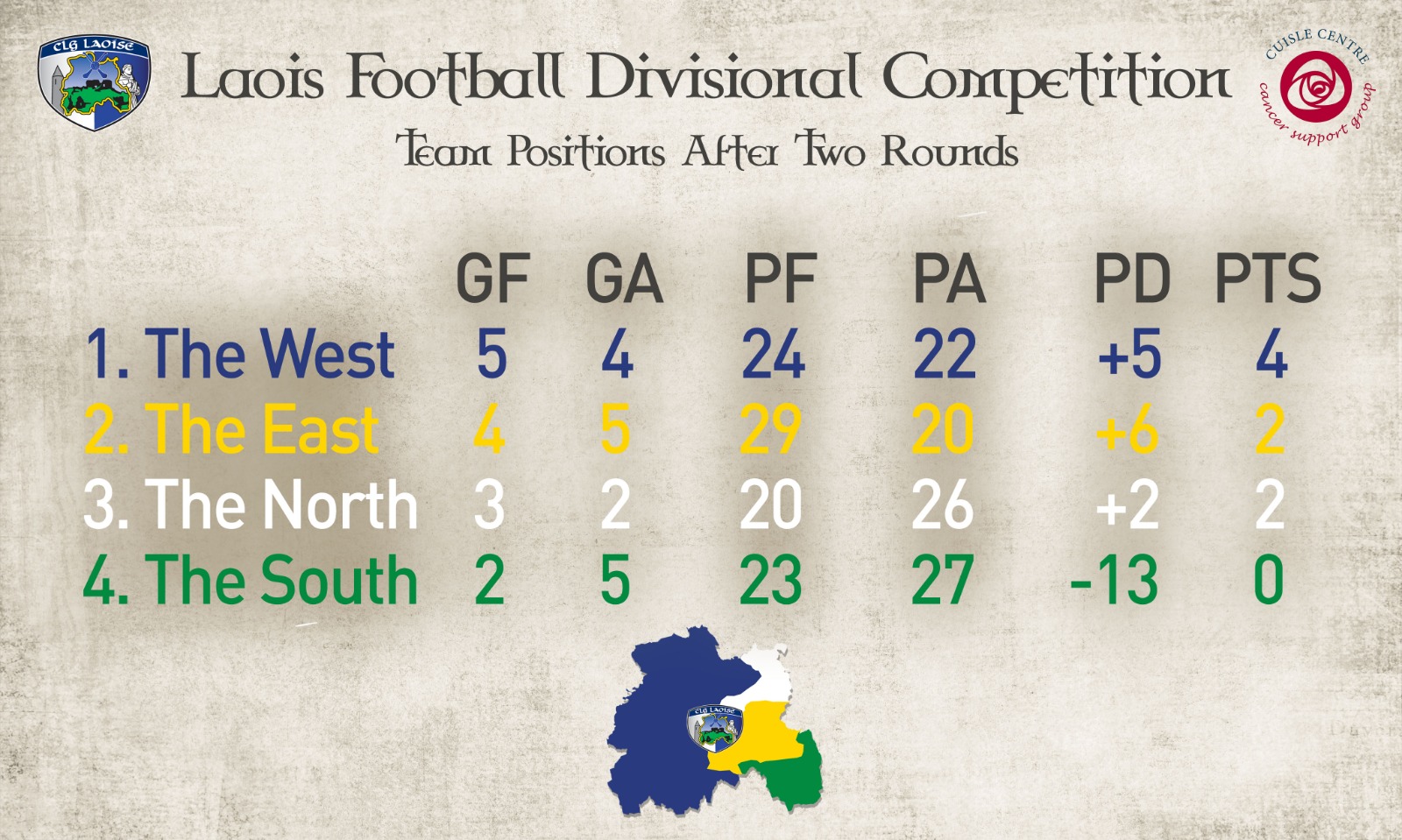 Talking Sport: Laois hurlers Willie Dunphy and James Keyes on getting back to work, super skills, Shinty and 7-aside teams