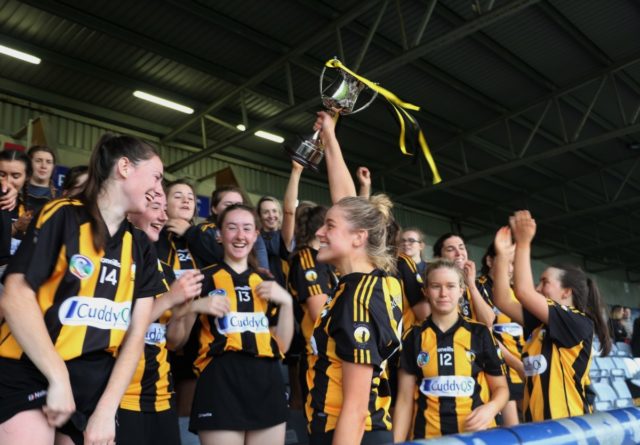 Camross are the Laois representative in this year’s Leinster Intermediate Camogie Champsionship.

This weekend they will take on Kildare’s Johnstownbridge in the Leinster semi-final where both teams will be looking to be crowned champions following last year’s winners, St Rynagh’s of Offaly.

With all the information you need to know – here is out guide to the game.

Camross dethroned O’Moore’s as county Intermediate champions after beating St Brigid’s by five points. They had a strong season after beating The Harps in the semi-final on a scoreline of 1-11 to 0-9.

That brought them straight into the Leinster Championship to face Myshall in the quarter-final where they overcame the Carlow women by 3-7 to 0-10.

That brings us right up to today where there is a spot in the Leinster final up for grabs and judging by their season, Camross will be a strong side to beat.

The team have been training well and are ready for battle. Having gone from 16-17 players last year up to 20 from last year, the team is growing and proving stronger.

Young players such as Fiona Scully and Andrea Scully are new additions to this years team alongside the usual talents of Niamh Dollard, Sarah Anne Fitzgerald, Kirsten Keenan and Claire Fitzgerald to name just a few.

Johnstownbridge were knocked off their throne last year by Naas last year but came back fighting to get back on top this year.

Before their loss in 2018, they were reigning Kildare champions for seven years in a row, having started their winning streak in 2011.

Johnstownbridge are a strong side and have three consecutive All-Irelands– two at Junior level and then the Intermediate crown at the first attempt.

Siobhán Hurley will be a big threat among other as Johnstownbridge will be looking to get back on the podium again thus year.