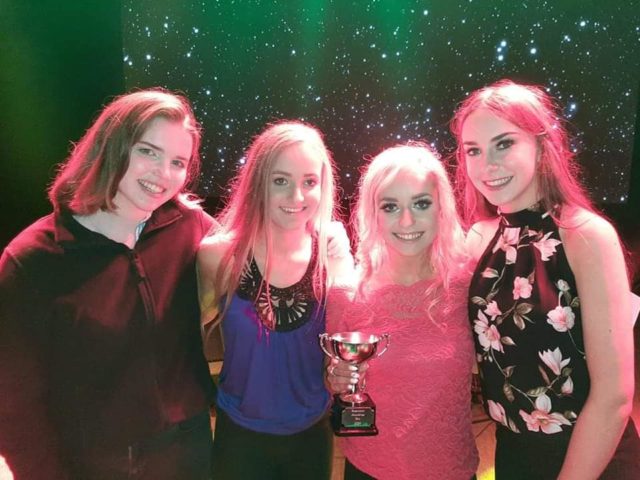 This is a serious achievement.

Cliona sang and wrote the winning song while she was accompanied by musicians Katie, Éabha and Kate as they won the TG4/Foras na Gaeilge Beo Song Contest.

This competition encourages young musicians and song-writers to compose and perform songs in Irish and English.

Clíona composed and wrote the song and was accompanied by the girls for the live performance on TG4.

Cliona and Katie are both students in St Fergal’s College and the school paid tribute to their efforts on Facebook.

They said: “Hats off to Clióna for such a great composition and to all on a flawless performance.

“Thank you to everyone who supported Clíona’s entry during our recent campaign seeking support for ‘likes and views’ on her YouTube video which accounted for 10% of her overall mark.

“Spink Comhaltas proudly boasts 3 members of this talented group and photos are courtesy of their facebook page with thanks.

“Such a fantastic achievement, well done to everyone involved helping these young people maximise their potential.”

Borris-In-Ossory singer Cliona McDonald also stars in the new video from Colaiste Lurgan in Galway which went on their Youtube channel recently.

Recording in the Gaeltacht during the summer, Cliona takes on the role of Lady Gaga for a stunning rendition of ‘Shallow’ from the move ‘A Star Is Born’.