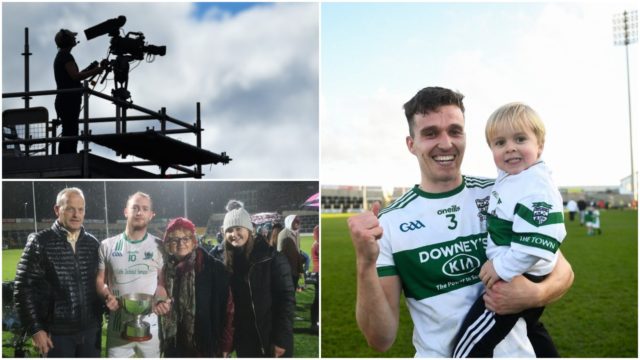 We’re back with another Podcast and by God do we have loads to talk about.

First off, we have a brand new guest as our newest employee Aedín Dunne joins the panel.

She is joined by regulars Steven Miller and Alan Hartnett as the trio cast their eye back over the weekend and look ahead to the next one.

We begin by looking back at Sunday in Aughrim where Portlaoise needed a penalty shoot-out to defeat St Pat’s.

Rosenallis also reached the Leinster semi final as they got the better of Fr Manning Gaels in their Intermediate quarter final.

The lads also look ahead to this weekend which will see a county final, a Leinster final and two big semi finals.

The U-20 hurling final between Raheen Parish Gaels and Camross will be played while Camross are also in a Leinster Intermediate camogie final against St Rynagh’s of Offaly.

Meanwhile, Rathdowney-Errill are in a Leinster semi final on Sunday against St Mullin’s and the Laois U-16s are in the Fr Manning Cup semi final.

We also discuss calls for Steven to stop ‘pissing and moaning’ about everything!

For all that and more, check it out below: