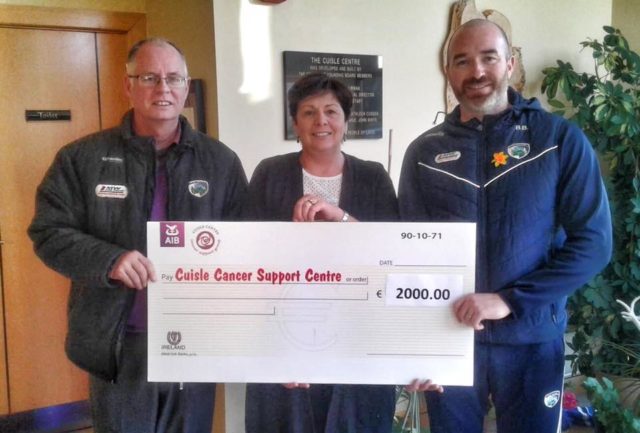 The recent Laois GAA Divisional Football competition has raised a huge sum of money for a very good cause.

Around €2,000 has been made for the Cuisle Cancer Support Centre in Portlaoise from the gate receipts and donations from players and referee from the six games over the past month.

Former Laois football boss John Sugrue came up with the competition as a means to see potential panelists for 2019 playing in a more talent-concentrated environment than the club championships.

And Laois GAA, driven by Bryan Breen and Laurence Phelan, continued the competition this year.

Some changes to the format were made with some clubs moving into different divisions and also the scrapping of the Shield and Cup final stage.

Players from almost every club in the county took part with the exception of Portlaoise who are competing in their Leinster club championship.

As for the games themselves, the men from the West, who lost every single game last year, were unquestionable the best team this time around.

They defeated all three of the other teams and absolutely walloped The South, who finished bottom, in the final game.

The North finished runners up this time while last year’s winners, the East, came third.