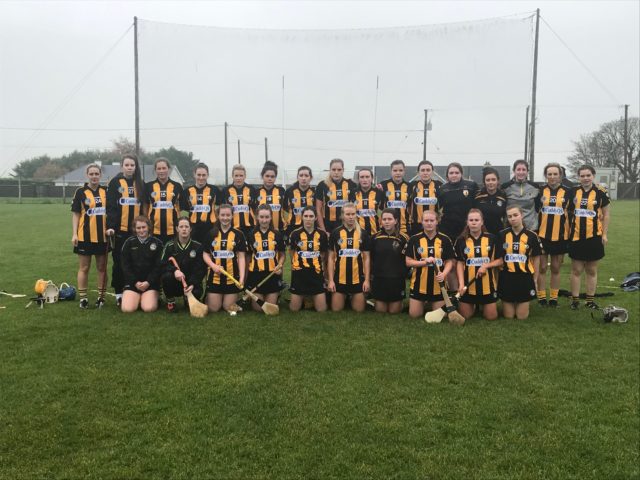 It is a big weekend for Camross as they take on Offaly Champions, St Rynaghs in the AIB Leinster Intermediate Club Final on Sunday.

Camross have got multiple great wins under their belts after defeating St Brigids in the county final, Carlow’s Myshall in the Leinster quarter final and two-time All Ireland Club champions, Kildare’s Johnstownbridge in the semi-final.

That brings us up to this weekend where St Rynaghs of Offaly stand in the way of the ladies and their title.

St Rynaghs will not be an easy task. They have multiple strong players including 2018 Offaly Footballer and Camogie player of the Year, Kate Kenny.

Kenny is an all around natural athlete as well as fellow dual player Roisín Egan. Linda Sullivan and Siobhan Flannery will also be ones to watch as they’re both very strong, physical players with natural skill.

The Offaly side are three in-a-row county champions having beaten Shinrone the last three years.

They are a team with massive character as shown in this year’s Offaly county final as they looked to be dead and buried in the second half but staged a stunning comeback to keep their title.

Camross will not shy away, however, as they have superb leaders such as Sarah Anne Fitzgerald, Claire Fitzgerald and star corner forward Kirsten Keenan to lead the way.

Andrea Scully, Olga Parkinson, Mairead Burke and Niamh Dollard are also key components to this brilliant team, and that is only to name a few.

Camross have shown great character and learning curves throughout their season. They take lessons from each game and bring them forward into the next and their experience and composure cannot be overlooked by the Offaly side.

On paper, it is set to be a cracking game with some brilliantly even match ups. The teams are very well matched and if Camross can hold them accountable for very few scores from play similar to Johnstownbridge, the Leinster title might well be theirs at the final whistle.

The game will take place as part of the double header just before the senior game between St Vincent’s of Dublin and St Martins of Wexford.

It will be in Donaghmore-Ashbourne on Sunday at 12:30pm.