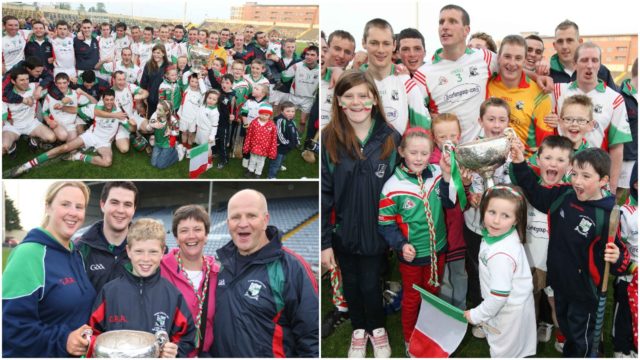 Rathdowney-Errill will look to reach their first ever Leinster senior club hurling championship final when they face St Mullin’s of Carlow on Sunday in Netwatch Cullen Park.

And ahead of that game, we have delved into the archives to pull up a report of their third Laois senior hurling triumph.

After wins in 2006 and 2008, Rathdowney-Errill defeated Camross by five points to claim glory once again in 2010.

The game was tight throughout but in the end it was goals at the end of both halves that did the trick for Rathdowney-Errill.

Brian Campion drilled home a free right on the stroke of half time to give them a 1-7 to 0-6 advantage at the interval.

Niall Holmes got Camross back into the game with a second half goal for Camross but in the end, Jason Phelan popped up five minutes before the end with a second goal.

The victory sparked wild celebrations as fans savioured what was their third title at the time.

Alf Harvey was there at full time to capture the best of the reaction as it happened.

Check out all 54 brilliant pictures of the celebration below: