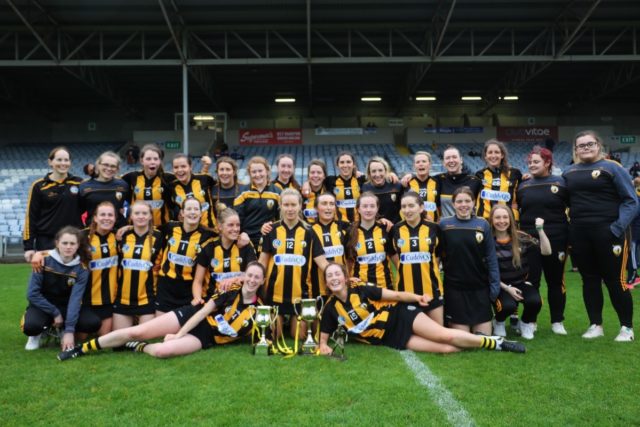 The game is set to be a cracker as both teams are evenly matched and both hungry for silverware.

We have all the details you need below.

Today in Donaghmore-Ashbourne, Meath at 12:30pm.

Camross have had a strong season so far. They beat St Brigid’s in the county final to begin their Leinster campaign.

They took on Carlow’s Myshall in the quarter-final where they showed great strength and depth to their team to come away with a six point win.

That was followed up by two-time All Ireland Club Champions, Kildare’s Johnstownbridge in the semi-final where they oozed class to claim their spot in the final.

They have exuded class and experience throughout their championship campaign from Laois championship up to now and if they keep their composure and play their usual form of camogie, they could well be lifting the cup.

The team have been training well and are ready for battle. Having gone from 16-17 players last year up to 20 from last year, the team is growing and proving stronger.

Young players such as Fiona Scully and Andrea Scully are new additions to this years team alongside the usual talents of Niamh Dollard, Sarah Anne Fitzgerald, Kirsten Keenan and Claire Fitzgerald to name just a few.

The team have looked sharp and on form in their last two games in particular.

The Offaly champions are not to be overlooked by any means. They are three in-a-row winners having beaten Shinrone for the title for the last three years.

Kate Kenny was the 2018 Offaly Ladies footballer and camogie player of the year and poses a big threat, being an all round naturally skilled athlete.

Róisín Egan is another dual star to watch out for aswell as Siobhán Flannery and Linda Sullivan. Ryanghs are strong all around the pitch so Camross will have to be sharp and clued in throughout the game.