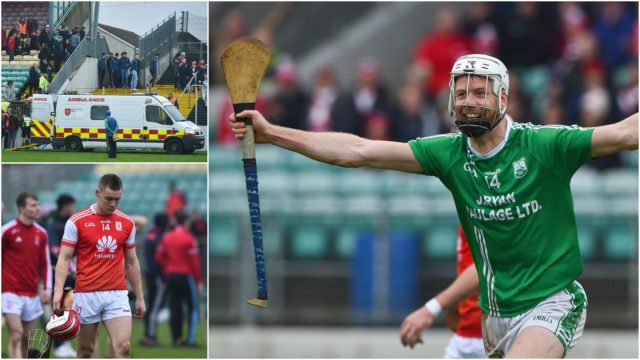 This afternoon Rathdowney-Errill will aim to become to first Laois side to reach the Leinster senior club hurling final since 2001 when Castletown fell to an all-conquering Birr side after a replay.

But what of the opposition?

Standing in their way are Carlow champions St Mullins who have been on quite a journey already this year.

The men from the south of Carlow are bordered by Kilkenny and Wexford and a puck of a ball could take you into any of the three counties.

After the round robin phase which saw St Mullins, MLR, Ballinkillen and Naomh Eoin all face each other, it was the defending champions MLR who topped the group and qualified directly for the county final.

St Mullins finished second in the group and faced Ballinkillen in the sole semi-final as bottom placed Naomh Eoin missed out on the knockout stages.

From here controversy arose as Ballinkillen were thrown out of the championship by the Carlow County Board.

This was due to a fixture issue with several of their players set to play an intermediate football championship semi-final with Kildavin-Clonegal less than 24 hours beforehand.

After launching an appeal to the Carlow County Board and Leinster GAA, Ballinkillen were unsuccessful in overturning the decision.

However, St Mullins kindly offered to play the game and in the end the game went ahead two weeks later than scheduled and turned out to be a real cliffhanger.

With just seconds of normal time remaining St Mullin’s struck for a late goal via talisman Marty Kavanagh to bring the game to extra time after Ballinkillen appeared to have one foot in the Final.

In the additional periods of extra time St Mullins put the pedal to the floor and progressed to meet their near neighbours and 2013 Leinster champions Mount Leinster Rangers in the final just eight days later.

On the day it was the challengers who started brightest and led 2-12 to 1-9 at half time with MLR looking sluggish after being over a month without competitive action after the semi-final fiasco.

MLR to their credit fought back to level the game late on but a last gasp Jason O’Neill point gave St Mullins a 2-17 to 1-19 victory and their first county title since 2016.

Their first task in Leinster was a daunting one with 2017 and 2018 All Ireland Champions Cuala coming to Netwatch Cullen Park with a large travelling support.

The game was finely poised at half time with Cuala leading by a point and this slender margin at the interval gave St Mullins huge confidence heading into the second half.

They acted upon it too with Jack Kavanagh scoring a fortuitous early second half goal and despite the introduction of the mercurial Con O’Callaghan, the Carlow side pushed on and a late James Doyle goal was the catalyst for a famous 2-13 to 0-18 victory.

However, their celebrations were subdued as selector Micheál Ryan took seriously ill near the conclusion of the game.

To the relief of the entire community, Ryan is recovering well and just moments after waking up after his illness he was already talking about St Mullins’ wonderful victory.

And so this brings together an eagerly anticipated meeting between themselves and Rathdowney-Errill on Sunday at Netwatch Cullen Park which will also be played in front of a live national TV audience on TG4.

Irrespective of who prevails, the decider this year will have a novel finalist and with the strides made by both Laois and Carlow at inter-county level, a Leinster final really is a well merited prize for the efforts of both counties over the past number of years.