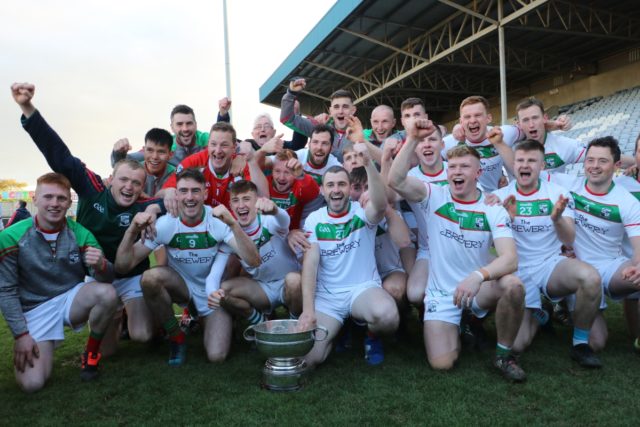 Laois senior hurling champions Rathdowney-Errill take on their Carlow counterparts St Mullin’s this afternoon in the Leinster club championship this afternoon with the prize for the winners a place in the final against Kilkenny’s Ballyhale Shamrocks.

Rathdowney-Errill are seeking to become the first Laois team to reach a provincial final since Castletown in 2001.

Netwatch Cullen Park in Carlow this afternoon at 1.30pm.

What should we know about St Mullin’s?

This year’s success denied their great rivals Mount Leinster Rangers of a third title in a row.

Managed by Niall O’Donnell – who has previously been over Ballygunner in Waterford and Carrickshock in Kilkenny – they stunned Cuala in the opening round of the Leinster championship.

Among their big names are free-taker Marty Kavanagh, his brother, Seamus Murphy and James Doyle.

They’ve had an eventful run to this stage of the championship, as documented by Kevin Regan in this piece here.

Kilkenny referee Sean Cleere is the man in the middle. He’s an experience intercounty referee who has overseen a number of Laois games in the past and whose biggest recent game was this year’s All Ireland semi-final between Tipperary and Wexford.

Despite St Mullin’s win over Cuala (when they were 7/1 outsiders), Rathdowney-Errill come in as slight 8/11 favourites. St Mullin’s are 11/8 with the draw at 9/1.

Laois’s poor overall in the Leinster club championship since Castletown were competitive in it in the early 2000s has meant that the Laois and Carlow champions haven’t met too often – however Mount Leinster Rangers got the better of Camross two years ago on a scoreline of 0-19 to 0-13 when the sides met in O’Moore Park.

What happens after this weekend?

The winners of today’s game will play Kilkenny giants Ballyhale Shamrocks in the Leinster club final in two weeks time – Sunday, December 1 – at a neutral venue.

Ballyhale were massive 5-19 to 1-16 winners over Wexford champions St Martin’s on Saturday in a game that saw TJ Reid hit 2-14.

We will be Live Blogging all of the action from 1.30pm while there will also be live TV coverage on TG4 from 1pm and live radio coverage on both Midlands 103 and KCLR FM.