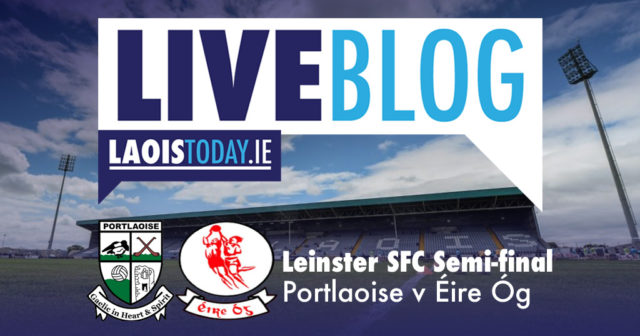 The big day for the Portlaoise footballers has arrived.

Portlaoise just came off the back of a dramatic win over Wicklow’s St Pat’s after a dramatic penalty shoot out in Aughrim.

And now, only Carlow’s Eire Óg stand in their way of a Leinster final.

Portlaoise have had a slightly different season to the last couple of years this year as they were pushed hard by multiple teams but they showed character every time to come out on top.

Given the obstacles they’ve overcome throughout the season, they always found a way to win and those tests should stand to them in the Leinster semi final, especially after the drama in Aughrim when they needed penalties after extra time to see off Wicklow champions St Pat’s.

Eire Og defeated Sarsfields of Kildare comfortably in their quarter final and will not fear Portlaoise one bit.

The action gets underway at 7pm and you can follow it all as it happens below: