The Portlaoise footballers take on Carlow champions Eire Og this evening in the Leinster Club SFC semi-final, their latest provincial championship action after almost a decade and a half of complete dominance in Laois.

This year marks the tenth anniversary of their last Leinster club title success – though they can point to a handful of near misses and final defeats since.

This weekend 10 years ago the weather got the better of them and their Offaly opponents Clara when monsoon-like rain forced their semi-final in O’Moore Park to be abandoned.

Portlaoise were trailing 1-5 to 0-7 early in the second half when Meath referee Joe Curley opted to call it off.

Few could argue that it wasn’t the correct decision as the conditions were unplayable with water lying in numerous areas of the pitch.

For Portlaoise it was a bit of a let off and they came back the following week – this time in thick fog with the teams switching to Laois and Offaly jerseys following a clash the previous Sunday – and Portlaoise did enough to get over the line.

Portlaoise would then go on to win the Leinster title a week later again, beating Westmeath champions Garrycastle in the final in Tullamore before losing the All Ireland semi-final to Kilmurry-Ibrickane from Clare in February.

These photos from Alf Harvey show the extent of the horrific conditions that day.

Let’s hope there won’t be anything similar this evening. 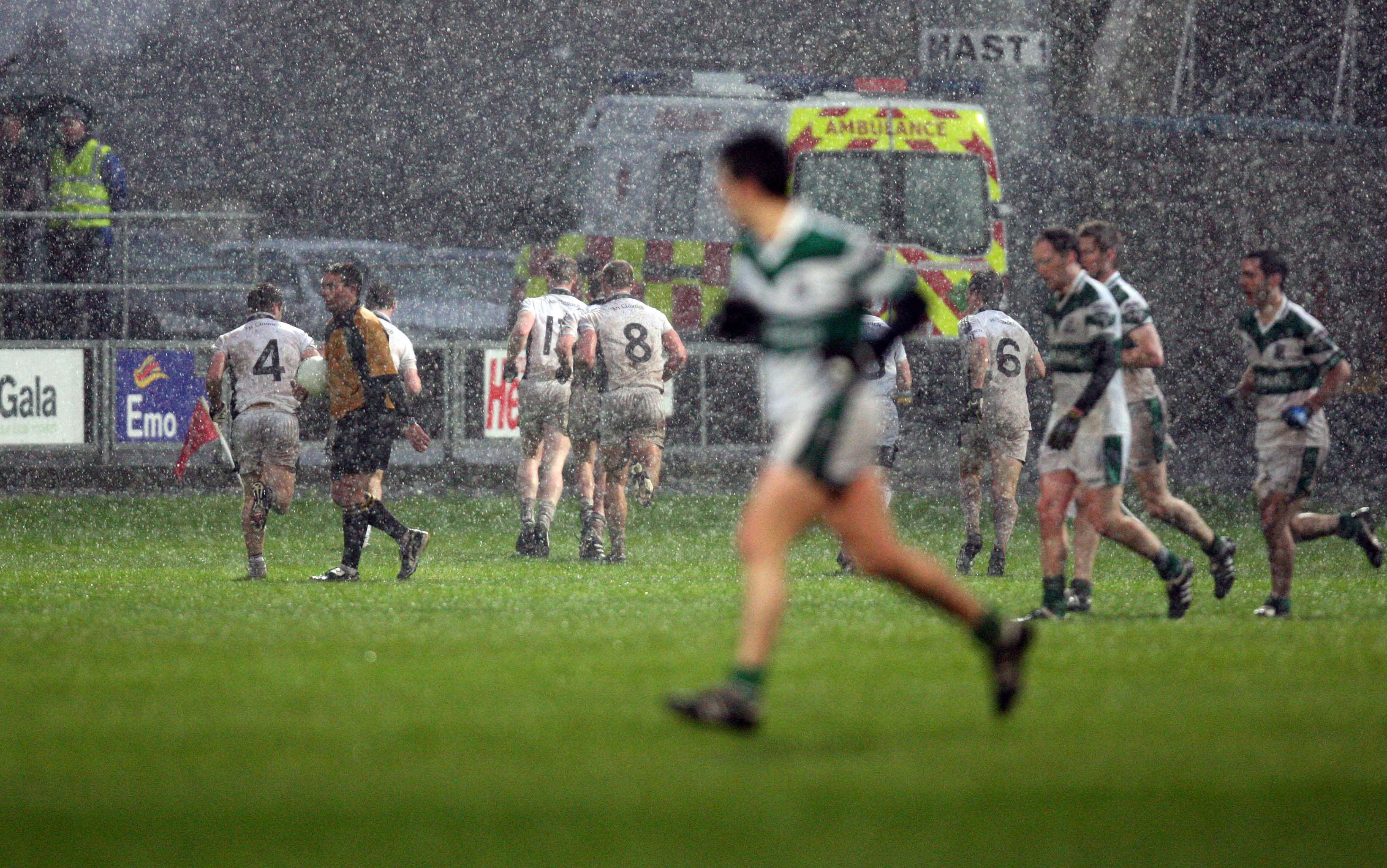 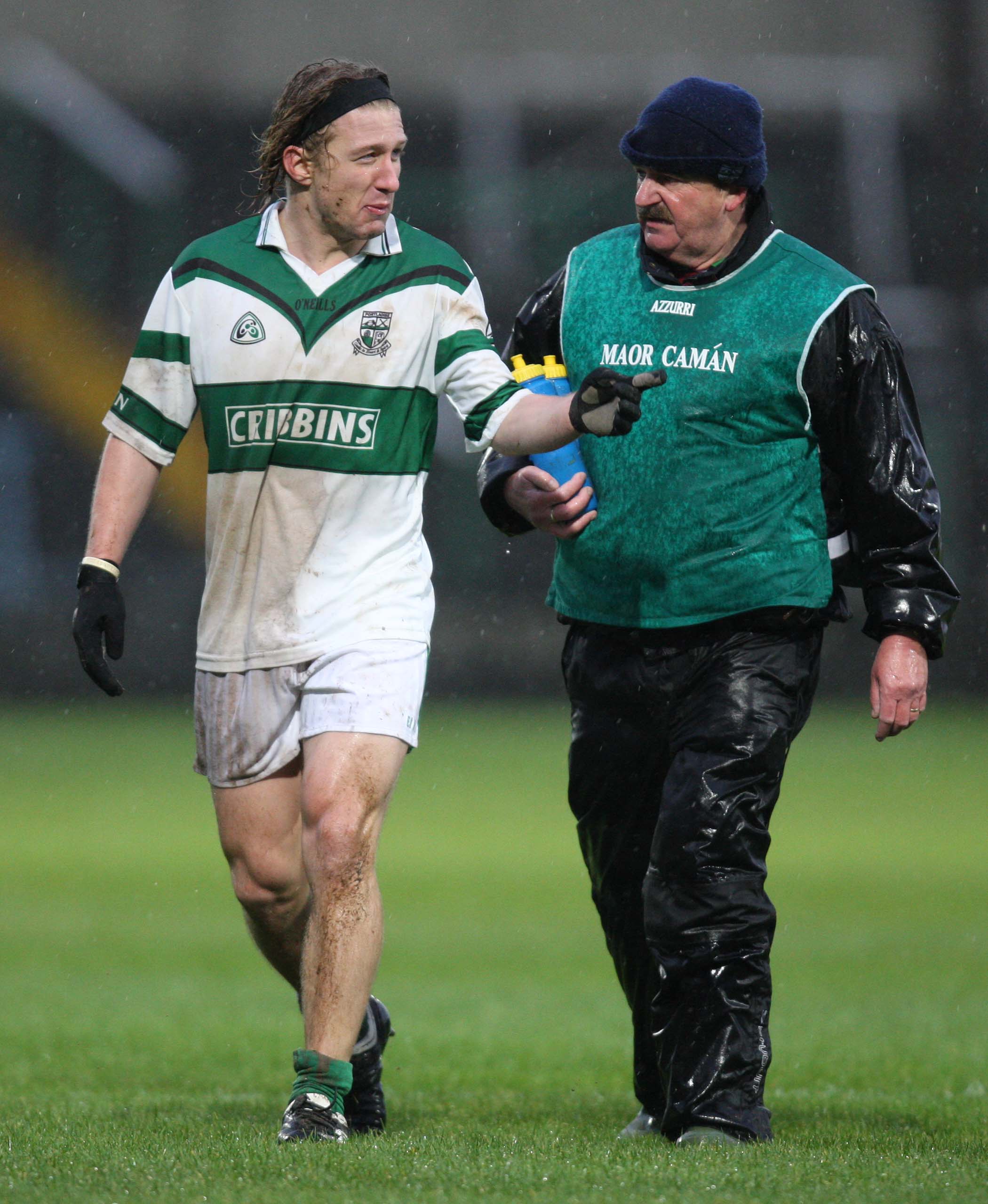