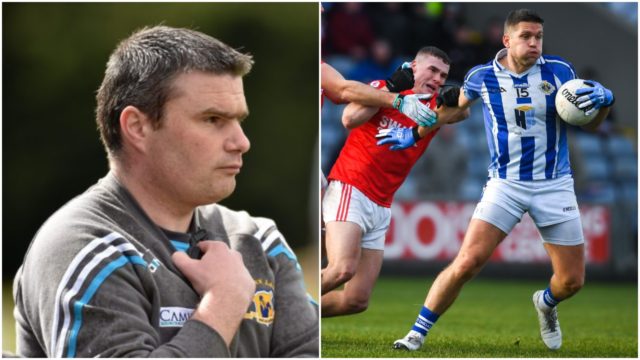 There was late heartbreak for Carlow champions Eire Og this afternoon as Dublin side Ballyboden St Enda’s struck very late to deny them a sixth Leinster football crown in MW Hire O’Moore Park.

Eire Og, who defeated Portlaoise in the semi final, had never lost a Leinster final in their history before today.

This was their sixth provincial appearance and their first in 21 years against a Ballyboden team who would go on to win just their second ever Leinster crown.

Eire Og played with a gale force wind in the first half but three late points from Ballyboden saw them go in level at 0-3 apiece at the break.

But Eire Og continued to battle and a Sean Gannon point gave them a 0-6 to 0-5 lead after 58 minutes.

However, 2016 All-Ireland winners Ballyboden dug deep with a late three-in-a-row of points from Warren Egan, Ryan Basquel and Michael Darragh Macauley to edge a gruelling contest.

And there was a Laois connection to this Eire Og team in the form of selector Gerry McGill.

In 2012, he was on the Emo team which claimed Laois intermediate championship glory against Ballyroan-Abbey.

He later transferred to Annanough where he helped them reach the 2015 Intermediate decider where they lost to Clonaslee.

McGill also spent time as a selector with the Laois senior footballers in 2014 and 2015 under Tomas Ó Flatharta.