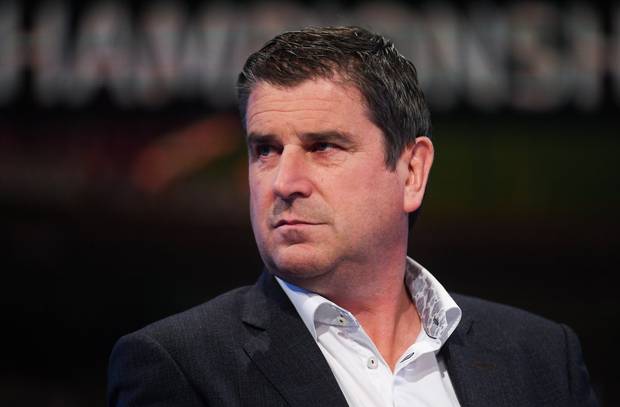 Two-time All Ireland hurling winner and RTE Sunday Game pundit Michael Duignan has been elected as chairman of Offaly GAA this evening after he ousted the sitting Tommy Byrne at the county’s annual convention.

Duignan has been an outspoken critic of the Offaly GAA executive in recent years and put his name forward for the top job.

Duignan, whose original club is St Rynagh’s from Banagher but is now with Durrow near Tullamore, beat the Gracefield club man by 76 votes to 62.

Byrne had been in his second term as the county’s chairman.

Duignan had recently headed up a group of candidates to challenge for some of the key roles on Offaly County Board – and met Byrne in recent weeks, asking him to step down.

Byrne opted to meet Duignan’s challenge for his position but in a close-fought affair he has lost out.

Clara duo Brian Gavin and Dervill Dolan as well as Edenderry’s Colm Cummins – who are all part of Duignan’s support team – are also challenging for a number of the other positions on the executive.

Offaly officials came in for criticism from many quarters as Offaly GAA’s fortunes, particulalry in hurling, slumped in recent years.

They were relegated to the Christy Ring Cup, the third tier hurling championship, for the 2020 season as well as to the third division in the league.

Hurling manager Kevin Martin was removed from his position midway through the 2019 season, following on from the decision to relieve football manager Stephen Wallace during the 2018 football championship.

Michael Duignan is the new chairman of Offaly GAA

Outgoing Offaly GAA chairman Tommy Byrne has called for unity and for people to get behind the new executive committee. He’s set to take a break from administration