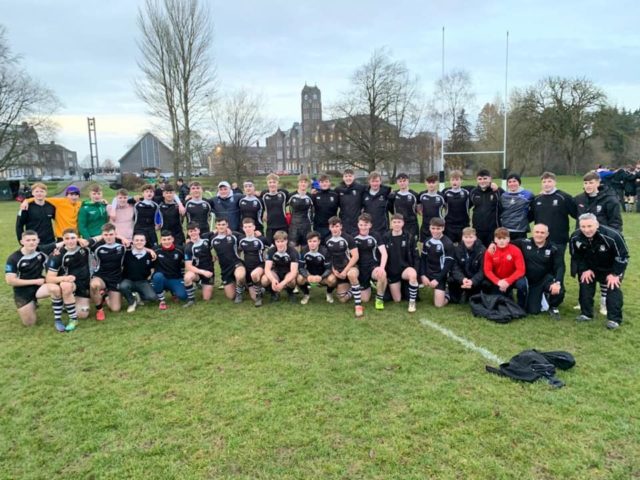 There’s strong Laois involvement on the Cistercian Roscrea senior rugby team who take on Gonzaga in the Leinster league final in Energia Park in Donnybrook on Wednesday.

It’s Roscrea’s first league final appearance since they lost the 2015 final to Newbridge before famously going on to win the cup final a couple of months later for the first time in the school’s history.

McWey, who has played underage hurling and football with Clonad and Ballyroan-Abbey and was on the Leinster U-18 clubs side this year, is Number 8 with Cullen, who plays football for The Rock, playing on the wing.

In schools rugby, the traditionally successful schools don’t feature in the league (like Blackrock, St Michael’s and Clongowes) with Roscrea coming through group games against Castleknock, CUS, Kilkenny, Wesley and Pres Bray before beating Newbridge in the quarter-final.

They had lost the group game to Castleknock but reversed that result in last week’s semi-final. Incidentally the two teams have also been drawn to play each other in the opening round of the Leinster schools cup in January.

Wednesday’s opponents are Gonzaga who have a handful of players involved who played in last year’s cup final loss to St Michael’s – the first time that Gonzaga had reached the final.

Roscrea are under the guidance of Alan Tynan, who is from Roscrea. Alan’s son, also Alan, was on the Roscrea team that won the Cup in 2015 and also played minor hurling and football for Tipperary. He is now part of the Munster setup and has made a number of appearances for the ‘A’ side as well as regularly lining out with Young Munster in the AIL.