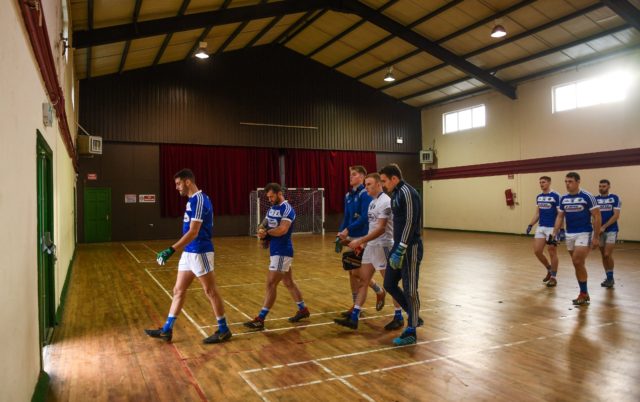 The Laois senior footballers continue their start to the 2020 season with their second O’Byrne Cup game away to Wexford this afternoon.

Mike Quirke’s men are in action against Paul Galvin’s charges where only a win will keep their chances of a semi final place alive after a Round 1 loss to Offaly.

Laois have made a host of changes from that game – as you would expect at this time of the year.

Mountmellick’s Eoghan Keogh starts in goals having not being involved with Laois last year while Brian Daly from St Joseph’s is named at centre-forward. He featured in 2017 under Peter Creedon but never played league under championship during John Sugrue’s reign.

But looking ahead to the game, Quirke says that the National League is where he insisted that is where his side’s priorities lie at the moment.

He said: “I think the league is a fantastic competition. For Laois it’s the primary competition. It’s the one that we’re going to be hell-bent trying to stay in Division 2 and that’s where the focus is really going to be.”

“Next January is our priority for now,” explained the Kerry man.

Heading into the league, Quirke knows there is work to be done but it’s early days yet.

“We’re only after having about nine session. We started on the 15th of November, when we were supposed to start.

“Maybe other teams started before that so we’re only really in the infancy of learning to play together and kick outs are a big part of that obviously and that’s going to be a big emphasis for us moving forward,” he explained.

Laois’ opening game against Offaly saw the new rules implemented and while marks were not overly influential for the blue and white side, Evan O’Carroll’s black card was.

Noting the last few minutes of the game, the 39-year-old said: “Obviously, last year that would have been a case of bringing somebody else in but its different this year, down to 14 men with 10 minutes to go in the game hurts you a small bit.

“I think it will be a more effective deterrent to the cynical stuff that plagues the game late on.

“If you’re down a man, it definitely hurts you a little bit more than just replacing him,” he added.

Laois take on Wexford in Enniscorthy this afternoon at 2pm.

No takers for St Patrick’s Day trip to New York

No takers for St Patrick’s Day trip to New York