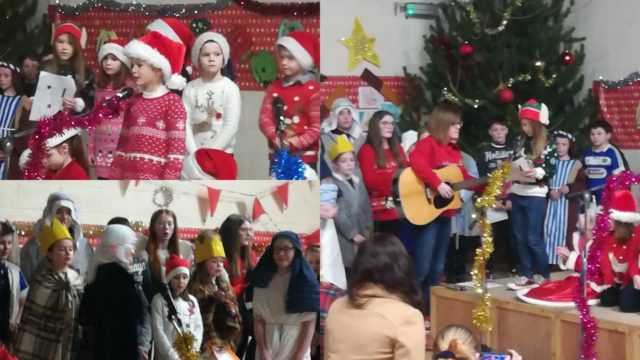 There was plenty of Christmas spirit in the Gaelscoil Thromaire, Mountrath as they held their Christmas Concert in Trumera GAA Hall recently.
The children and teachers held the Christmas Concert for the school community where parents, families and grandparents were greatly entertained.
The children, helped by Múinteoir Aisling and Príomhoide Áine, presented an evening of Drama, Music and Carol singing as Gaeilge.
The Audience were very taken with the standard of Instrumental and Choral music as children gave recitals on violin, flute and tin whistle as well as a unique rendition of ‘Fairytale of New York’ in the Irish Language.
Gaelscoil Thromaire is unique as it’s location in a largely non-Irish speaking region has established a thriving, vibrant community in which Irish is the mainstream spoken language.
This gives children a great opportunity to learn bilingually in the early years of school, which has long been accepted as very advantageous to students in later years.
Bhí oíche den scoth ag comhluadar na scoile ar fad agus bhí deis ag na tuistí aithne a chur ar na múinteoirí ar fad.
Rinne Múinteoir Colm cur i láthair mar Fear an Tí do na tuismitheoirí agus táimid buíoch do Mhíúinteoir Fiona agus Ríona, a thug an-thacaíocht do gach duine chun ceolchoirm an thaitneamhach a chur ar an stáitse do chomhphobail an cheantair. 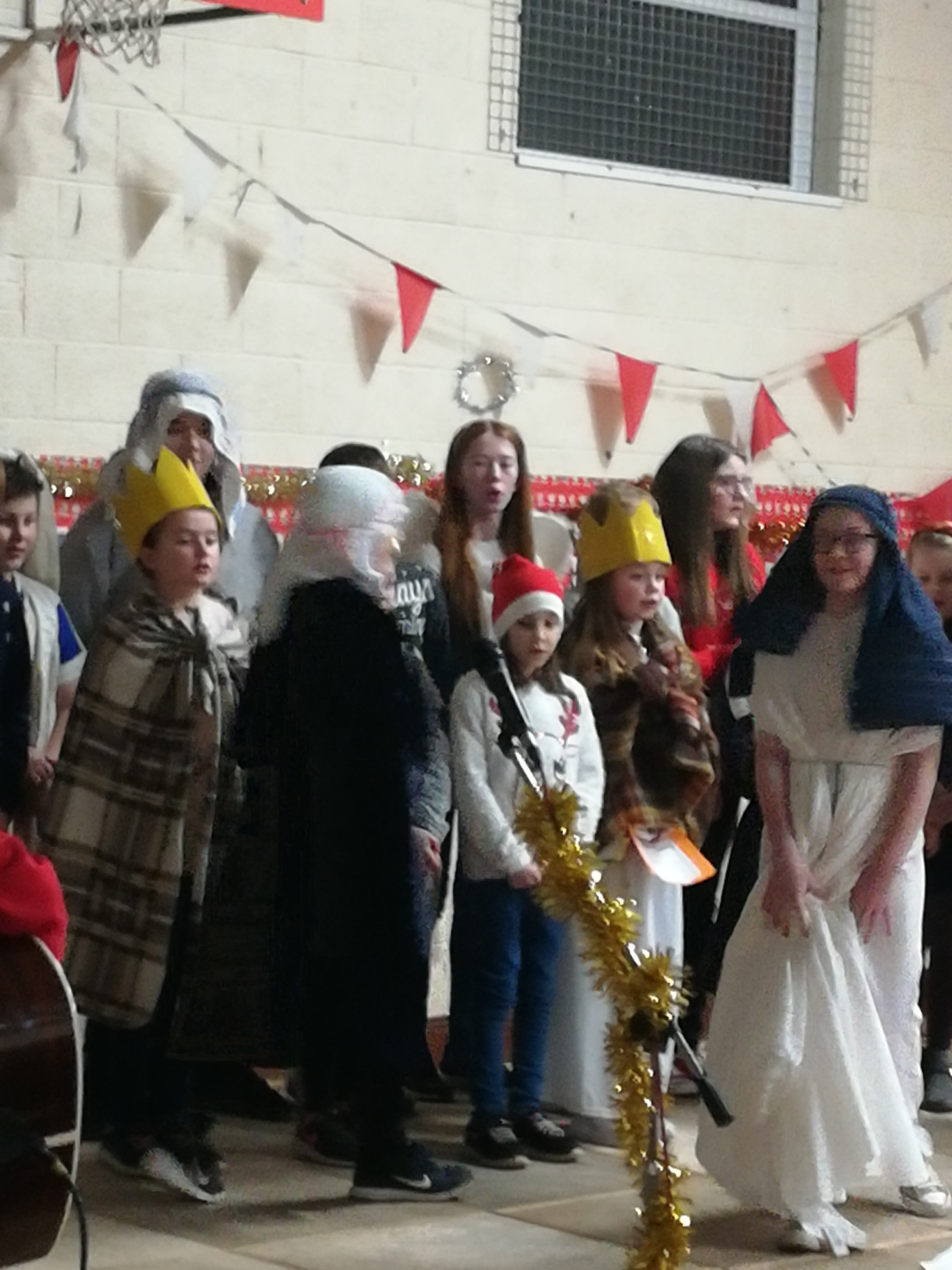