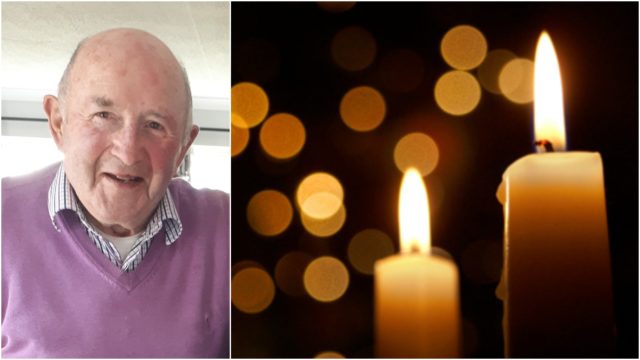 John Fitzpatrick from Meelick who has died in his 86th year was renowned and highly regarded in sporting circles.

John joined the ESB as a young man and was among the early crews that worked nationwide on the rural electrification schemes.

John had a powerful presence on and off the sports field and apart from GAA he was also actively involved in golf and greyhound racing pursuits.

He was a member of the hugely successful Clonad hurling team of the 50s and 60s with which he won numerous senior titles and earned him a call up to line-out for the county.

This tradition and his family’s strong association with the GAA was continued on by a number of his sons who also won titles with Portlaoise. His son Brian was midfield on the Laois minor football team that won All Ireland honours in 1997 and was captain when they won Leinster and got to the All Ireland final again in 1998.

John was renowned throughout the country in greyhound racing circles and was regarded one of the top breeders in the country, thanks largely to his famous stud dog, Sandman.

John’s Meelick kennels were ranked the most successful in Ireland and Britain throughout the 80s and Sandman the most sought after and successful stud dog of its day. His dogs enjoyed considerable success on the track also, with Cheery Express famously winning the Irish Oaks.

He was an avid golfer and was known for his good company and charming and generous disposition after a round of golf. He was one of the founding members of the Welcome Inn Golfing Society, which he captained in 1999.

Reposing at Keegan’s Funeral Home from 2.30pm on Sunday with rosary at 5 pm.

Requiem Mass will take place at 12 noon in SS Peter and Paul’s Church, Portlaoise on Monday.

Interment will follow in SS Peter and Paul’s Cemetery. Family flowers only.

Donations, if desired, to Dogs for the Disabled.