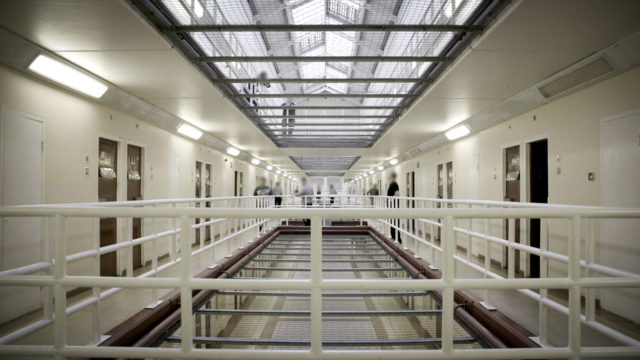 We got an insight into the everyday lives in the Midlands Prison, Portlaoise.

On Wednesday evening at 9pm on Virgin Media One, a documentary called Inside Ireland’s Biggest Prison: True Lives will be shown on your TV screens.

For just over a year, film-makers were allowed behind the walls of the Midlands Prison Portlaoise to show just what it is like to live and work in Ireland’s largest jail.

And ahead of that, LaoisToday was given exclusive no-holds-bared access to the prison itself.

Under the guidance of Assistant Chief Officer Jack Fahey, we were gathered up at reception and brought through every single part of the 40-acre site.

Before you go anywhere though, you have to go through what is extremely like a version of airport security. No mobile phones or recording devices are allowed into the prison by visitors or staff so we were separated from our phones as we entered and they were placed in a locker.

We then had to remove our jackets, wallets and belts and place them in a tray which was then put through a scanner before we were then asked to walk through a metal detector to make sure we weren’t carrying any weapons.

After all of that had been sorted, we were granted entry.

The first thing that strikes you when you enter the jail itself is the cleanliness. The floors are spotless and you can smell the disinfectants and cleaning agents.

Officer Fahey informed us that the prison is split into various wings that are home to 800 prisoners at any one time.

The split between sex offenders and regular prisoners is almost 50/50 and these are kept apart at all times.

The centre of the jail is in a circle and when you stand in the middle of it, you can see all four parts. And a bit like the new person in a classroom, we immediately attracted attention. 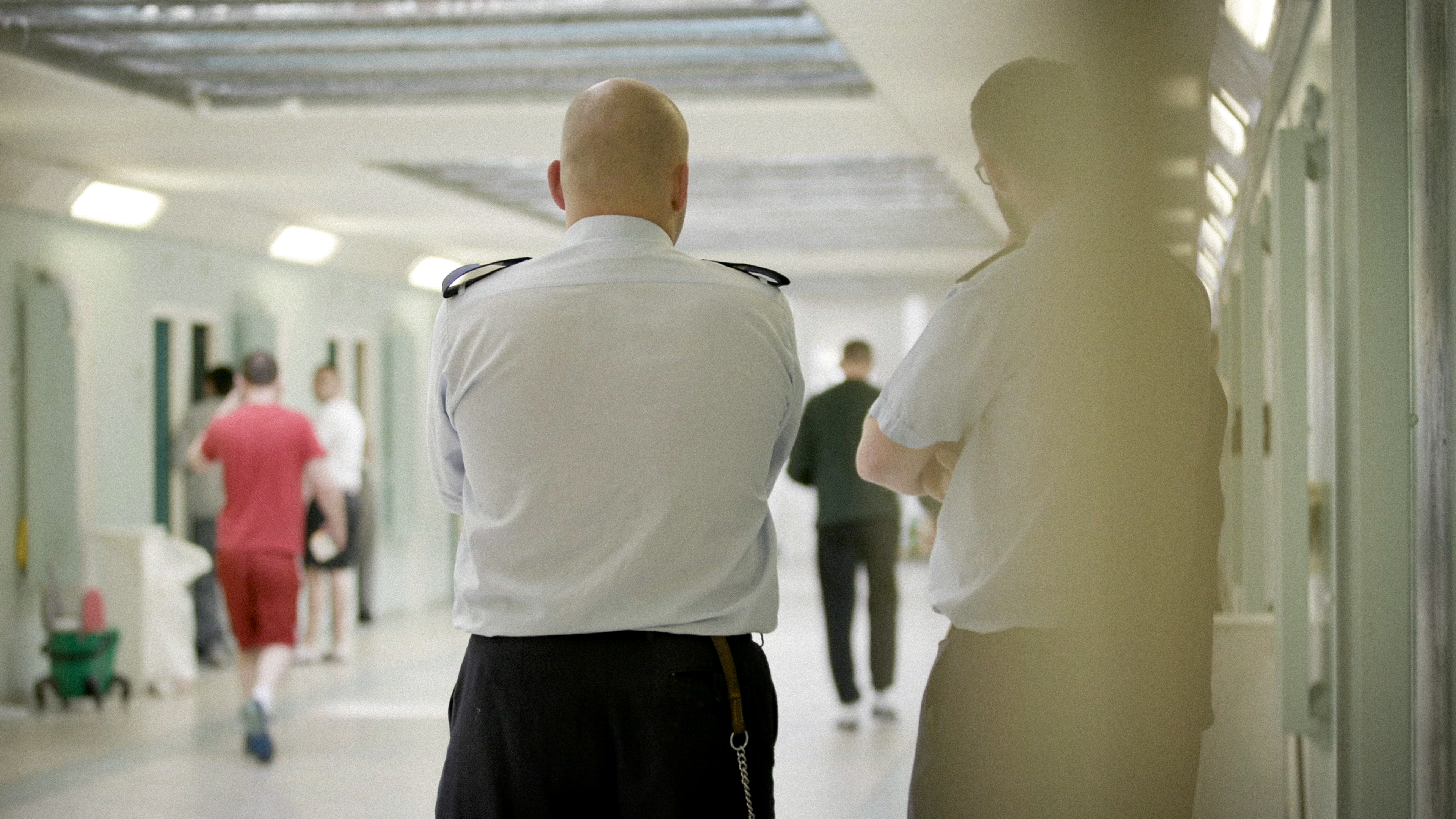 The prisoners, who were lining up to receive their dinner at this point, a process which takes no longer than 20 minutes to complete, were clearly fascinated by something new entering their space.

Officer Fahey then informed us that he would take us through two of the floors on Wing B where we would walk side by side with the prisoners who inhabited them.

There is a grading system in the prison. There are three floors on each wing and the top floor is reserved for the best behaved prisoners, called enhanced, who require the least supervision.

They are placed there because if trouble should break out, prison officers would have to run up flights of stairs to assist their colleagues and trouble is most unlikely to break out among behaved inmates.

Some of the media pack were a little uneasy walking along B3 receiving stares from the prisoners but the jovial nature between them and the officers put us slightly at ease.

We were also given a glimpse of their cells, with one prisoner, ‘Anto’, allowing us all to look inside of his which had his bed, TV and other belongings where he was about to sit down to eat his dinner – mashed potatoes, carrots and roast beef with gravy. 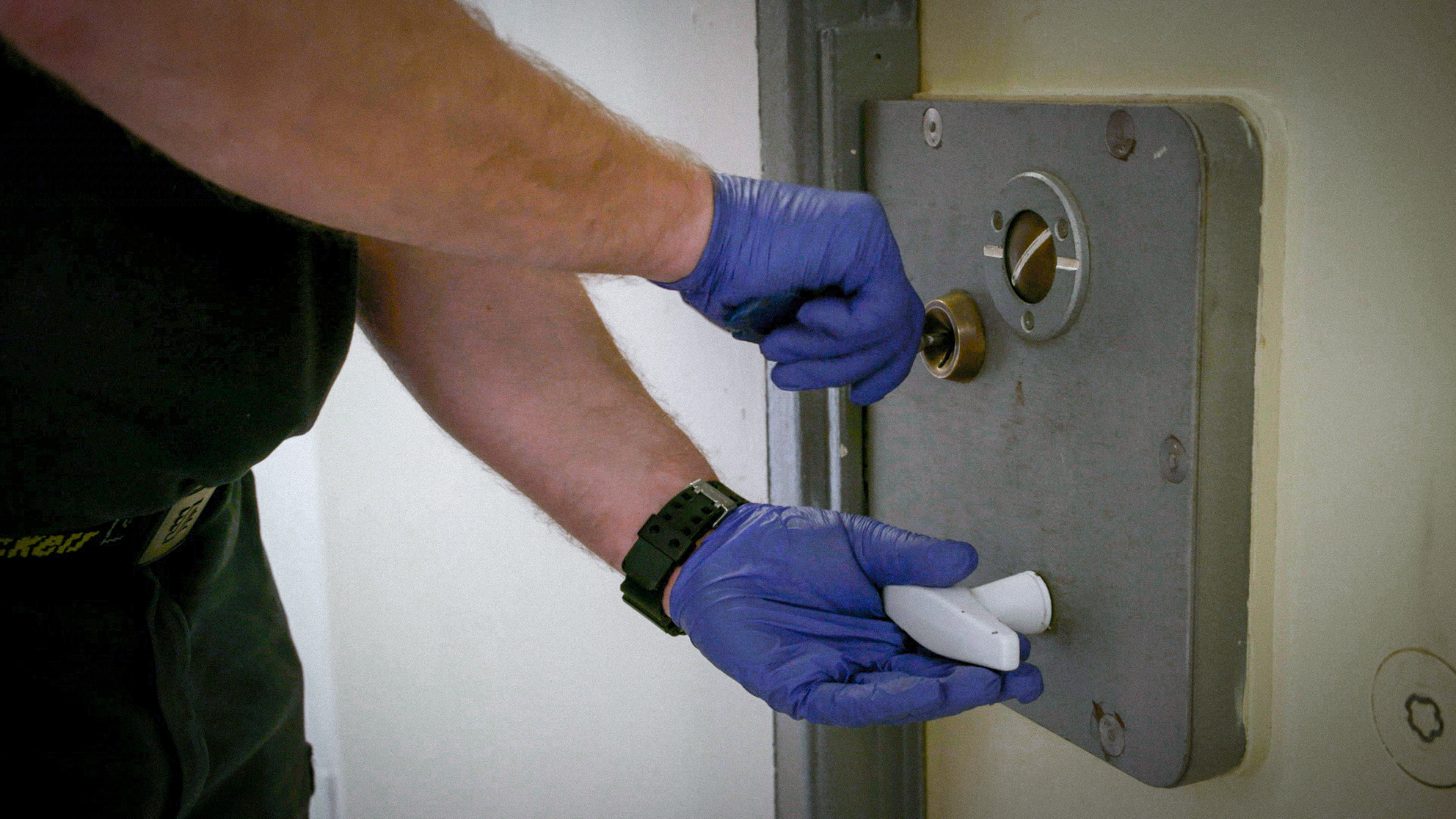 The atmosphere was markedly different down on B1. Officer Fahey warned us that the female members of our group would attract some attention down here and sure enough there was the odd wolf-whistle and comment floating around.

No harm or anything – but not the type of environment you’d voluntarily spend time in either. While gazing around the wing as I walked out, I inadvertently collided with a prisoner who was walking out from his cell. It was my fault but he apologised and we continued. I won’t lie, I was terrified for a moment.

The whole experience of walking through the cells and coming into contact with the prisoners had the effect of humanising them in a way.

To see how they interact with the prison officers and the banter over and back was interesting too – far different from what you may see in movies.

These people have to live and work together so it makes sense that prison officers and prisoners have some sort of relationship in order for the system to work for all.

After a quick tour of the three visiting rooms, Officer Fahey announced that he would take us to the newly built National Violence Reduction Unit.

The new high security unit cost €2.7 million to build and has ten cells which will be used for crisis situations.

We were only the second ever group since it was officially opened to visit the area which is now home to four of Ireland’s most dangerous prisoners. 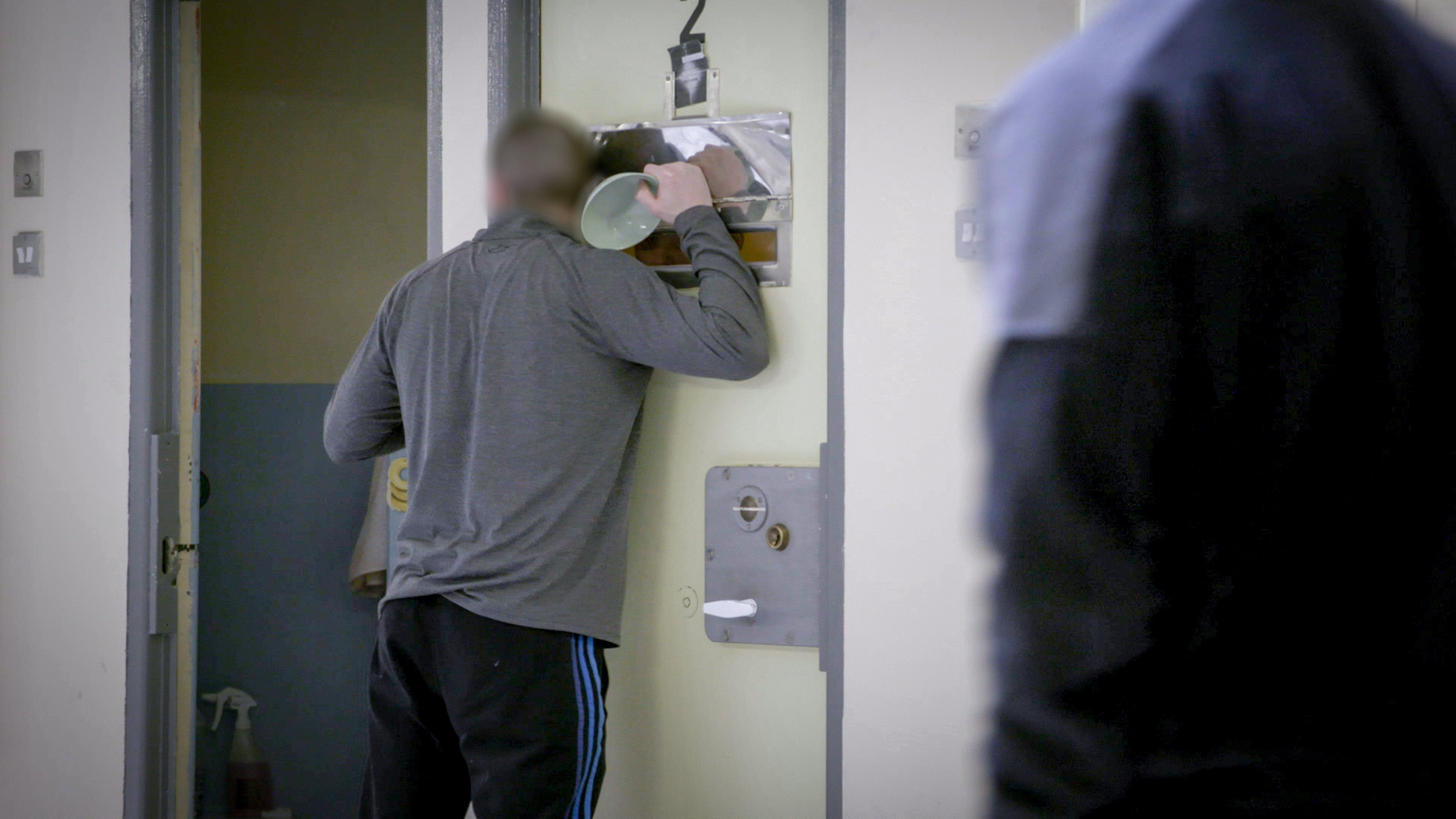 Ceylon Eaden, Alan Ellis, Leon Wright and Brendan Cummins currently live down here where they are monitored by staff who have been specially trained and wear body cameras at all times.

The plan is to expose the prisoners to some sort of normality from interacting with prison officers. Inmates who show improved behaviour after being assessed for four months will eventually be allowed access to a recreation room.

We also visited this room which has a table and chairs, bolted to the floor, as well as a beanbag and an Xbox. The kitchen has yet to be opened and the officers, who work on this floor alongside a team of psychologists, informed us that the prisoners housed here have shown a remarkable improvement in their behaviour since moving here.

Indeed, one of the prisoners there was blaring the classic ‘Time To Say Goodbye’ in his room and singing along too – he wasn’t a bad singer either to be fair.

And with that it was time for us to say goodbye as our tour was almost at an end.

There was still time to visit the classrooms where teachers come to teach the prisoners home economics, woodwork and business studies among a range of other subjects.

And of course, no press trip would be complete without the obligatory dinner and after being denied it in Croke Park at the weekend, the prison came up trumps as we were all fed in the canteen before sent on our merry way.

It was a whirlwind visit and it has certainly whet my appetite for the four-part documentary which begins tomorrow night.

Inside Ireland’s Biggest Prison: True Lives is a brand new four part documentary series kicking off on Wednesday February 6 on Virgin Media One at 9pm.