We love a list – and this one is certainly set to make you remember some brilliant establishments.

Valentine’s Day. No matter if you love it or hate it, you just can’t avoid it.

And with love well and truly in the air today – it got us thinking about some of the iconic Laois locations where love blossomed over the years.

So we’ve put together another great list of places that Laois people went looking for love, romance, a dance, the shift or whatever else might have been going back in the day.

Sadly, none of these places exist in the guise they once did.

Some of the buildings that housed these great establishments are now merely pubs, hotels, restaurants or even leisure centres.

More have changed names, owners or style. Some have fallen into disrepair. 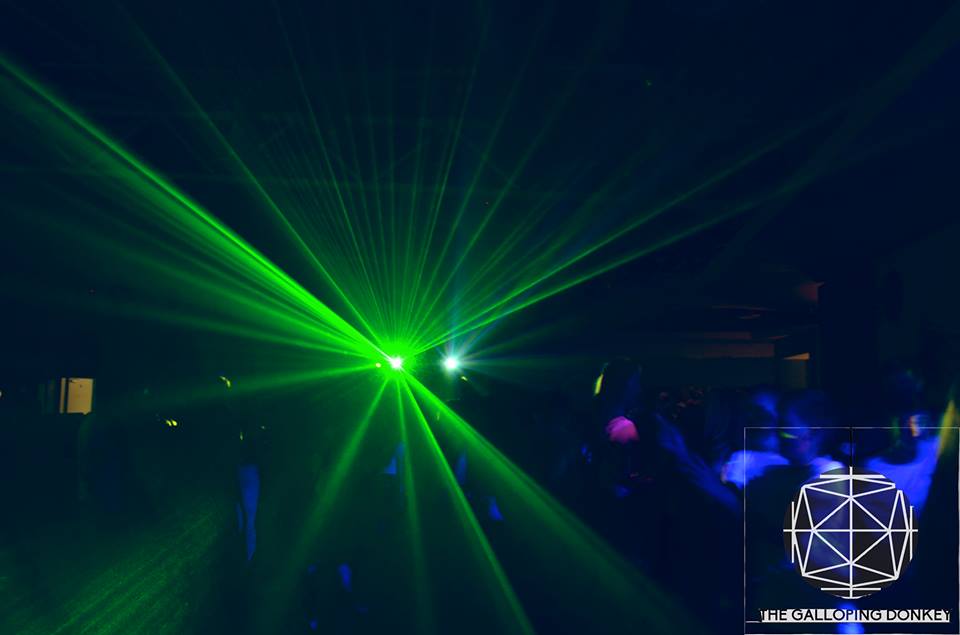 Without a doubt this disco would be up there for the best named one in the country. Not on the go anymore, but it definitely sparked many a romance.

Plenty of ‘galloping donkeys’ on the dancefloor when the bopping tunes came on, while those who were lucky to find romance hogged the chairs and all the wall space. Originated in Abbeyleix but was last held in Rathdowney a couple of years ago.

The designated shifting event of south east Laois. If you attended Knockbeg, St Leo’s, Carlow CBS or any secondary school in the surrounding area, then you most likely attended the discos here in first, second and third year.

The jungle gym provided the perfect dancefloor with the Ibiza like DJ booth placed on the roof. The vast area of the ball pits and climbing frames were a strict no-go-zone patrolled by beefy security guards, but if you managed to elude them you were sorted. Plenty of lounging areas were available for those who found a ‘dance partner’.

Long before we had TeenKix, Sky Venue (and it was called Danang at one point too) was one reliable place to go in Portlaoise to get the shift from about 2000 to 2006.

Located where Kelly’s Steakhouse is now, its famous strobe lighting made everyone look that little bit better!

Buses travelled from far and wide for youngsters to attend Spice. It was located where the Leisure Centre is now in the Killeshin Hotel and was unusual for its out of town location.

Big in the late 90s and early 00s, it was a victim of the Killeshin’s revamp and is now just a memory for the thousands of club goers.

This was one of the few clubs in the country that used to open on Christmas Night at midnight! And at one time, in the 1990s, it seemed everyone in Laois wanted to go to Borris-In-Ossory to get the shift! We defer to Mark Doheny here for a better synopsis of this one. 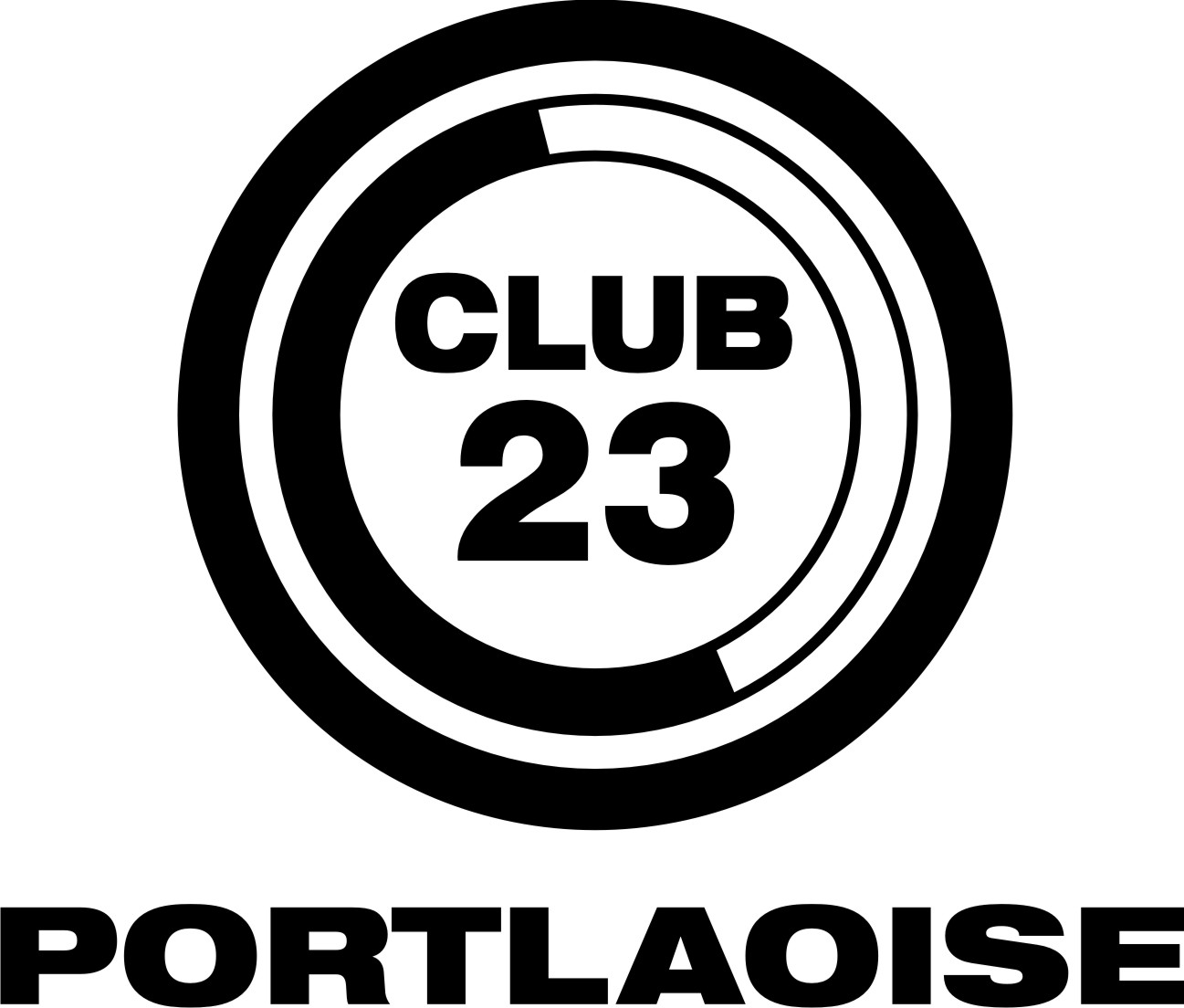 The golden era for this great establishment co-incided with the Celtic Tiger and the great years for the Laois footballers.

At one stage it had a strict 23-age rule but for most people it was simply referred to as ‘Club’. It was the Copper Face Jacks of Portlaoise at the time – nothing fancy but a great atmosphere.

Cheddar on the gate, Ollie doing DJ, a front bar inside the door, a bottle bar up the back, an ingenuis smoking shed and a dancefloor that you had to go down a few steps to.

So popular at one stage that people used to queue days in advance to buy a ticket for the big nights. 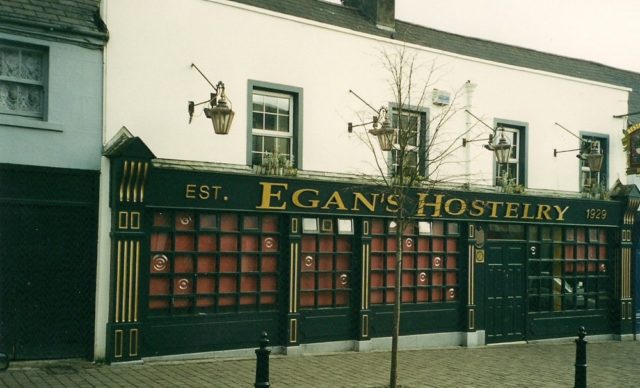 It was known as Top Deck at one stage and could well have other names at other times too. But the simple reality is that nobody that went clubbing in Egan’s will ever forget it.

And once again our funnyman Mark Doheny recalls exactly what it was like better than anyone could.

Not the biggest disco on the go at the time, but it was one that you were always guaranteed the shift. Chairs lined circled the dancefloor and at times it was like the olden days, with all the girls on one side, while the all the lads lined up their targets from the other side.

Many found pulling awkward, especially if you were from Ballylinan, as it was likely that their parents were chaperoning the night. 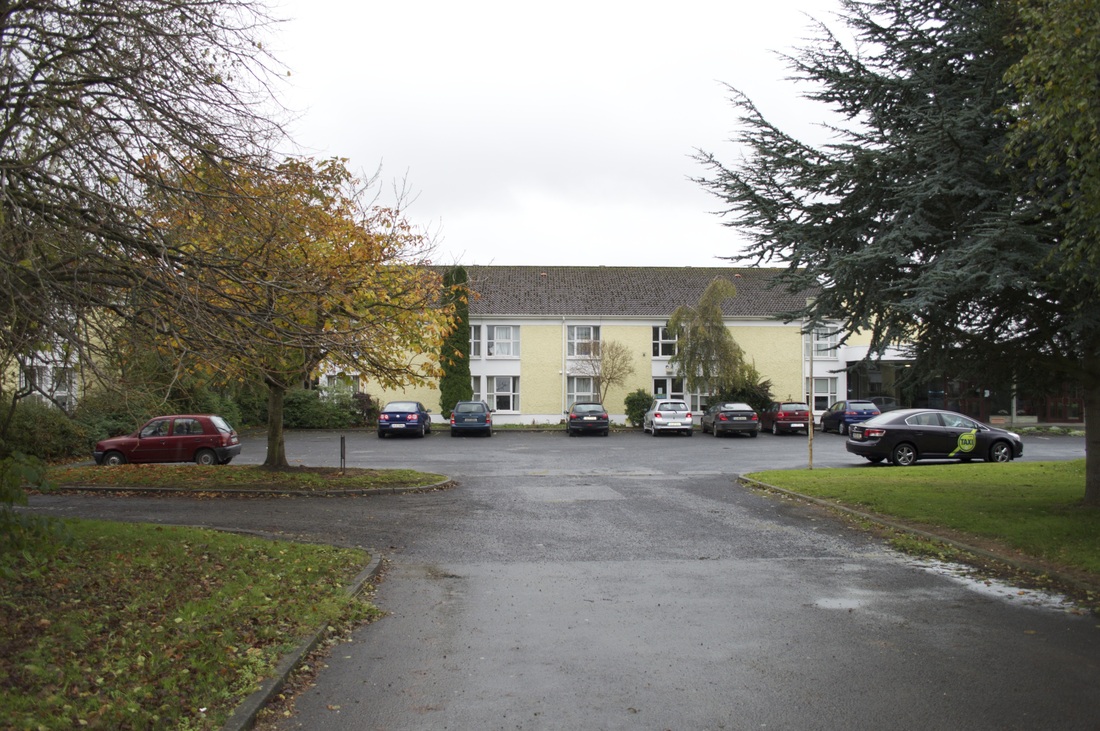 Some people would only know the Montague as being a centre to house asylum seekers in Laois.

However, long before it became this, the Emo venue was one of the best places in the county for the dances. And such was the way of the time, the dinner was included with the admission charge. 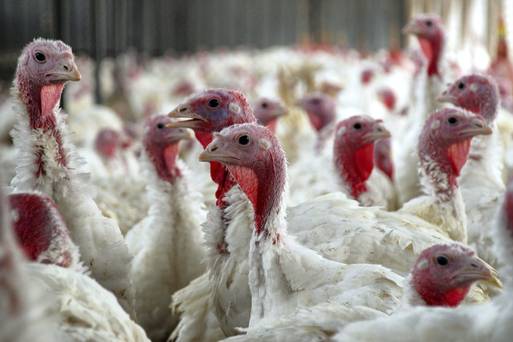 A pre-cursor to Spice in the Killeshin Hotel, information on this venue of the 1980s is scant enough. We don’t know what that tells us. 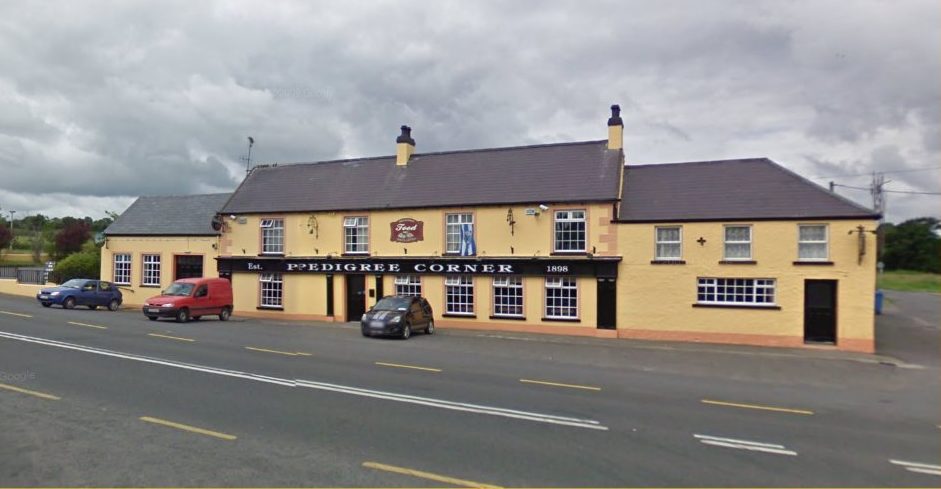 Ah yea, good old Pedigree Corner! The pub itself still exists but the nightclub, aptly named ‘Turning Point’, is no longer around. It the 1990s it really was THE main venue in Laois.

On the side of a busy-ish road and in the middle of nowhere, the crowds flocked to it from all around the county and beyond – from Kildare, Carlow and Kilkenny.

And for those who went there, they’ll never forget it. Our man Donal Miller’s extremely popular piece sums it up brilliantly. 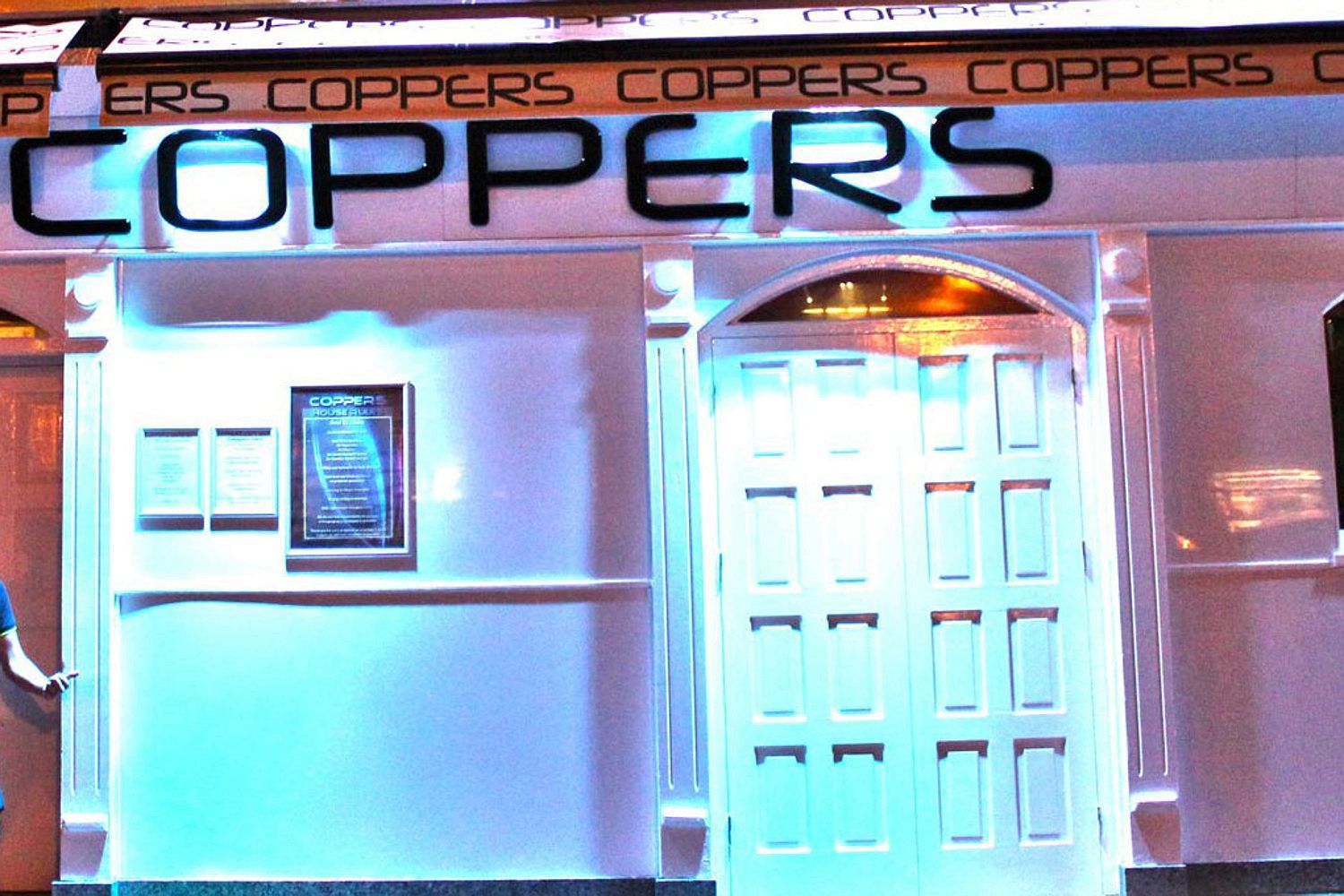 One of the more modern names on our list. Not to be confused with Copper Face Jacks in Dublin, up until last year, Coppers was the main place in Portlaoise for punters to get the shift. It has since been rebranded as the Manhattan Mixer! 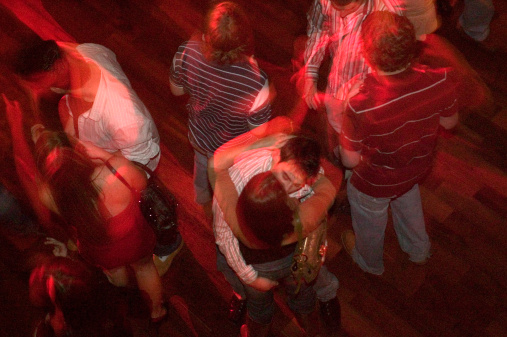 Who remembers loading up into a bus in Stradbally, Portlaoise or Abbeyleix and heading off to Tullamore in a bid to find love?

The Harriers was a place where romance was as easy to get as a punch in the jaw – should you look at someone the wrong way!

The other thing about it was that it was only cool to go until you were 16 – after that it was time to get a fake ID and try somewhere else!

That building you see above used to be called the Dreamland Ballroom in Athy – which was at its peak during the 1960s.

In otherwords, it was the place where your parents, or even your grandparents, went to get the shift!

Lots of the top Irish Showbands used to play here every Saturday night and it was open until 2 in the morning – very late for the time!

People travelled from all over the surrounding counties by car, bus and even on bicycles. It is said that Thin Lizzy once played there in the early 70s. 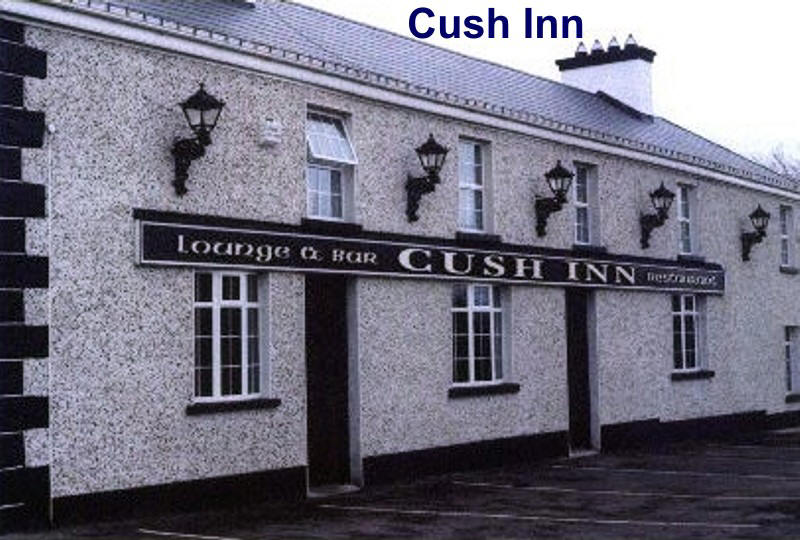 A huge spot back in the day, with people travelling from all over to attend dances there. Big in the 70s, 80s and 90s, it was the start of many of marriages not just relationships.

For some people it came full circle, meeting at a disco before celebrating their wedding there. Situated between Athy and Monasterevin it was surrounded by bogland.

If you haven’t seen it a while, well let’s just say it’s not what it used to be.

Snaffles in Kildare Town was another good spot if you were heading out of the county in the days prior to Time in Naas.

Obviously favoured with the Portarlington, Killenard, Ballybrittas side of the county.

The Bridge House in Tullamore was another favoured location – and it was the next step up for the crowd that had conquered The Harriers.