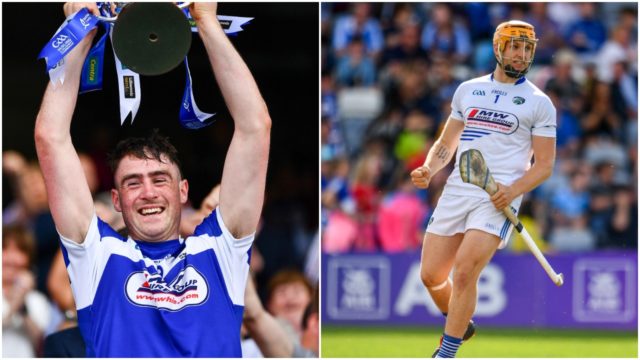 After their exploits for the Laois senior hurlers, captain, Paddy Purcell and goalkeeper, Enda Rowland got to enjoy a trip to the Middle East for the All-Star trip exhibition game.

Two Laois players will jet off to the Middle East this week to take part in this year’s All-Star hurling game.

The 2019 team will take on the 2018 selection in an exhibition game in Abu Dhabi this weekend.

As Joe McDonagh Cup Player of the Year, Paddy Purcell gets a place on the trip and he gets to go now following Rathdowney-Errill’s loss to St Mullin’s yesterday.

While Abbeyleix’s Enda Rowland has also been called in. He received an All-Star nomination this year but lost out to Brian Hogan in the final selection.

He said: “I got asked to go because one of the goalkeepers selected can’t go for whatever reason.

“It is a nice touch to get at the end of the year and it is a nice holiday to get too.

“It is a pity that the whole Laois team couldn’t get something but that is something for the GAA to sort out.

“But that is life and you don’t always get what you want. But I’m sure the GAA will sort it out next year and they’ll credit the Joe McDonagh champions properly.”