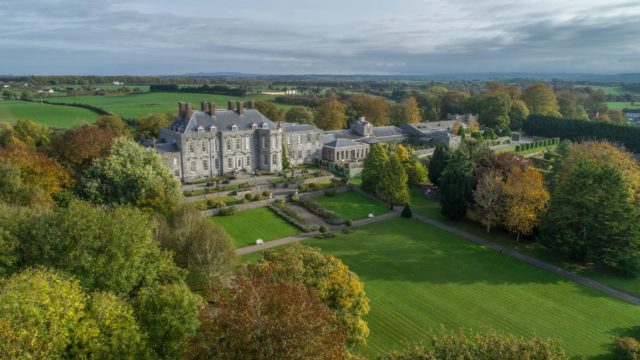 Back in April, this Laois hotel got a prestigious honour.

A Laois hotel has been named as one of the best castle hotels in Europe.

Historic Hotels Europe has named Castle Durrow as one of the 20 best castle hotels in the whole of Europe.

The Laois hotel placed 14th on the list, which includes hotel castles from Tuscany, Czech Republic, Switzerland and Germany.

The umbrella organisation for hotels in castles, villas, palaces and monasteries gave high praise to the Durrow hotel, calling it ‘the kind of place you’d expect to bump into a movie star’.

The site said: “Castle Durrow is the kind of place you’d expect to bump into a movie star who has ran off to the rugged Irish countryside for peace and quiet.

“It’s the ultimate rural retreat, mixing 18th-century grandeur with modern luxury. The main dining room is extraordinarily elegant – all chandeliers, frescoes and florals, it’s considered one of the finest in the country.”

Two other Irish castle hotels appeared on the list – Castle Leslie Estate in Glaslough, Monaghan and Barberstown Castle in Kildare.