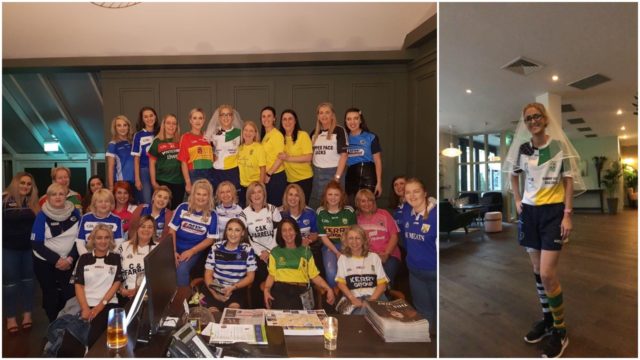 This story, from back in April, is absolutely gas!

Well this is some get-up!

A Laois bride-to-be was pictured wearing a very interesting outfit at her hen party.

Roisin Behan and her army of merry women descended on Galway for a weekend of madness as she celebrates her final few weeks as an available woman.

In July, she will marry Arles-Killeen footballer Sean ‘Spud’ O’Shea.

Roisin hails from Crettyard and her hen outfit was a homage to her love for the two football clubs.

She couldn’t choose between the two so she managed to get a half Crettyard and half Arles-Killeen jersey custom made for the weekend.

As Roisin is a massive GAA fan in general, she even managed to get in a pair of Laois shorts too!

And her hen party didn’t let her down either as over 30 of them turned out wearing various GAA gear also.

We say it is over to Spud now to see if the lads can top this performance on the Stag weekend! 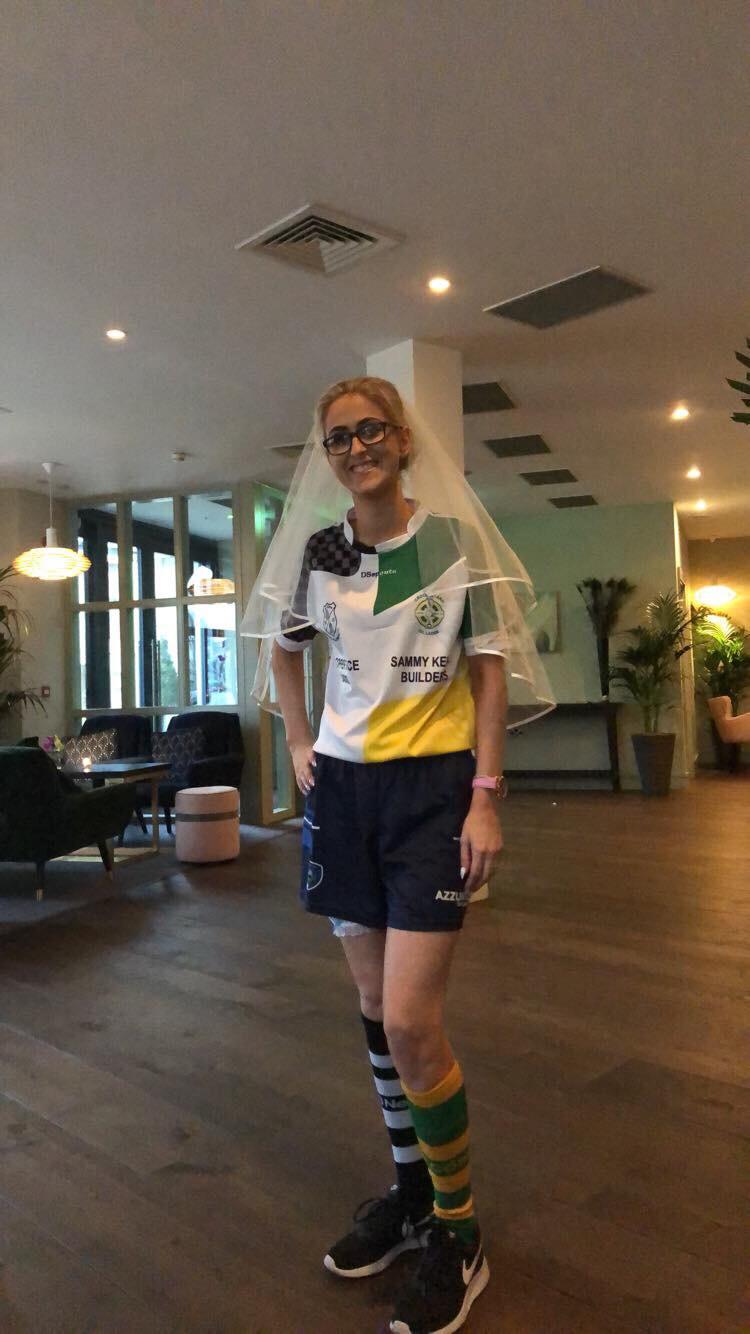 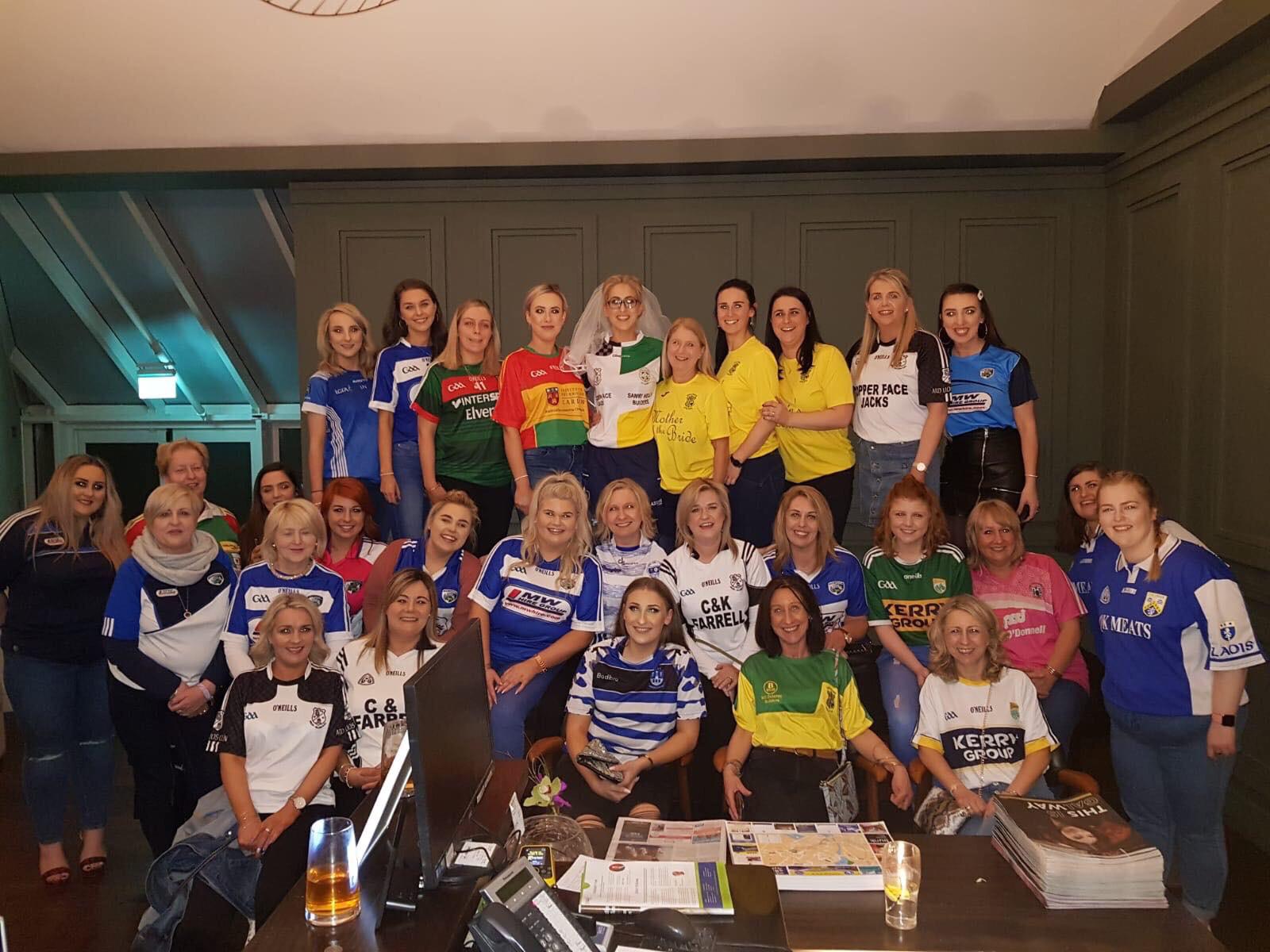