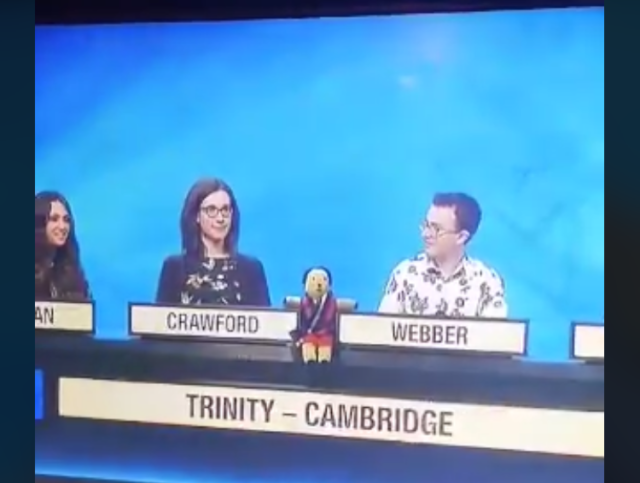 The county has made an appearance on the popular longstanding British quiz show ‘University Challenge‘.

The question looking for a place, stated “A Dublin landlocked county, with neighbours including Kilkenny, Kildare and Tipperary, among its towns are Mountmellick and Portarlington.”

They did get the question right but somebody tell the show that Laois is not in Dublin!

A hilarious video was posted to Twitter last night by Portarlington teacher Christopher Booth (ChristyB306) where he added his own commentary.

Along with the video he wrote: “Portarlington, Mountmellick and Laois getting the mention on #UniversityChallenge tonight!”

Finally a question we can answer!

Portarlington, Mountmellick and Laois getting the mention on #UniversityChallenge tonight! pic.twitter.com/o6EWPEAphG