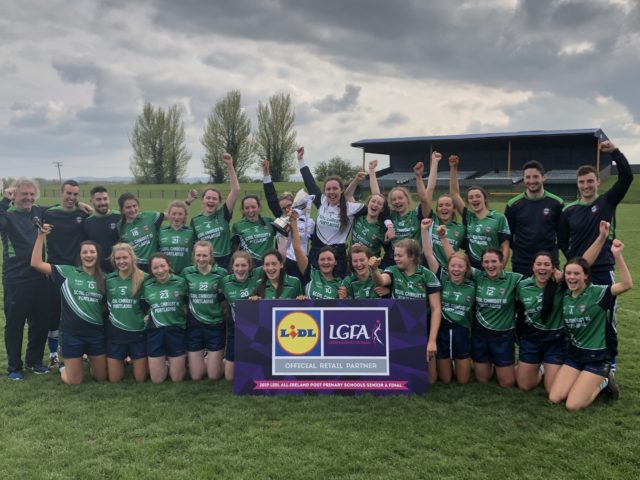 It’s not too often you get a Civic Reception but Scoil Chríost Rí footballers are more than worthy.

It will take place next Thursday, January 16 and will honour the incredible achievements on the team and management in the last year.

Back in March, Scoil Chríost Rí were crowned post-primary senior A champions for the first time in the history after a nail-biting thriller against Loreto Clonmel.

Victories like that do not come easy and it comes down to not just the talent of the team but also the hard work and dedication put in from both players and management, as Laois County Council have recognized.

The school are well known for their contribution to sports from ladies football to basketball, soccer, athletics and more.

Over the last few years they have done tremendous work on the football field.

Since 2013, years they have come from Senior ‘C’ to Senior ‘A’ picking up Leinster and All Ireland titles along the way and holding their ‘A’ status to go on and make history.

We look forward to seeing what’s next for these players because there’s no doubt this is only the beginning for them.