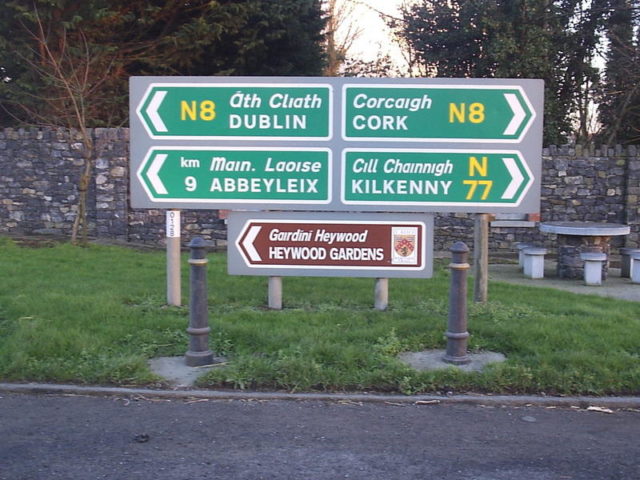 A whole litany of issues which need to be tackled in a Laois village have been well ventilated this week.

The matters concerning Ballaghmore were first thrashed out at an Area Municipal meeting of the Council and later last night got further attention at a meeting called by the local Muintir na Tíre.

Cllr Bergin even maintained that the lack of adequate public lighting on one side of the village was facilitating drug dealers to do their business on the side of the road.

Cllr Kelly called for traffic calming measures in the village.

He was told that the local authority have yet to be notified in respect of the funding allocations for 2020 Safety Improvement Works on Regional and Local Roads from the Department of Transport. The councillors will be advised of the schedule of works once the amount of funding is confirmed.

Cllr Kelly outlined that this was an ongoing issue as the R445 in Ballaghmore was the gateway to the Slieve Blooms and served traffic between the village of Camross and Roscrea.

A recent survey had indicated that 460 vehicles used the route on a daily basis. There was a dire need for improved signage and traffic calming measures. He was willing to utilise some of his own discretionary budget to help fund the works.

Cllr Bergin who had raised the issue in the past agreed that the works are urgently required due to the heavy traffic and the location of the school nearby. He too would put forward funding from his own discretionary allocation to facilitate such works. The approach roads to the village the R445 and the L1050-58 are at issue.

Cllr John King said they could discuss the matter at the Muintir na Tíre meeting and by working together they could help resource the works.

When he called for the Council to install additional public lighting in the village at Timmy Phelan’s house, Cllr Bergin had a serious claim to make.

“Because it’s so dark cars are pulling in there at night and there is drug dealing going on around the bottle banks. There are no lights on this side of the village. We need lights and CCTV there to deter vehicles pulling up, dealing drugs, and dumping and this would also help with the detection of these culprits.

“There’s only one light there, it’s pure black at night and it’s an accident waiting to happen as it needs 8 to 10 lights to make that junction safe,” contended Cllr Kelly.

“By total contrast the Pike-of-Rushall and Castletown are really well lit up, you’d think you were in Las Vegas or Reno but despite the merging traffic at this busy location there is nothing and it needs to be addressed.

See Also: ‘There is someone going to be killed’ unless something is done