Ballyroan-Abbey U-14s were presented with their Feile winning medals at a ceremony recently.

The lads triumphed in the Laois ‘B’ competition back in April.

They took on The Harps where they ran out narrow one point victors.

There was little or nothing between these two teams at the end of the game as The Harps came back from a seven point deficit at half-time to come up just one shy by the final whistle.

Kyle Mullen and Ted Whelan scored first half goals while Fionn Delaney popped up with a point to leave them 2-1 to 0-1 ahead at half time.

Darren Mulhall added a point at the start of the second half and although The Harps embarked on a mighty comeback, they fell short.

And the Ballyroan-Abbey youngsters were presented with their medals by fellow clubman and Laois senior football Diarmuid Whelan. 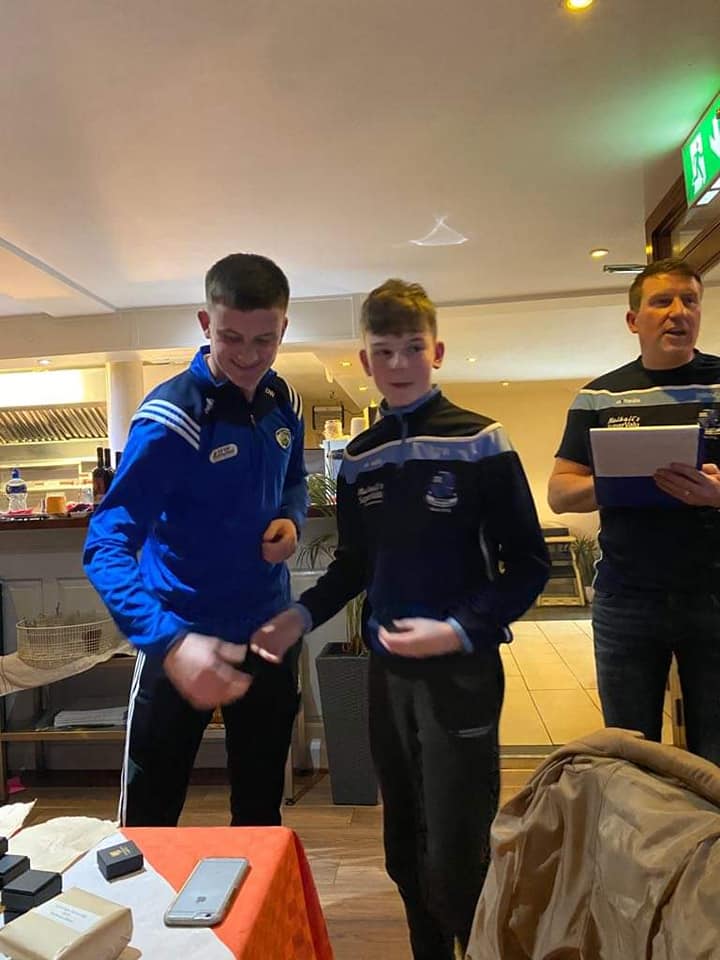