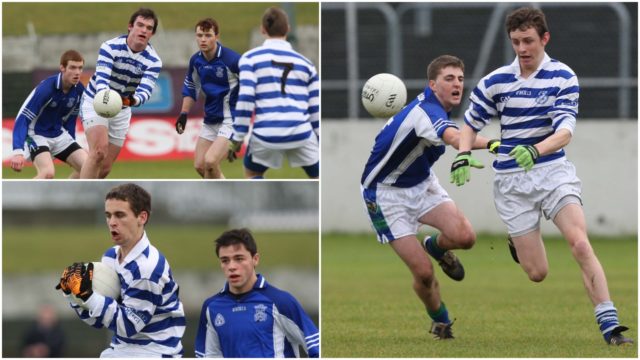 For this week’s Remember The Game, we go back nine years to the first Round of the Leinster school’s Senior Football championship where Knockbeg took on Malahide.

Knockbeg had a squad with several future inter-county players on their panel and also Tom Daly who now plays rugby with Connacht.

Despite having completely dominated the opening half, Knockbeg found themselves in a very worrying position at the break as they were behind, 2-2 to 0-2.

This was due to the 11 wides they kicked during the first half.

Malahide only had four attacks in the first half and racked up 2-2 with those.

Their conversion rate improved considerably in the second half as they only kicked two wides.

The Knockbeg Army gave a spine-tingling roar when they ran back onto the pitch and it showed that it fired up the players up as Danny Alsybury scored 2 goals in the first 10 minutes of the second half.

Paul Kingston started hitting his frees and scored an excellent goal in the dying minutes of the game.

Chris Conway was now given the luxury of using his subs to try kill time.

Knockbeg were made work for their win but their quality was the difference in the end.

This win left Knockbeg with a matchup against Colm O’Rourkes St Pats of Navan, who were defending champions, in the next round where they were beaten..