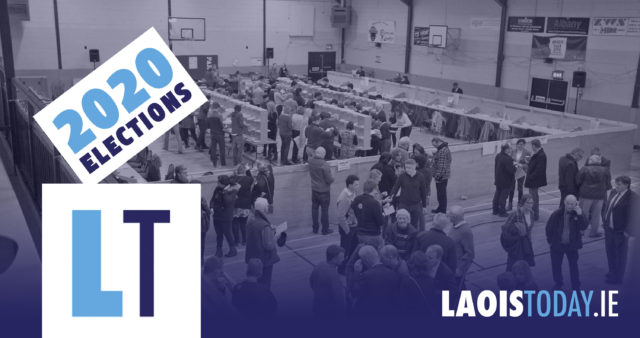 Big names lined up as launches continue at pace

In the last week, Fianna Fáil, Fine Gael and Sinn Féin have all held launches in Laois-Offaly and there’s two more these evening.

Portlaoise-based Fianna Fáil candidate Pauline Flanagan – who spoke passionately at her party’s event in the Tullamore Court Hotel last Saturday – is having her her own launch in O’Loughlin’s Hotel this evening at 6.30pm.

Across the border in Kildare, Cathal Berry – who has been living in Portarlington for the past 16 years and is running in the Kildare South constituency – is having a gathering in the Keadeen Hotel in Newbridge.

And he has a couple of big hitters lined up to help launch his bid for a Dáil seat – with former Minister and current Senator Michael McDowell and Senator Gerard Craughwell (who was initially a Presidential candidate in 2018) both attending.

One of the issues that has had got plenty of air time so far this General Election campaign has been the proposals to increase the retirement age and the situation that then leaves people in when it comes to receiving the state pension.

Brian Stanley, a Sinn Féin candidate in Laois-Offaly and a TD since 2011, has hit out strongly at the proposals.

“It should be the unquestioned right of any 65-year-old to retire on a State pension if they so wish,” he said in a statement.

“At that age, we will all have done our heavy lifting, we will have worked hard, paid our bills and paid our taxes to this State.

The afore-mentioned Pauline Flanagan, who is looking to make up for a disappointing showing in the Local Elections when she lost her seat on Laois County Council (albeit one she had held only briefly following her co-option in place of the late Jerry Lodge), drew large cheers of support at the party’s launch last Saturday night.

The reason? She suggested that voters of Laois-Offaly send her to the Dáil instead of her namesake Charlie.

“Given the ongoing uncertain nature of the hospital in Portlaoise, now is the time to put the right Flanagan in.”  She said that she had marched with thousands of people from Laois into the centre of Portlaoise on the 3rd December 2017 and heard Minister Charlie Flanagan tell the people of Laois that he would represent   Laois in relation to the hospital.

“Three years later we are none the wiser and it is now time for new blood and for someone with the drive, the hunger and the ability to be elected by the people of Laois.” 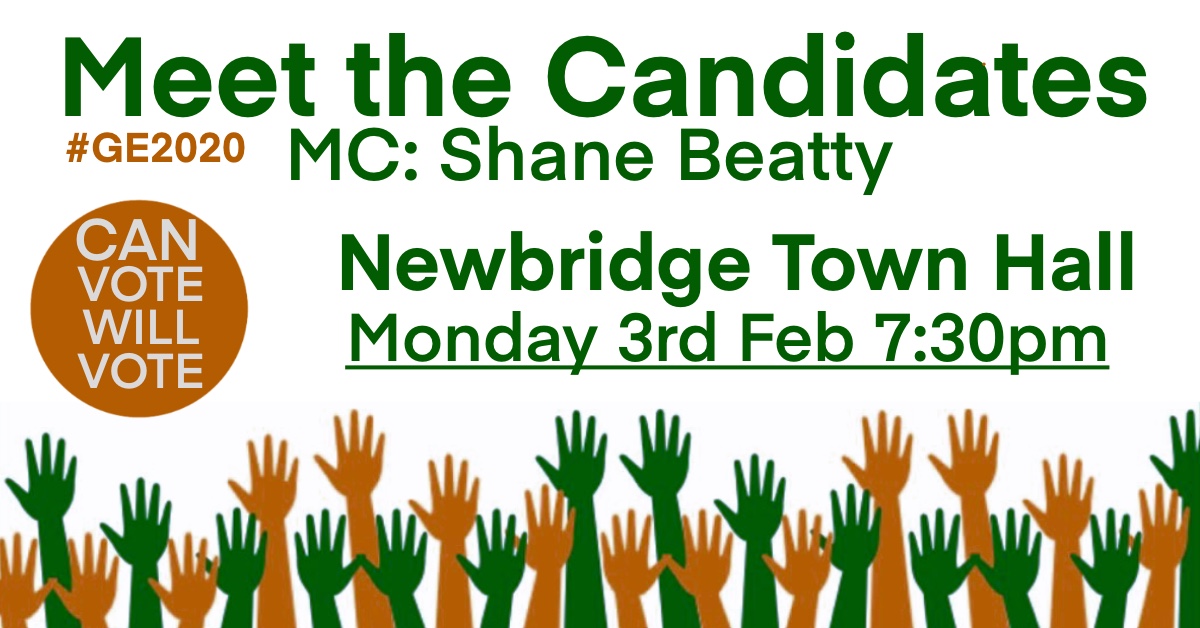 The incredibly unpopular decision to separate a large chunk of Laois and send it in to Kildare South has meant that thousands of voters in Ballybrittas, Killenard and Portarlington (as well as Gracefield on the Offaly side of the border) will now be voting for candidates they won’t be as familiar with.

But there is an event scheduled in Newbridge on the Monday before election day that may be of interest.

A Town Hall event is taking place in Newbridge on Monday 3rd February at 7.30pm to allow the South Kildare electorate ask questions of the candidates seeking their votes.

The event is being co-hosted by Newbridge Community Development and Kilcullen Community Action.

MC is Shane Beatty – formerly of KFM and now with Newstalk.

Doors open 7pm to allow people to talk to candidates before the forum.

Raheen native Adrian Kavanagh – a lecturer in Maynooth University – is an absolute mine of information and he really comes alive at election time.

The Irish Times have had their Inside Politics podcast going for some time now but for the course of the Election campaign they have been putting out a daily show (and sometimes even a second episode).

Presented by Hugh Linehan, the podcasts are only 10-15 minutes in length and are snappy, informative and an easy listen.

Contributions mostly come from their own political team – including Fiach Kelly, Jennifer Bray and Pat Leahy.

The Healy-Raes. You can love or hate them but it’s impossible to ignore them.

Brothers Michael and Danny are once again seeking to be elected in the Kerry constituency and Michael this week released an election song. To the tune of ‘Come out ye Black and Tans’ (God only knows where he got the inspiration for that), the song and accompanying video shows Healy-Rae campaigning in Kerry and speaking in that Dáil.

“Get out anyway you can and vote for the main man/It’s Michael Healy-Rae, he’s from Kilgarvan/You see how Healy-Rae will work both night and day/For the Kingdom, for the country in Dáil Éireann,” the song goes.